Foreign Minister Yair Lapid reportedly spoke with Interior Minister Ayelet Shaked on Saturday night to defuse tensions within the coalition, after an unnamed minister criticized her for publicly opposing a Palestinian state.

In their phone call, the two agreed to continue working together, Channel 12 news reported.

Shaked on Friday hit out against the unnamed minister who criticized her for an interview she gave with The National while visiting the United Arab Emirates for the Dubai Expo. The hawkish minister reiterated her opposition to the two-state solution and said the government would not address the matter or any other issue that could divide the diverse ruling coalition.

Shaked, a senior member of Prime Minister Naftali Bennett’s right-wing Yamina party, also said she supports managing the conflict with the Palestinians but not resolving it.

Her comments, which largely echoed positions expressed by Bennett, struck a chord with at least one minister.

“To travel to Abu Dhabi and actually say there that there will be no Palestinian state is either intentional sabotage of a fresh and sensitive peace agreement or a complete misunderstanding of how a country’s foreign relations work,” the unnamed minister told the Yedioth Ahronoth daily. 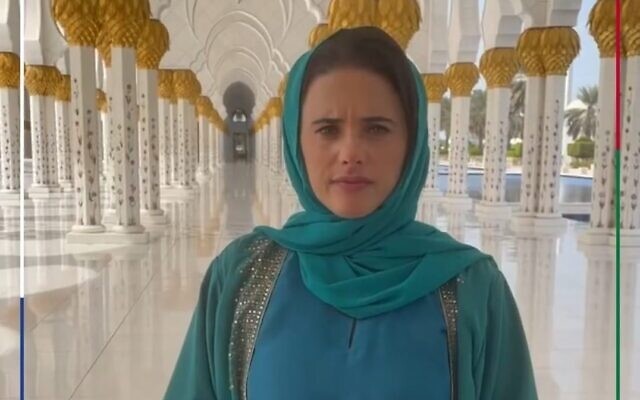 “My truth is the same truth in Israel or the United [Arab] Emirates. When I was asked in an interview if a Palestinian state will be formed, I answered ‘no.’ The Emiratis prefer to hear the truth and not diplomatic lies that will be sold to them,” she wrote.

She said the UAE wants peace with Israel for its “economic, military, social and diplomatic benefits. This is what is important to them, not other things.”

Shaked also took a swipe at the unnamed minister who spoke with Yedioth, saying she was willing to give the minister “lessons in foreign relations.”

Israeli television reports Friday said Shaked’s comments were seen as a shot at Lapid, who is set to take over as premier in 2023 as part of the power-sharing agreement with Bennett. 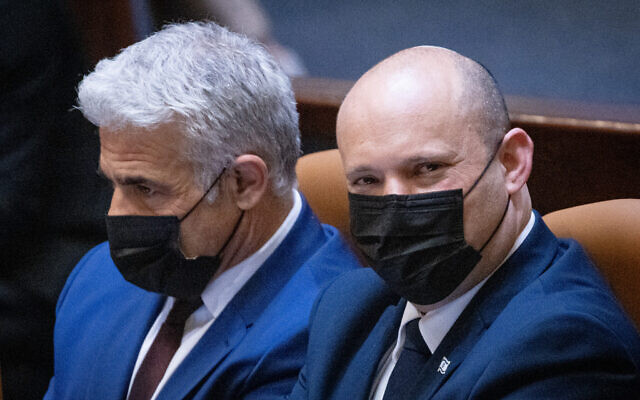 The reports did not explain why Shaked suspects Lapid was the minister who spoke with Yedioth but noted he visited the UAE in June. Earlier this week, Lapid said the government will not neglect the Palestinian issue “forever and ever.”

According to Channel 12, unnamed ministers have complained to Bennett about Shaked, claiming that she is holding talks with right-wing opposition figures on various matters and that her conduct indicated she wants to replace Bennett one day as Yamina chief or join former prime minister Benjamin Netanyahu’s Likud party.

The ministers also reportedly claimed she was using her position as interior minister to strengthen ties with Likud mayors.

“We have a direct connection to Ayelet Shaked. The feelings are good, she’s available, the director-general is available even more than the previous minister [Aryeh] Deri,” an unnamed Likud mayor said. “Her aides call and ask if I need anything. It could be she really is thinking forward.”

Meanwhile, Defense Minister Benny Gantz denied any discontent amid recent reports of tensions between him and Bennett. 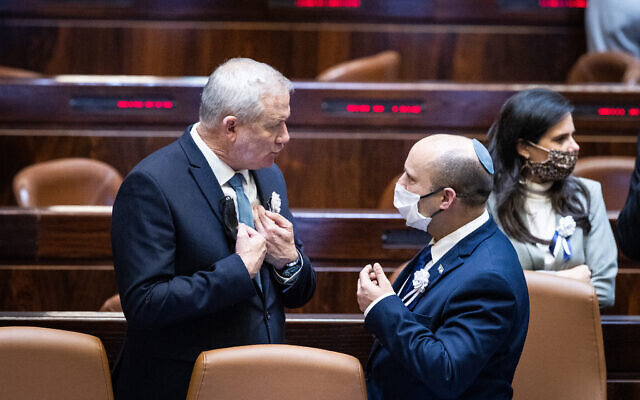 “In contrast to all types of personal and false rumors and briefings which I got used to in the past two years, I have great satisfaction from my role as defense minister,” he wrote on Facebook on Friday.

On Saturday, Channel 12 reported that contacts were being made to restore calm between Gantz and Bennett, despite the earlier denial.