A huge complex of 1,500-year-old winepresses capable of producing some two million liters of wine a year has been uncovered by archaeologists in the city of Yavne, south of Tel Aviv.

The plant includes five wine presses, warehouses for aging and bottling the wine, and kilns for firing the clay amphorae in which the wine was stored, the Israel Antiquities Authority said on Monday.

The site has been dated back to the Byzantine era, around the 4th-5th century CE, and is the largest such complex known to exist from the period.

Archaeologists discovered intact earthen jars as well as tens of thousands of fragments at the complex, which also featured well-planned access routes between the different facilities.

The directors of the excavation said the size of the site and its capacity to produce such a large quantity of wine using manual production methods was unexpected.

“We were surprised to discover a sophisticated factory here, which was used to produce wine in commercial quantities,” said Dr. Elie Haddad, Liat Nadav-Ziv and Dr. Jon Seligman in a joint statement. “Furthermore, decorative niches in the shape of a conch, which adorned the winepresses, indicate the great wealth of the factory owners.”

“A calculation of the production capacity of these winepresses shows that approximately two million liters of wine were marketed every year, while we should remember that the whole process was conducted manually,” they said.

Because water at the time was often not sterile or very tasty, drinking wine in ancient times was very common for both adults and children. Wine was added to water to improve its taste or simply substituted for drinking water. 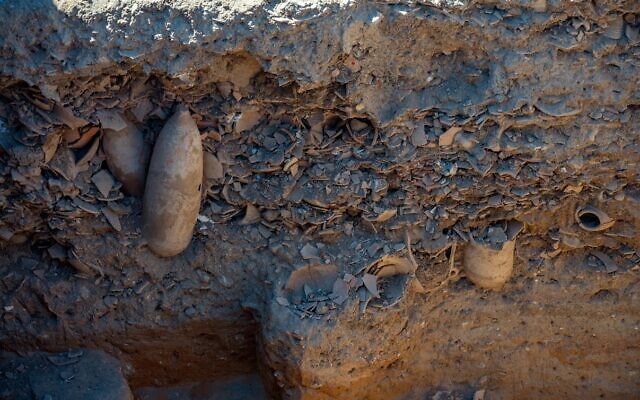 Each winepress at the Yavne site covered an area of ​​about 225 square meters, with a treading floor where the grapes would be crushed by bare feet surrounded by separate compartments and vats for fermenting and storing the wine. 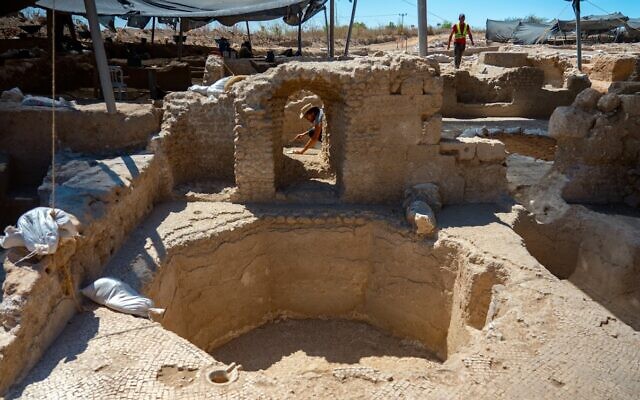 Between the winepresses were four large warehouses that served for aging the wine in elongated amphorae known as “Gaza jars,” which were made at the site in large kilns.

The IAA said that “Gaza and Ashkelon Wine” was considered a quality wine brand of the ancient world, with a reputation that went beyond the immediate vicinity of the winepresses. The archaeologists said the wine was marketed through the ports of Ashkelon and Gaza — hence its name — and then transported throughout the Mediterranean Basin. 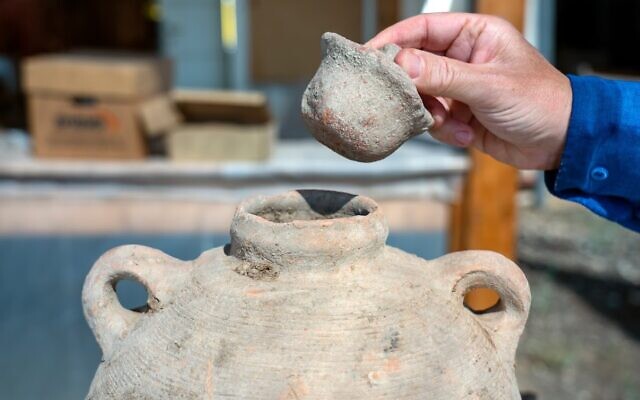 The excavations at Yavne also uncovered even older winepresses, dating back to the Persian period some 2,300 years ago, the IAA said.

“In the Mishna [Jewish oral traditions] it is said that after the destruction of Jerusalem [in 70 CE], the Jewish leadership migrated to Yavne, and that the sages of Yavne lived in a vineyard and studied Torah. The excavation shows a continuum of existence of the wine industry at the site over many centuries,” the archaeologists said. 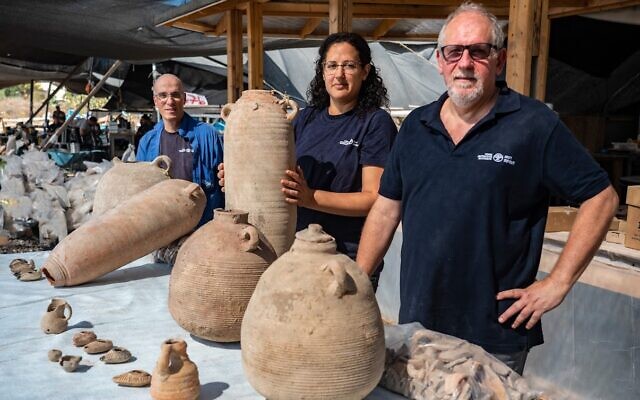 (R to L) Dr. Jon Seligman, Liat Nadav-Ziv and Dr. Elie Haddad with some of the wine jars found at the Byzantine winepress in Yavne (Israel Antiquities Authority)

Tours of the site will be offered in the near future before it is covered up to protect it from winter rains, with pre-registration required here or on the IAA’s Facebook page. The site will be preserved and later opened as an archaeological park. 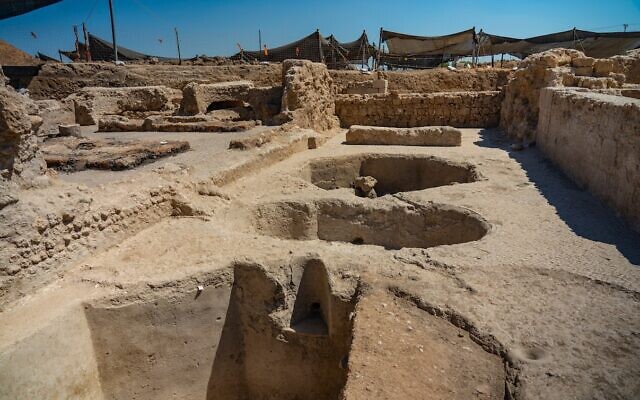