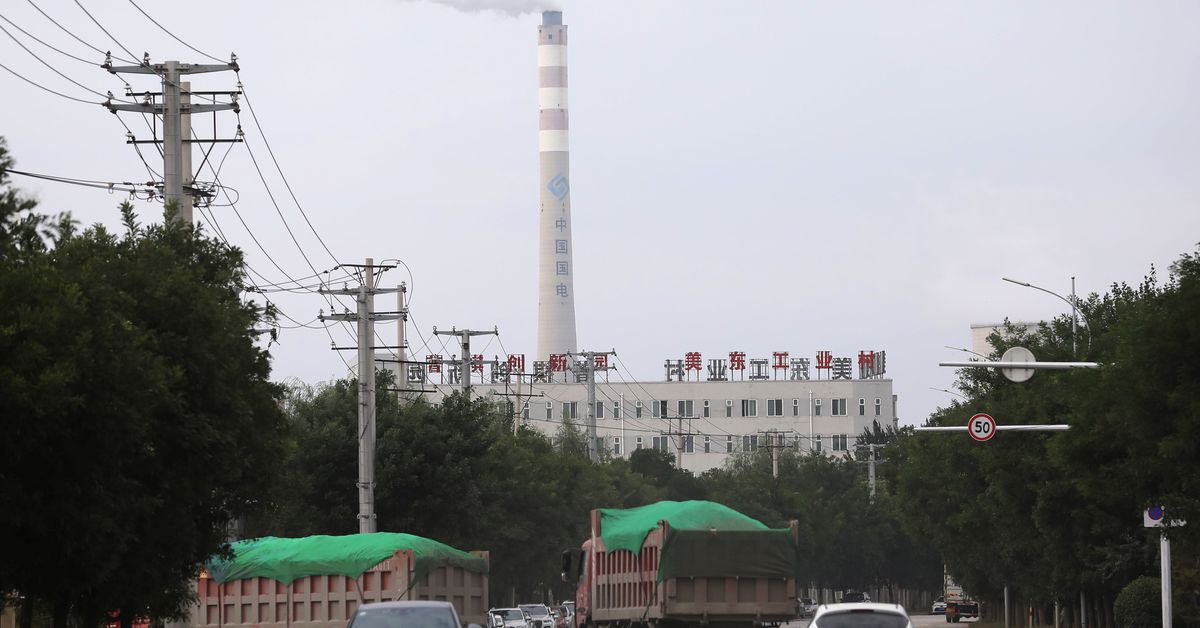 Liaoning has the biggest economy and consumes the most power of the three provinces making up China’s rust-belt industrial region. It has been suffering widespread power cuts since mid-September. A level-two alert indicates a power shortage equivalent to 10%-20% of total demand for power.

The rebound in global economic activity as coronavirus restrictions are lifted has exposed shortages of fuels used for power generation in China and other countries, leaving industries and governments scrambling as the northern hemisphere heads into winter. read more

“The biggest power shortage could reach 4.74 gigawatts (GW) on Oct 11,” a notice issued by the Liaoning Provincial Industry and Informatization Department said.

The province also issued level-two alerts for each of the last three days of September, when the daily power shortage reached as much as 5.4 GW, leaving hundreds of thousands of households without electricity and forcing industrial plants to suspend production.

The drop in output from power plants followed tightening supply and sky-rocketing prices for coal, used to generate more than 70% of electricity in the region. Wind farms have also been idled due to slow wind speeds. Wind power made up 8.2% of Liaoning’s power generation in 2020.

The energy crisis, which has led to fuel shortages and blackouts in some countries, has highlighted the difficulty in cutting the global economy’s dependency on fossil fuels as world leaders seek to revive efforts to tackle climate change at talks next month in Glasgow. read more

China will “strictly control” coal-fired power generation projects, and “strictly limit” the increase in coal consumption over the 14th Five-Year plan period from 2021-2025 while making a phased reduction in consumption in the next five-year plan, Vice Premier Han Zheng said in a joint statement issued on Monday after a China-EU environment and climate dialogue.

Analysts and traders say China could face a 12% drop in industrial power consumption during the fourth quarter, as the supply of coal is expected to fall short this winter.

“China is taking steps to try alleviate the tightness in the domestic coal market, by pushing local mines to increase output.” analysts at ING said in a Monday note to clients.

However, about 60 coal mines in China’s largest coal-mining province Shanxi have been closed and several railway lines disrupted as of Friday, as heavy rain caused flooding. But the Shanxi government has not disclosed how much production capacity those closed mines represent.

“Over 70% of China’s coal-fired power plants are loss-making due to high coal costs,” Citi analysts said in a note on Friday.

Moody’s Investors Service in a report said: “China’s electricity cuts will add to economic stresses, weighing on GDP growth for 2022. And the risks to GDP forecasts could be larger as disruptions to production and supply chains feed through.”