The Knesset on Monday launched a new caucus dedicated to the Abraham Accords, the US-brokered normalization deals with Arab countries reached one year ago.

Jared Kushner and Ivanka Trump were in attendance alongside former prime minister Benjamin Netanyahu, representing the since-ousted US and Israeli leaderships that signed the normalization agreements between Israel and the United Arab Emirates, Bahrain, Morocco and Sudan.

But Defense Minister Benny Gantz — who also held that position during the previous Netanyahu-led government — touted the role of his own Blue and White party in reaching the accords, which were announced alongside the scrapping of plans to annex large swaths of the West Bank.

“The fact that we prevented a unilateral annexation enabled the Abraham Accords to solidify and move ahead,” Gantz said, in an apparent swipe at Netanyahu, the current opposition leader.

“I am happy these peace agreements were signed and I am sure they will be broadened and drive change in the Middle East, because this is peace between peoples,” he said, adding that Jerusalem “is acting to expand the agreements and even add more agreements.”

“We must not forget the important peace deals with Egypt and Jordan, which are an asset to the State of Israel,” Gantz added. “We have a duty to develop all the peace agreements and also to continue to work to achieve peace with the Palestinians.” 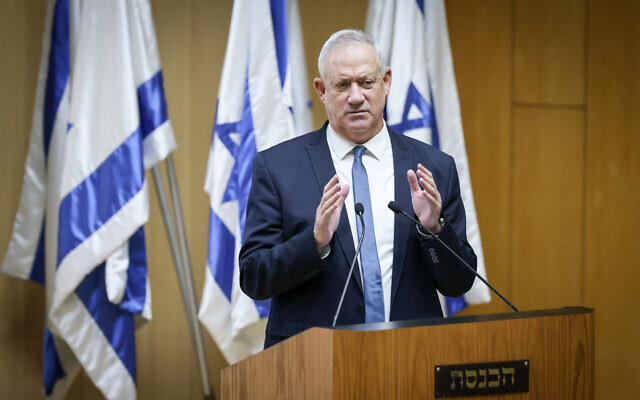 During the event, Foreign Minister Yair Lapid also said that the new government was advancing normalization with more Arab states.

“We renewed relations with Egypt, we opened embassies, we improved our relations with the US,” said Lapid. “I call upon the Palestinians, and every Arab nation that is listening: We seek peace. Peace is not a compromise or a weakness but rather an embodiment of the human spirit. Those living in the Middle East are welcome to look around and see which countries are in a better position — those who seek peace, or those who seek war.”

Lapid is set to pay a three-day visit to the United States, starting Tuesday, during which he will meet with US Secretary of State Antony Blinken and the UAE’s foreign minister. 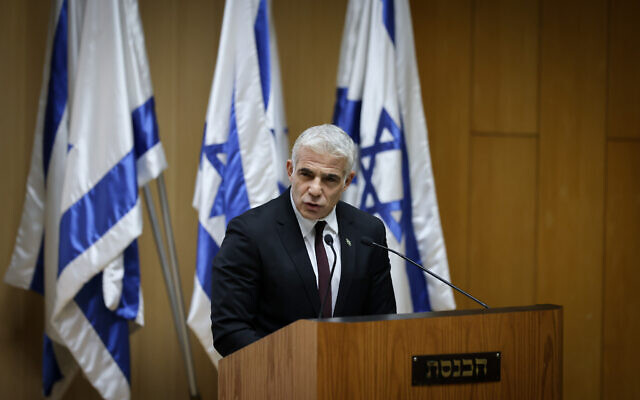 “One of the subjects [that will come up] in my trip to Washington [departing] tonight is expanding the number of nations that are in this agreement,” Lapid said during the event.

“I want to thank president Trump for his role in the agreements and thank opposition leader Netanyahu, who did a great thing with these agreements,” added Lapid.

Netanyahu himself, who met Kushner and Trump in the Knesset before the event, said: “As long as people said peace can’t be made with the Arab world without peace with the Palestinians, we couldn’t have achieved peace. We broke the Palestinian veto and brought four historic peace deals.”

Kushner and Trump — the senior adviser and the daughter of former US president Donald Trump, respectively — did not request to meet with Prime Minister Naftali Bennett during their visit, The Times of Israel has learned.

Tal Schneider contributed to this report