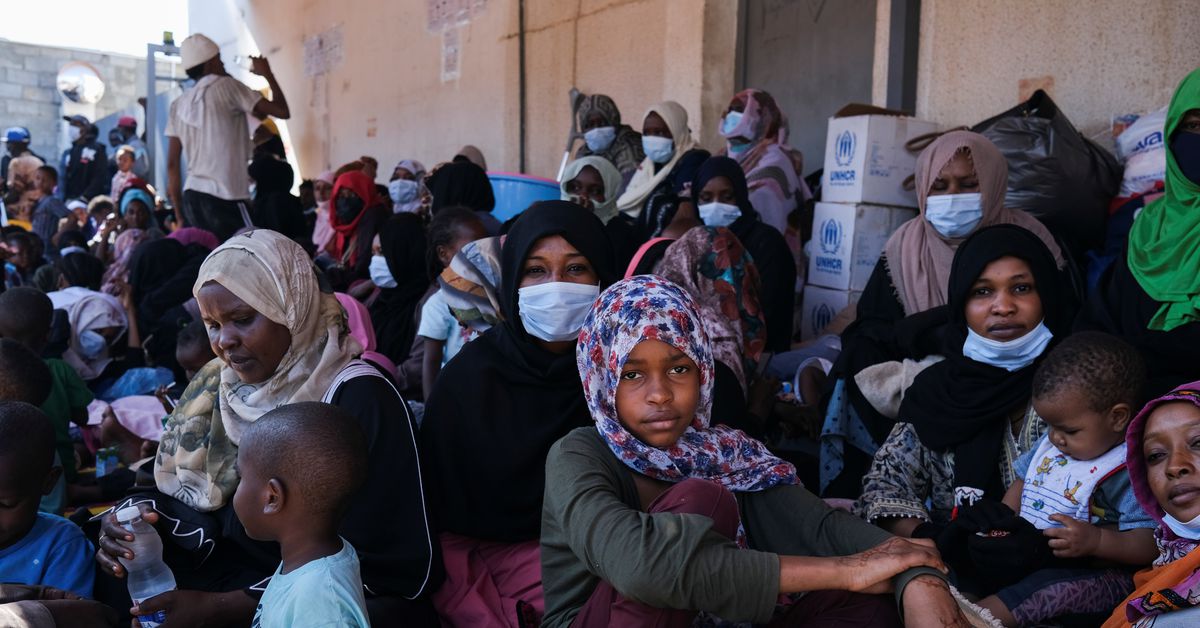 TRIPOLI, Oct 10 (Reuters) – Hundreds of migrants and refugees waited outside a United Nations centre in Tripoli on Sunday to seek help in escaping Libya after what aid groups called a violent crackdown in which thousands were arrested and several shot.

The migrants say they have faced violent abuse and extortion in a country that has had little peace for a decade, but has become a major transit point for people seeking to reach Europe in search of a better life.

“We are guilty of nothing except emigrating from our country… but we are treated as criminals and not as refugees,” said Mohamed Abdullah, a 25-year old from Sudan.

He said he had been beaten and tortured during his detention in five different centres in Libya, and that he had nowhere to go for shelter or food.

Armed forces in Tripoli began a series of mass arrests a week ago, detaining more than 5,000 people in overcrowded detention centres as aid and rights groups voiced alarm.

On Friday, guards in a centre killed at least six migrants there as the overcrowding led to chaos, the U.N. migration agency IOM said, and scores managed to flee the area before being detained again. read more

Many of the people waiting outside the U.N. centre in Tripoli, some sleeping on the pavement, were wounded, with bandages on their heads, legs or hands. Some walked only with crutches or the help of friends.

They spoke of hunger, desperation and abuse. “I was beaten and humiliated a lot in prison. Many were beaten and tortured,” said Matar Ahmed Ismail, 27, from Sudan.

Libya’s Government of National Unity said it was “dealing with a complex issue in the illegal migration file, as it represents a human tragedy in addition to the social, political and legal consequences locally and internationally”.

The U.N. refugee agency UNHCR said it was trying to help people waiting at the centre and urged crowds there to disperse so it could assist the most vulnerable. It added it was ready to assist with humanitarian flights out of Libya.

Nadia Abdel Rahman came to Libya three years ago from Eritrea via Sudan with her husband, her son and her sister, brother-in-law and nephew, hoping to reach Europe by sea.

She said her husband had been seized by criminals who demanded a ransom but killed him even though she paid. Her brother-in-law died at sea when attempting to cross the Mediterranean.

She was arrested last week in the crackdown, she said. “We only want one thing, and that is to not live in Libya,” she said.

Mousa Koni, a member of Libya’s three-man Presidency Council, which acts as interim head of state, on Saturday said he had intervened with the Interior Ministry “to end this suffering”.

Sorgente articolo:
Migrants in Libya fearful and angry after crackdown and killings – Reuters