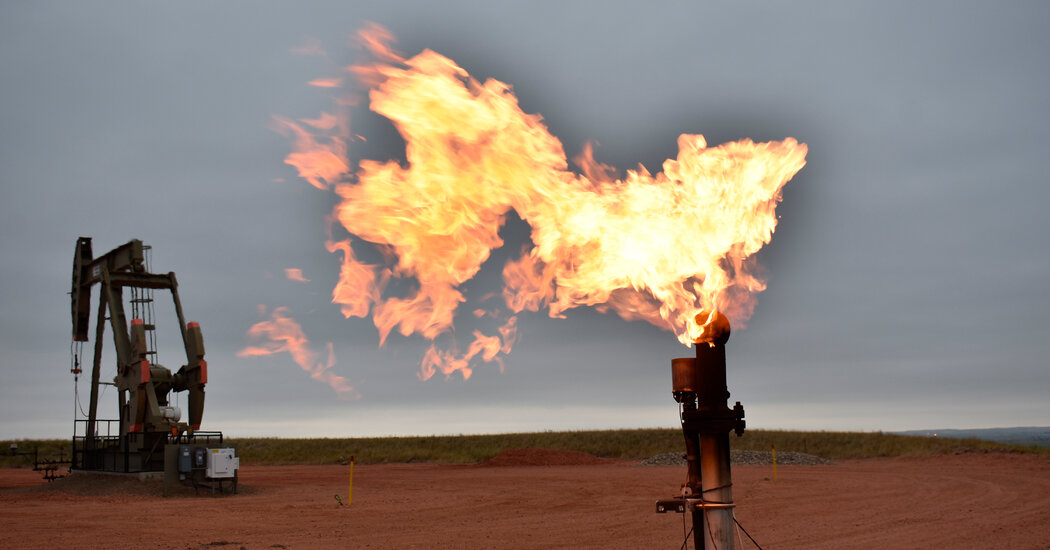 WASHINGTON — The Biden administration on Monday announced 32 countries have joined the United States in a pledge to reduce methane emissions, part of an effort to set new targets to slow global warming ahead of a major United Nations climate summit in Glasgow next month.

Methane is the second most prevalent greenhouse gas after carbon dioxide but much more potent in the short-term in its ability to heat the planet. It is the main component of natural gas and is also released into the atmosphere from landfills, by livestock and from thawing permafrost.

The pledge, developed with the European Union, commits nations to cut emissions from methane 30 percent by 2030.

While the four heaviest emitters of methane — China, India, Russia and Brazil — have not joined the pledge, the administration announced that nine of the world’s top 20 methane polluters have signed on. In addition to the United States and the E.U., they are Canada, Indonesia, Pakistan, Mexico and Nigeria, Argentina and Iraq.

The pledges come three weeks before President Biden and other world leaders are expected to attend the U.N. conference in Scotland, which is aimed at persuading nations to slow global warming so that temperatures rise no more than 1.5 degrees Celsius, compared to levels before the Industrial Revolution.

That’s the threshold beyond which scientists say the dangers of global warming — such as deadly heat waves, water shortages, crop failures and ecosystem collapse — grow immensely. Average global temperatures have already risen by about 1.1 degrees Celsius.

John Kerry, Mr. Biden’s climate envoy, said on Monday that scientists have found methane emissions account for about half of that temperature rise. He called cutting methane the “single fastest strategy that we have to keep a safer 1.5 degree Centigrade future within reach.”

The administration estimated that if nations succeed, they will shave 0.2 degrees Celsius of warming from the atmosphere by 2050.

“Cutting methane pollution is the fastest opportunity we have to help avert our most acute climate risks, including crop loss, wildfires, extreme weather and rising sea levels,” Fred Krupp, president of the Environmental Defense Fund, an environmental group, said in a statement.

Inger Andersen, the head of the United Nations Environment Program, said at the online meeting that cutting methane is not a “get out of jail free card.” It must compliment efforts to cut carbon dioxide emissions, she said.

The technology exists right now to cut 75 percent of global methane emissions from oil and gas operations by 2030, according to a report last week from the International Energy Agency.

The Biden administration also announced Monday that 20 philanthropies have announced commitments of $223 million to support countries’ plans to implement the methane pledge.