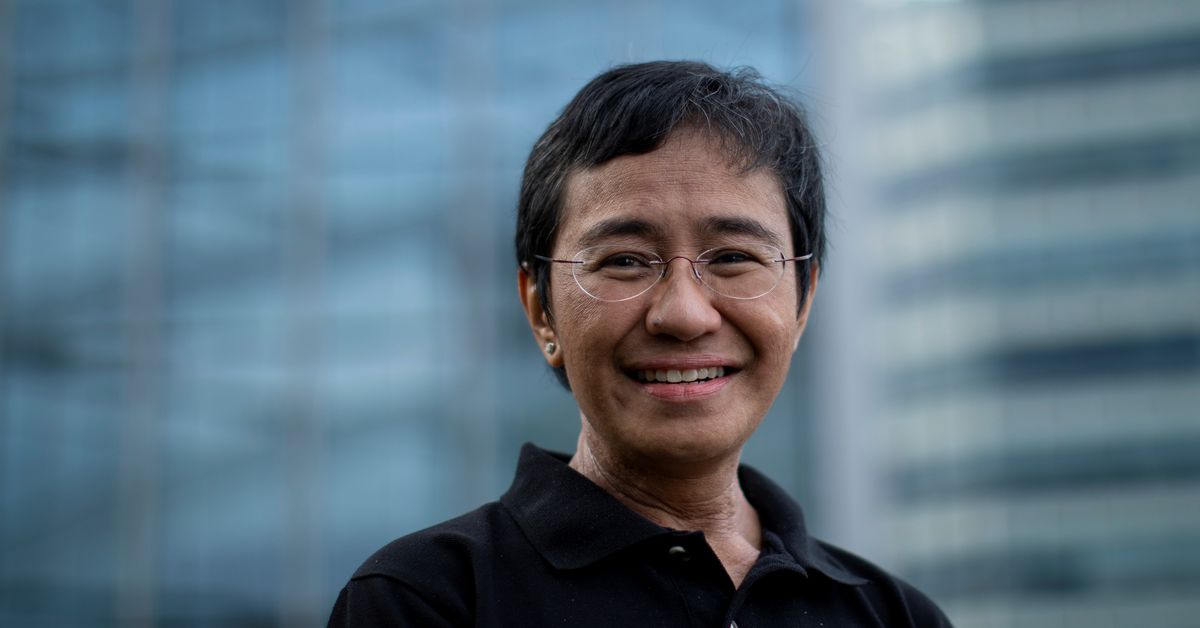 MANILA, Oct 11 (Reuters) – Philippines President Rodrigo Duterte’s office on Monday congratulated journalist Maria Ressa for winning the Nobel Peace Prize, calling it “a victory for a Filipina” for which it was happy to see.

Ressa, founder of Philippine news site Rappler, and Dmitry Muratov shared the 2021 prize after braving the wrath of the leaders of the Philippines and Russia to expose corruption and misrule.

Ressa has been fighting multiple legal challenges in courts related to Rappler’s dogged investigative reporting of Duterte’s government, its bloody war on drugs, and its use of social media to target opponents.

“It is a victory for a Filipina and we are very happy for that,” presidential spokesperson Harry Roque told a regular news conference, responding to a question on what the award meant for the government.

“Of course it is true there are individuals who feel Maria Ressa still has to clear her name before the courts,” he said, in the first comment on Friday’s award from Duterte’s camp.

The firebrand leader has described Rappler, launched in 2012, as a “fake news outlet” and a tool of the U.S. Central Intelligence Agency, which Ressa has dismissed as nonsense.

The Prize was hailed by many in the Philippines, with critics saying it is a rebuke on Duterte, a frequent critic of Rappler.

It was the first Nobel Peace Prize for the Philippines and the first for journalists since the German Carl von Ossietzky won it in 1935. The Kremlin congratulated Muratov on Friday, describing the investigative journalist as talented and brave.

Asked on Monday what her message would be to Duterte, Ressa urged him not to pursue a divide and conquer approach.

“I beg you, unite this nation. Don’t tear us apart,” she said in an interview with news channel ANC.