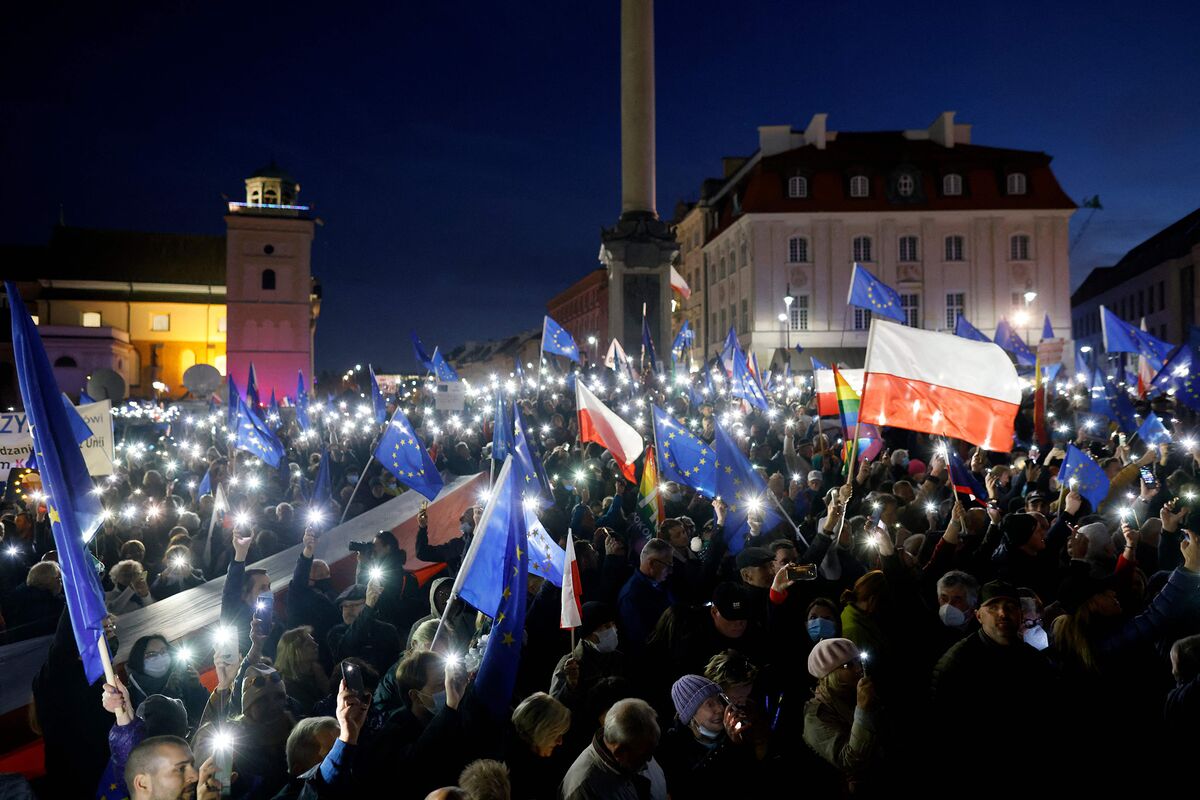 Poles took to the streets to show support for
European Union membership after a controversial court verdict plunged the country’s already fraught relations with the bloc to a new low.

As many as 100,000 people thronged a square at Warsaw’s historic old town on Sunday evening after former European Council president and opposition leader Donald Tusk urged his
compatriots to protest the ruling that rejected a pillar of EU law. The judgment threatens to sink billions of euros in aid and has sparked concerns the biggest eastern member might one day end up leaving the bloc.