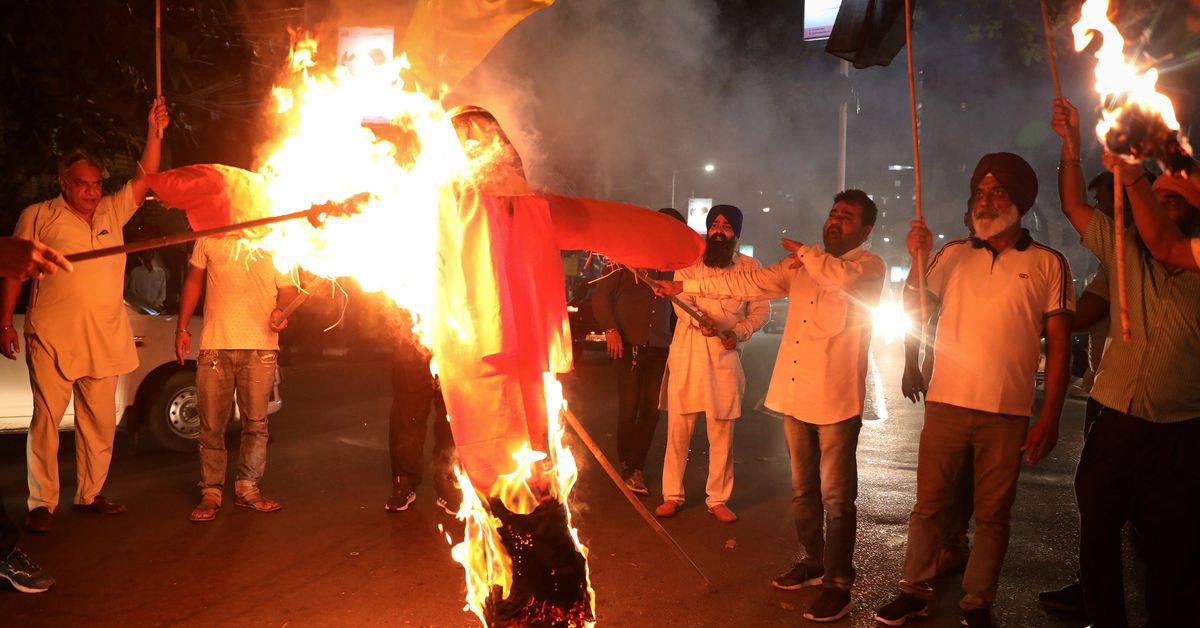 The farmers, killed on Oct. 3 in the northern state of Uttar Pradesh, were part of India’s longest-running agricultural protest, opposing laws they fear will reduce guaranteed minimum prices for their crops.

Police arrested Mishra late on Saturday after questioning him for more than 10 hours, said Deputy Inspector General Upendra Agarwal, who is heading the probe. Mishra had not responded to a police summons on Friday.

“We are taking Ashish Mishra in custody. He was not cooperating in the investigation,” Agarwal said.

Mishra’s lawyer and father could not be reached for comment.

Farmers say the car that crashed into the protesters, about 130 km (80 miles) north of the state’s capital Lucknow, was owned by the son of the junior home minister.

Ajay Mishra Teni said at the time his son was not at the site and that a car driven by “our driver” had lost control and hit the farmers after “miscreants” pelted it with stones and attacked it with sticks and swords.

The incident sparked protests that claimed four more lives, including that of a local journalist.

Tens of thousands of farmers have camped for months on major highways to New Delhi to oppose the three laws. They say the legislation will erode a longstanding mechanism that gives farmers a minimum guaranteed price for their rice and wheat.

The government says the laws will help growers get better prices.

The protests have gained momentum in Uttar Pradesh ahead of a state assembly election next year, with a group of influential farmer leaders ratcheting up pressure on Prime Minister Narendra Modi’s government to roll back the laws.