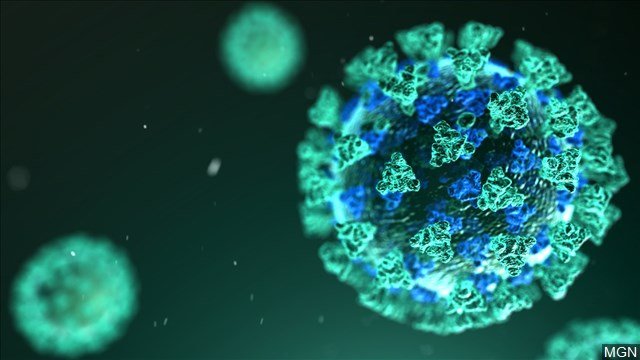 The big picture for Covid-19 in the US is looking a little brighter as new infections and hospitalizations decline.

“That’s the good news. And hopefully it’s going to continue to go in that trajectory downward,” said Dr. Anthony Fauci, director of the National Institute of Allergy and Infectious Diseases.

“But we just have to be careful we don’t prematurely declare victory in many respects. We still have around 68 million people who are eligible to be vaccinated that have not yet gotten vaccinated,” Fauci said Sunday.

“If you look at the history of the surges and the diminutions in the cases over a period of time, they can bounce back.”

In 45 states, the rates of new Covid-19 cases either declined or stayed relatively steady this past week compared to the previous week, according to data Saturday from Johns Hopkins University.

Five states — Montana, Colorado, Minnesota, Michigan and Pennsylvania — had at least 10% more new cases this past week compared to the previous week.

In Michigan, an emergency room physician said his hospital is still overwhelmed with patients.

“I had just worked a couple of shifts in a row where I had six, seven people sitting in the emergency department, waiting for beds at other hospitals that didn’t exist,” Dr. Rob Davidson said Saturday.

He said some ambulances “were six, seven hours away from being able to bring them to those places.”

About 52% of Michigan residents have been fully vaccinated — lower than the national average of 56.4%, according to data Saturday from the US Centers for Disease Control and Prevention (CDC).

But the US has about 95,000 new infections reported daily, which is “still way too high,” he said.

“I would like to see it well below 10,000 and even much lower than that,” Fauci said. “But when you’re at 95,000, that’s still a situation where you have a high degree of dynamic circulation of virus.”

And while daily Covid-19 deaths have declined in recent weeks, an average of more than 1,600 Americans are dying from Covid-19 every day, according to data this past week from Johns Hopkins University.

Death isn’t the only terrible outcome with Covid-19

It’s important for people to understand “not dying from Covid is a great thing, but that isn’t the only metric we should be using,” Davidson said.

He said at his hospital, some Covid-19 patients have been on a ventilator for more than a month, and some have endured invasive procedures to stay alive.

Even if they recover physically, some Covid-19 survivors end up suffering from post-traumatic stress disorder, or PTSD, due to time spent in the ICU, Davidson said.

A study published in February found 30% of Covid-19 survivors experienced PTSD, which is a psychological illness that usually occurs after someone has a life-threatening experience.

Negative effects were found in people infected in their third trimester of pregnancy, as well as their babies.

Between March and September of last year, symptomatic pregnant people at one Israeli hospital had higher rates of gestational diabetes, a lower white blood cell count, and experienced heavier bleeding during their delivery. Their babies also experienced more breathing problems, a research team reported in the Journal of Maternal-Fetal and Neonatal Medicine.

The study has limitations since it only looked at women in one hospital, so its findings may not be true for all people who are pregnant.

Then there is long Covid — when symptoms can last months after infection.

Breathing problems, abdominal symptoms such as abdominal pain, diarrhea, fatigue, pain, anxiety and depression were among the most common issues reported.

Accompanying data showed as many as 46% of children and young adults between the ages of 10 and 22 had experienced at least one symptom in the six months after recovering.

A recent study by the Pew Research Center showed White evangelical Protestants were among the least likely adults to get vaccinated.

The director of the National Institutes of Health — who identifies as an evangelical Christian — said it is time for that to change.

“Christians, of all people, are supposed to be particularly worried about their neighbors,” Dr. Francis Collins told CNN on Saturday.

He said those who are unvaccinated are more likely to get infected and spread the coronavirus to others.

But for some reason, many evangelical Christians “have had a lot of trouble, in many instances, rolling up their sleeves,” Collins said.

“Much of it is this disinformation that is so widely spread on the internet, and which has, I think, caused a lot of people to be confused or fearful about what the vaccinations might do to them,” Collins said.

“And that is truly heartbreaking when we see, still, more than a thousand people losing their lives to this disease (daily), almost all of them unvaccinated, and therefore didn’t have to happen,” he said.

“If you are a Christian, or if you’re anybody who has not yet gotten vaccinated, hit the reset button on whatever information you have that’s causing you to be doubtful or hesitant or fearful, and look at the evidence.”

Vaccines for kids under 5 may not come until next year

For children under 5, Covid-19 vaccines may not be authorized until early next year, former US Food and Drug Administration commissioner Dr. Scott Gottlieb said Sunday.

The FDA is likely to ask for more data and perhaps for studies involving more children, because it is a new vaccine and a new virus, Gottlieb told CBS’s Face the Nation.

“And that could push it into 2022. Previously we had talked about trying to have that data available before the end of this year, which could have prompted an authorization perhaps by the end of the year, at least in kids ages 2-4. I think that it’s more likely that it slips into the first quarter of next year at the very least, but not too far into next year,” said Gottlieb, who is also on Pfizer’s board.

The FDA has called a meeting of its independent vaccine advisers, the Vaccines and Related Biological Products Advisory Committee (VRBPAC), for October 26 to discuss pediatric vaccines. Pfizer has submitted data and a formal request for authorization for its one-third dose vaccine for use in children 5-11. But Gottlieb said he expects VRBPAC to also discuss what might be needed for authorization for the youngest children.

Having more information to consider can raise public confidence in the vaccines, Gottlieb said. He is already confident and plans to vaccinate his own young daughters.

Gottlieb said he thinks it will be years before the CDC recommends making Covid-19 vaccines part of the regular childhood vaccination schedule, which would open the door to school districts mandating them.

Sorgente articolo:
The rate of Covid-19 cases is dropping nationally but rising in these 5 states – KTVZ