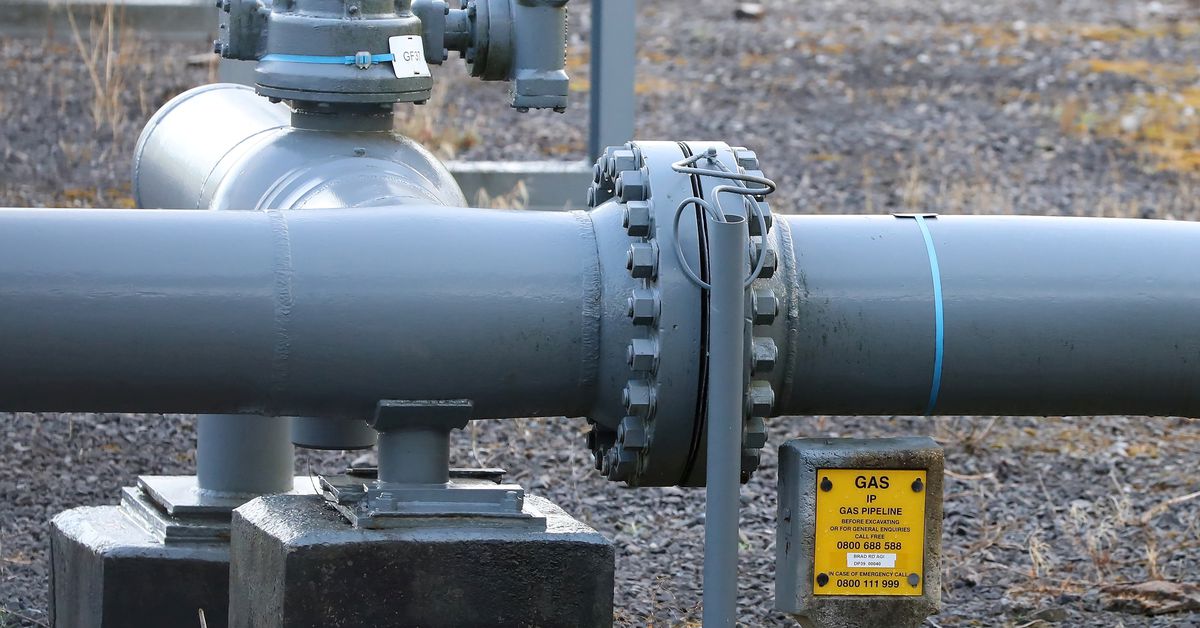 Sections of gas pipeline are seen next to a disused gas holder in Manchester, Britain, September 23, 2021. REUTERS/Phil Noble/File Photo

LONDON, Oct 10 (Reuters) – Britain is working out how to support energy-intensive industries hit by soaring gas prices, business minister Kwasi Kwarteng said on Sunday, describing the situation as critical but declining to say what action is being considered.

Producers of steel, glass, ceramics and paper and other sectors have said they may be forced to halt production unless the government does something about energy prices. read more

In a separate interview with Sky News he said: “We’ve got very, very high gas prices, very high electricity prices, we already have support in place for industries, and we’re looking at ways that we can help industry.”

Kwarteng also said he was working with finance minister Rishi Sunak on the matter.

However, a Treasury source denied there were any such talks, fuelling criticism from the opposition Labour Party about the government response.

“The two key government departments responsible for the current cost of living crisis have spent this morning infighting about whether they were in talks with each other … We need urgent answers on who exactly is running the show,” Labour lawmaker and finance spokeswoman Bridget Phillipson said.

Asked if there might be an energy price cap for industrial users like there is for consumers, Kwarteng told Times Radio: “That’s not something that we’ve talked about.”

Wholesale gas prices have increased 400% this year in Europe, partly due to low stocks and strong demand from Asia.