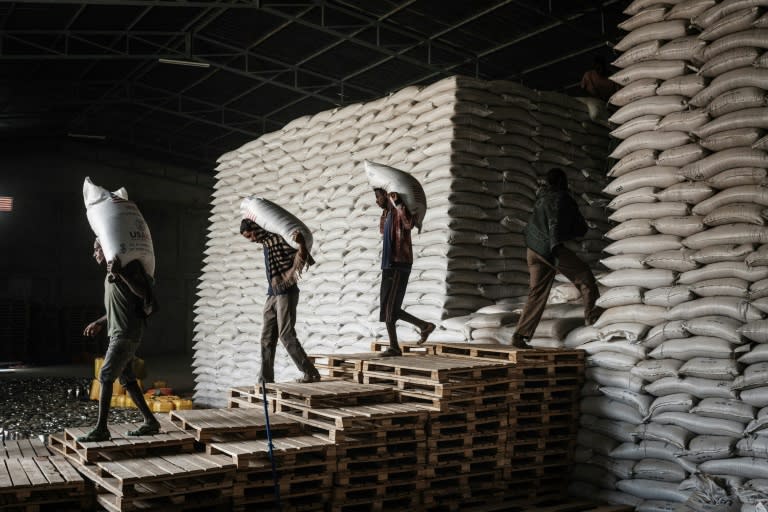 The UN Population Fund has recalled its Ethiopia chief, the agency said Tuesday, the second such departure this month following an explosive interview in which both officials complained of being sidelined by UN higher-ups they claimed were sympathetic to Tigrayan rebels.

AFP reported Monday that Maureen Achieng, the UN migration agency’s Ethiopia chief, had been recalled and placed on administrative leave over the same interview, audio of which surfaced online last week.

In the recordings, the two women criticise colleagues who came to Ethiopia after war broke out last November between government forces and the Tigray People’s Liberation Front (TPLF).

Achieng blasts the TPLF as “dirty” and “vicious” while vowing never to return to Tigray.

Gayle says newly arrived emergency coordinators bypassed senior UN officials in Addis Ababa to communicate directly with UN headquarters, and agrees with the notion — posited by the interviewer — that this reflected “a power struggle going on within the UN”.

A UNFPA spokesperson told AFP Tuesday that the agency’s Ethiopia envoy “has been called back to New York”.

“The staff member whose voice can be heard in the audio recordings expressed personal views and opinions, not those of UNFPA,” which is bound by standards of independence and neutrality, the spokesperson added.

“Senior management is deeply concerned and this matter is currently being dealt with in line with our internal rules and regulations.”

The 11-month-old war has expanded into the neighbouring Afar and Amhara regions and, according to UN estimates, driven hundreds of thousands into famine-like conditions.

Prime Minister Abiy Ahmed’s government has accused the international community of ignoring abuses perpetrated by the TPLF and rejected UN and US allegations of Tigray facing a de facto humanitarian blockade.

In late September Ethiopia announced the expulsion of seven senior UN staff including the local heads of its children’s agency and humanitarian coordination office, accusing them of “meddling”.

Abiy spokeswoman Billene Seyoum said on Twitter Tuesday that the UN’s decision to place Achieng on administrative leave “for telling the unvarnished truth on institutional bias within the @UN system and in relation to the #TerroristTPLF’s criminality” was “deeply disturbing.”

The dust-up comes amid fears that fighting is about to intensify again, with the TPLF saying Monday that government troops had launched ground offensives “on all fronts” including in the northern region of Amhara.

Ethiopian officials have not confirmed the new offensive, though Billene said the government had “a responsibility to protect its citizens in all parts of the country from any acts of terrorism”.