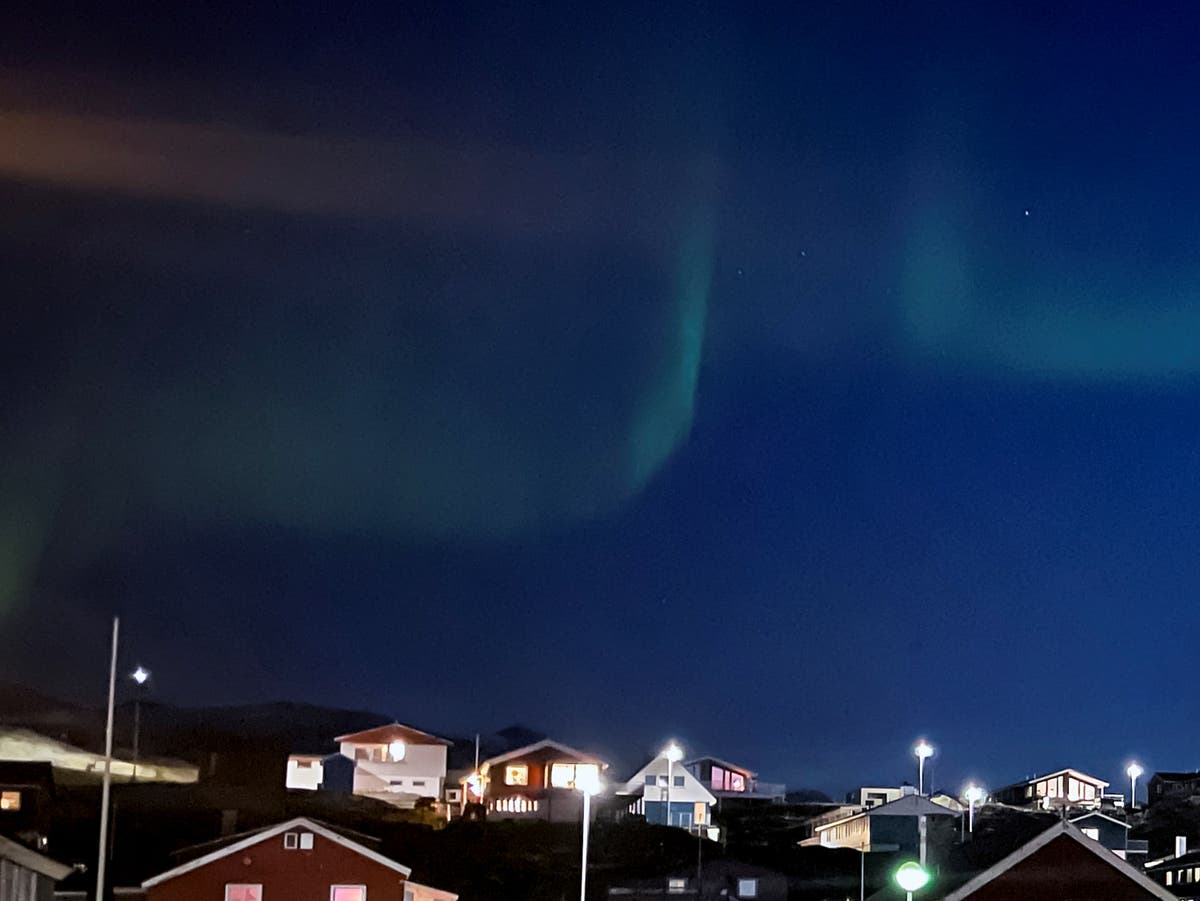 The Northern Lights may be visible in parts of the UK on Monday and Tuesday as a solar storm is expected to reach Earth.

The lights are expected to be visible across much of Scotland, the very north of England and Northern Ireland, however cloudy weather will likely hinder sightings for most, the Met Office said.

It is caused by a Coronal Mass Ejection, a massive burst of material from the sun which can cause a phenomenon known as a geomagnetic storm, which interferes with the Earth’s magnetic field.

The storm has been placed in category G2 by the National Oceanic and Atmospheric Administration (NOAA), an American scientific and regulatory agency, meaning it is of moderate strength.

Tom Kerss, astronomer and author of Northern Lights: The definitive guide to auroras, said the storm is unlikely to cause any disruption in the UK due to pace weather forecasting and electrical engineering.

“We wouldn’t expect to lose power or have any transformers explode or anything with a storm of this magnitude, but it is possible for solar super storms like one that occurred about 150 years ago to cause widespread disruption – we’re just sort of lucky it hasn’t happened yet,” he said.

Aurora is also expected to be visible as low as New York, to Wisconsin and Washington state and, according to the US Space Weather Prediction Centre, the event could result in power grid fluctuations as well as “orientation irregularities” for spacecraft.

Despite the chance of clouds, Mr Kerss urged people to look for the lights.

He said: “Unfortunately I think cloud cover is going to be a bit of an issue for Scotland tonight but it doesn’t mean that you shouldn’t have a go if you have any clear patches at all.

“It probably has pockets of enhanced energy in it so it could spike in performance every so often, and that means that it’s quite possible that auroras will actually reach down into the north of England and maybe as far south as somewhere like Belfast or Omagh – not terribly far south, but they might just become visible over the sea from anybody that has a north-facing view across the north of England.”

Sorgente articolo:
Northern Lights could be visible as geomagnetic storm expected to reach Earth – The Independent