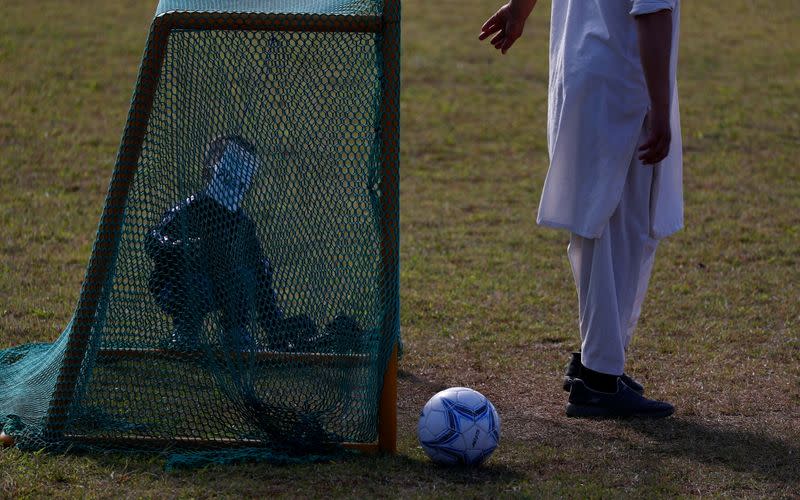 SEOUL (Reuters) – For one young Afghan refugee girl, her new home in South Korea has already brought simple freedoms she would otherwise be denied.

“In Afghanistan, you can’t do activities as freely as men do, and it’s satisfying to do Taekwondo without a hijab in Korea right now,” the girl told reporters after a Taekwondo class on Wednesday.

She is one of nearly 400 Afghan evacuees who arrived in Seoul in August under a special programme that aims to grant long-term residency to Afghans and their families who provided special service to South Korea.

Along with other refugees who spoke to reporters, the girl was not identified by age or name under an agreement with South Korean government officials.

The Ministry of Justice said it was giving the refugees Korean language classes as part of a “Social Integration Program,” and all had received alien registration cards.

They were currently residing in processing facilities, officials said.

“Most of my experience living in Afghanistan so far has been war, and when I listened to the history I heard from my parents, I only heard about war,” one boy at the Taekwondo class told reporters. “Now, life in Korea is stable and I am enjoying life.”

(Reporting by Josh Smith, additional reporting by Sunghyuk An; editing by Jane Wardell)