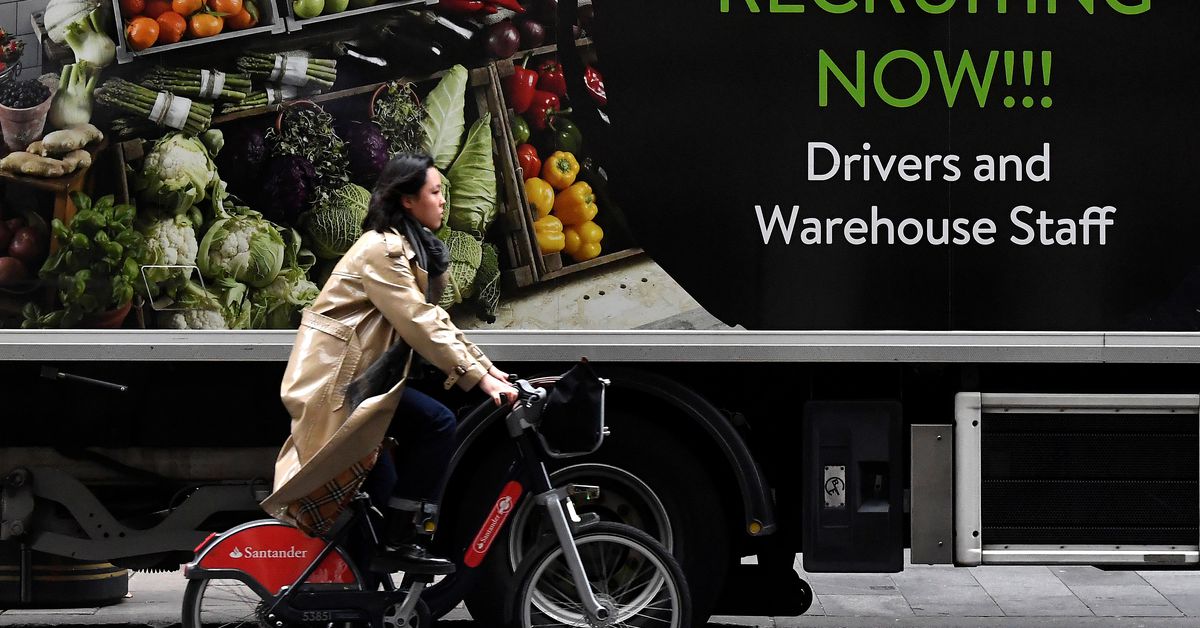 LONDON, Oct 13 (Reuters) – Britain said on Wednesday that people should buy normally for Christmas and there would be no shortage of gifts after shipping containers carrying toys and electrical goods were diverted from the country’s biggest port because it was full.

Maersk, the world’s largest container shipping company, has diverted some vessels from Felixstowe port in eastern England because a lack of truck drivers means there is nowhere left to stack containers at the port.

“I’m confident that people will be able to get their toys for Christmas,” Conservative Party co-Chairman Oliver Dowden told Sky. He said he was sure Christmas gifts would be delivered this year.

Dowden, who is a cabinet minister without portfolio in the Cabinet Office, said the issues at the port were easing and the supply chain problems facing the world’s fifth largest economy were global – such as a shortage of truckers and port congestion.

“The situation is improving,” Dowden said, referring to Felixstowe, which handles 36% of the country’s containerised freight.

Asked whether people should start to buy now for Christmas, he said: “I would say just buy as you do normally.”

A cyclist rides past a sign on the side of a delivery lorry advertising for jobs, in London, Britain, October 13, 2021. REUTERS/Toby Melville

Britain’s economy is forecast to grow at 6.8% this year, the fastest growth in the G7 leading economies, though supply chain disruption and inflationary pressures are constraining the global economy, the International Monetary Fund said.

Britain’s economy returned to growth in August after contracting for the first time in six months in July.

But its exit from the European Union has exacerbated some of the problems by constricting immigration.

Britain is short of about 100,000 truckers, leading to queues at gas stations and worries about getting food into supermarkets, with a lack of butchers and warehouse workers also causing concern.