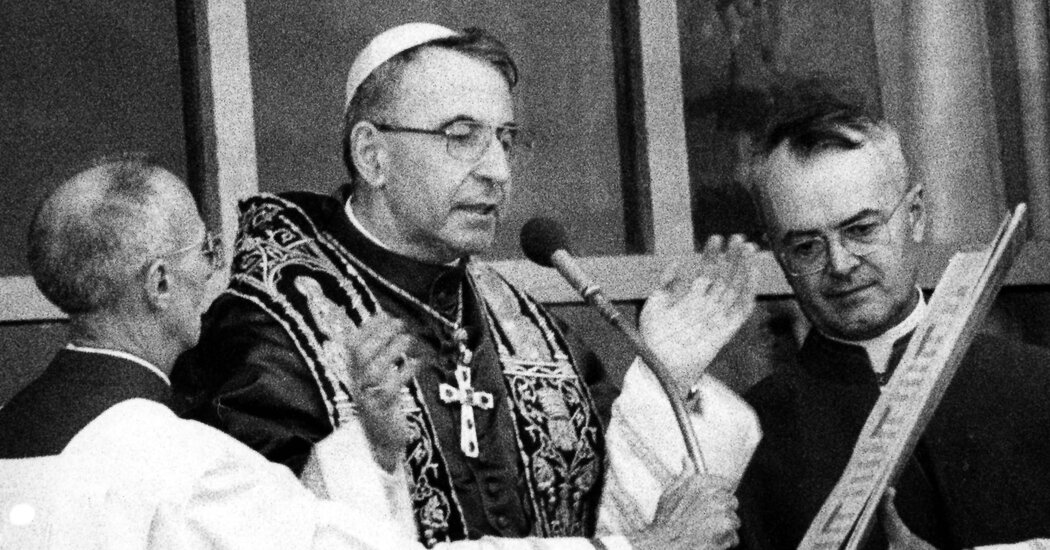 The Vatican announced on Wednesday that Pope John Paul I, the Italian pontiff who reigned for only 33 days before his death in 1978, will be beatified after a miracle was attributed to him, bringing him one step closer to sainthood.

Pope Francis authorized a decree that recognized a first miracle attributed to John Paul I, the mysterious healing of a sick young girl in Buenos Aires in 2011, the Congregation for the Causes of Saints, which oversees the canonization process, said in a statement.

“A causal link between the invocation of the Venerable John Paul I and the young girl’s healing was acknowledged,” it said.

The 11-year-old girl had contracted a serious form of inflammatory encephalopathy that led her to be intubated, and later came down with bronchial pneumonia, the congregation said, adding that the hospital’s priest proposed to her mother that they seek the intercession of John Paul I.

Their prayers, and those of the I.C.U. nurses, “were exclusively addressed to Pope Luciani,” and carried out together and individually, it said, referring to John Paul, whose birth name was Albino Luciani.

After a few days, the girl started recovering until she returned to full physical and psychological fitness, the congregation said, adding that a commission of physicians within the Vatican certified in 2019 that there was no scientific explanation for her recovery.

The campaign for John Paul I’s canonization began in 2003 but languished because of the difficulties in collecting evidence and documents in the two decades after he died, according to the so-called postulators who have been working on his case.

For him to reach sainthood, one more miracle needs to be attributed to him.

The Vatican did not announce a date for John Paul’s beatification, a ceremony that normally is held in the would-be saint’s native area. He was originally from a small village in the Dolomite mountains in the Veneto region of northern Italy, where he grew up in a poor family. The diocese recently bought his native home to turn it into a museum.

“He was a bishop very beloved by the people and by priests,” Cardinal Beniamino Stella, the chief proponent of John Paul I’s canonization, said in an interview on the Vatican’s news website. “And he was a very, very simple pope.”

John Paul I was elected in August 1978 to succeed Paul VI, but he died a month later of what the postulators believe to be a heart attack at the age of 65.

He was succeeded by John Paul II, the third man to hold the title of pope in 1978, whose papacy stretched until 2005, one of the longest in recent history.

If the process goes through, nearly all the popes who have reigned since the late 1950s would have become saints under the watch of Pope Francis. John Paul II and John XXIII were declared saints in 2014, while Paul VI received the honor in 2018.

Sorgente articolo:
John Paul I, Pope for 33 Days in 1978, Will Be Beatified – The New York Times