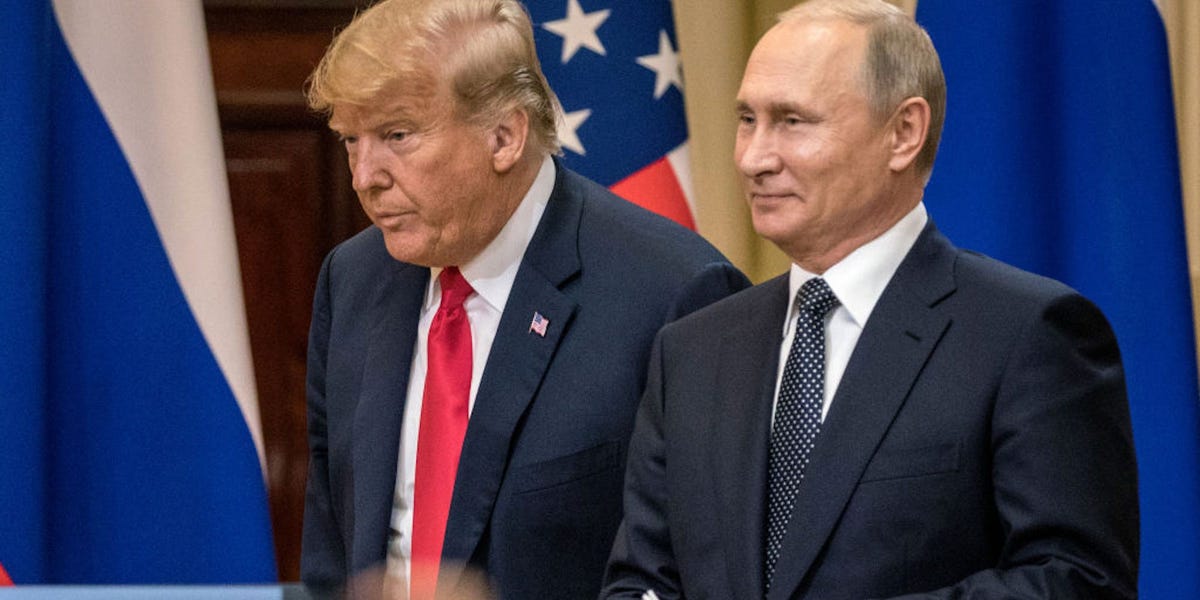 Specifically, Schiff said, the 1990 trial acquainted him with Russian spycraft, “how they identify people of low morals, people who are greedy or unfaithful to their spouses and are vulnerable to recruitment or manipulation.” Overall, he said, it showed him how Russian President Vladimir Putin “played” Trump.

He added: “Vladimir Putin very easily figured out how to play Trump like a fiddle.”

“They didn’t even need to dangle gold in front of Trump,” Schiff said of Russian officials. “He was actively pursuing hundreds of millions of dollars that he needed Putin’s help with during the campaign and lying to the public about it. The scale of his greed was far greater than anything I saw with Richard Miller.”

Schiff was referring to the Trump Organization’s efforts to build a Trump Tower in Moscow during the 2016 presidential campaign. Trump repeatedly denied having any financial interests in Russia while running for president, saying several times he had “nothing” to do with Russia, “no deals” and no “business” in the country.

But his former longtime lawyer, Michael Cohen, contradicted that claim, telling the House Oversight Committee in 2018 that Trump “knew of and directed the Trump-Moscow negotiations throughout the campaign and lied about it.”

Cohen admitted to lying to Congress in previous testimony about multiple aspects of the Trump Tower Moscow deal, including how long the Trump Organization pursued the deal, the extent of his communication with Russian government officials, and the involvement of multiple Trump family members in pushing the deal.

Specifically, Cohen initially told congressional committees investigating the Trump campaign’s ties to Russian operatives that the Trump Tower Moscow talks ended in January 2016. He later admitted in a plea deal with the special counsel Robert Mueller that those talks continued through that June, as then-candidate Trump was competing in Republican primaries.

Trump, meanwhile, was repeatedly accused of kowtowing to Putin while president. Among other things, he suggested that Russia should be admitted back into the G7 after being kicked out following its seizure of Crimea and backing separatist forces against Ukraine.

In one of the most striking examples, Trump drew harsh backlash for suggesting after a bilateral summit in 2018 that he trusted Putin more than US intelligence agencies. The admission was particularly noteworthy because it came shortly after Mueller’s office dropped a detailed indictment against 12 Russian military intelligence officers, drawing the most direct link yet between Russia’s 2016 election interference and the Kremlin.

In addition to the 12 GRU officers, Mueller’s team also charged 13 Russian nationals and three Russian entities with carrying out a social media influence campaign to sow discord during the election and boost Trump’s chances. And the special counsel charged a former Russian intelligence officer with obstructing justice by tampering with witnesses in what was then an ongoing case.

Schiff served as ranking member on the House Intelligence Committee in the first half of Trump’s presidency before becoming chairman in 2019, after Democrats regained control of the House of Representatives in the 2018 midterms.

When Trump took office, Schiff became something of a bete noire for the Republican Party thanks to his dogged pursuit of Trump via investigations into his campaign’s ties to Russia; his financial and business activities; and his foreign dealings with the Ukrainian government that formed the basis for his first impeachment.

During the intelligence committee’s Russia probe, Schiff and then chairman Devin Nunes frequently made headlines for butting heads about what direction the inquiry should go in, with Schiff calling for a deeper investigation of the campaign’s Russia ties, and Nunes calling for leak investigations.

“To this day, we don’t know and we will never know, what role Donald Trump’s desire to build a Trump Tower in Moscow may have played in the obsequious relationship he demonstrated with Vladimir Putin, the degree to which he capitulated to the Russian leader,” he said.

A spokesperson for Trump did not immediately respond to Insider’s request for comment.