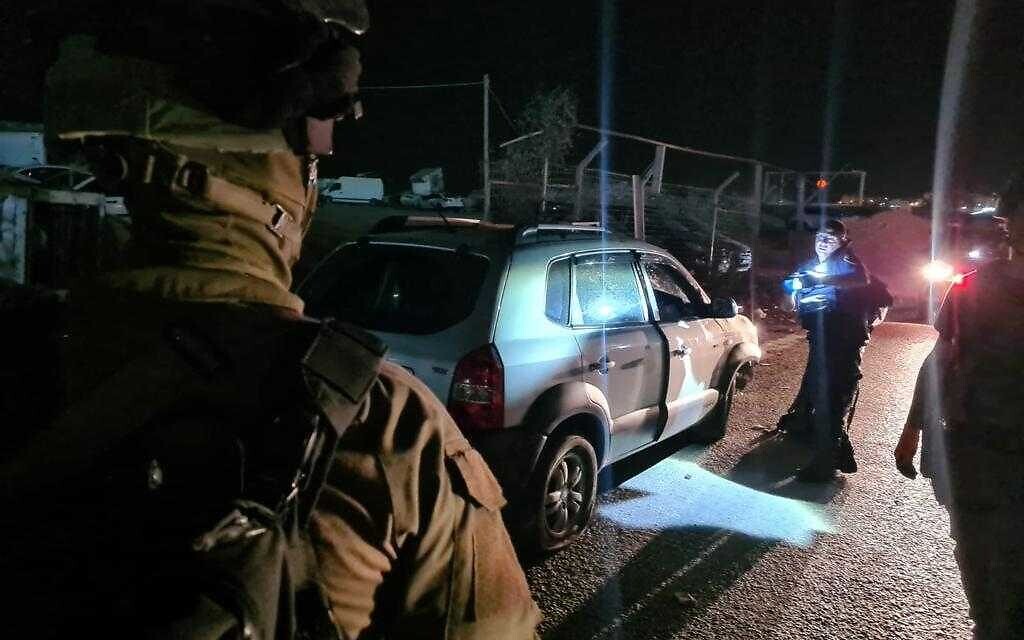 A Border Police officer was seriously injured in an apparent car ramming near the Qalandiya checkpoint north of Jerusalem shortly after midnight Thursday, a law enforcement spokesperson said.

The 20-year-old officer was taken to Jerusalem’s Shaare Zedek Medical with moderate injuries, but his condition deteriorated overnight to serious but stable, the hospital said.

“He was fully conscious and suffered from injuries to his head and abdomen,” a Magen David Adom ambulance service medic said.

Police said the ramming occurred while troops were working to move illegal structures built in an area near the West Bank crossing.

After the suspect rammed into the officer, troops opened fire at his vehicle, causing him to crash into a wall, Border Police said.

The suspect, a 22-year-old resident of Qalqilya, sustained a moderate head wound and was taken to Jerusalem’s Hadassah Hospital Ein Kerem for treatment, a hospital spokesperson said.

He was placed under arrest at the scene of the ramming and transferred to the custody of the Shin Bet security service for questioning.