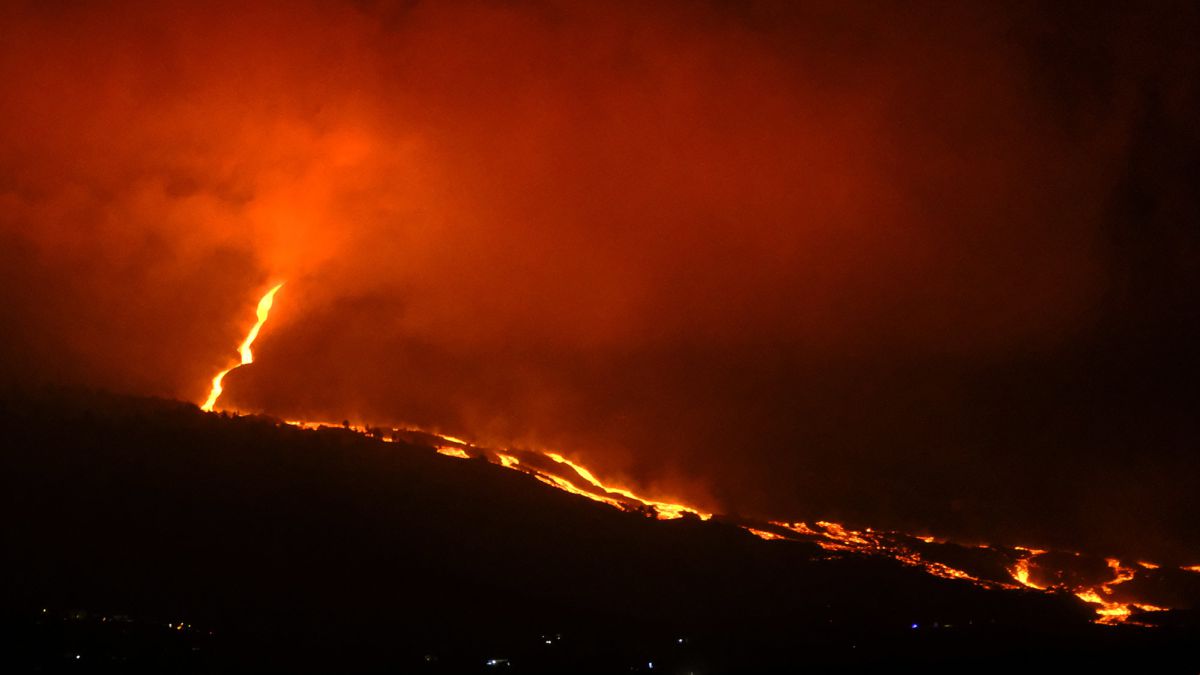 More people were forced to leave their homes on Wednesday evening as flows of molten rock pouring from the Cumbre Vieja volcano on the Spanish island of La Palma threatened to engulf another neighbourhood.

With no end in sight to the eruption, which is in its fourth week, authorities expected the lava flow to advance to the northwest, beyond the boundary of the evacuated area.

Most people in the area had already gone, so only between 10 and 15 people left their home on Wednesday, emergency services told Reuters.

Red hot lava from the eruption has laid waste to nearly 600 hectares in total, destroying about 1,500 houses and other buildings, including a cement plant that gave off toxic fumes earlier in the week, as well as devouring banana and avocado plantations, authorities said.