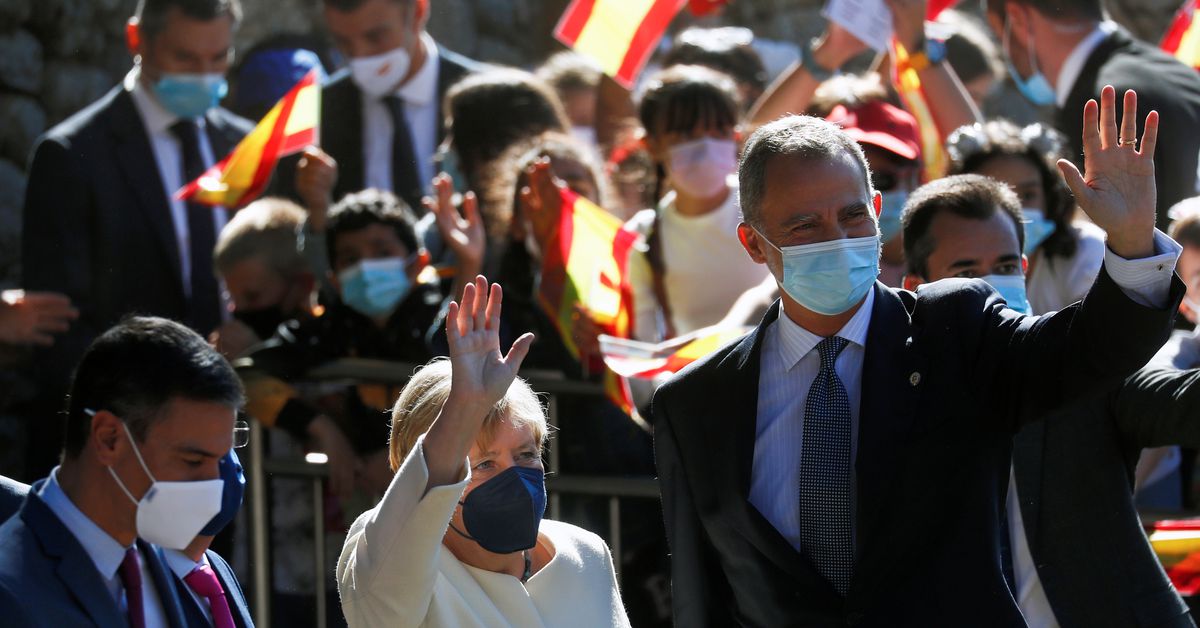 BERLIN, Oct 14 (Reuters) – German Chancellor Angela Merkel warned of dividing forces in the European Union and issued a plea for more unity across the continent, speaking at an award ceremony speech in Spain on Thursday.

“Let’s not kid ourselves: Centrifugal forces have been at work in the EU for several years now,” Merkel said after receiving the Carlos V award, saying that such dividing powers arise when the EU fails to fulfil its promises and social and economic differences are allowed to grow too large.

“Europe is only as strong as it is united,” she said.

Without naming names, Merkel, who is set to give up the chancellor role after 16 years once a new German government has formed, added that the EU would be in trouble if national interests were put above its mutual success.

Unity is also important in contending with powers outside the EU, Merkel said.

“How we deal with the rise of China as an economic, political and military power … depends very much on whether Europe really speaks with one voice,” Merkel said.