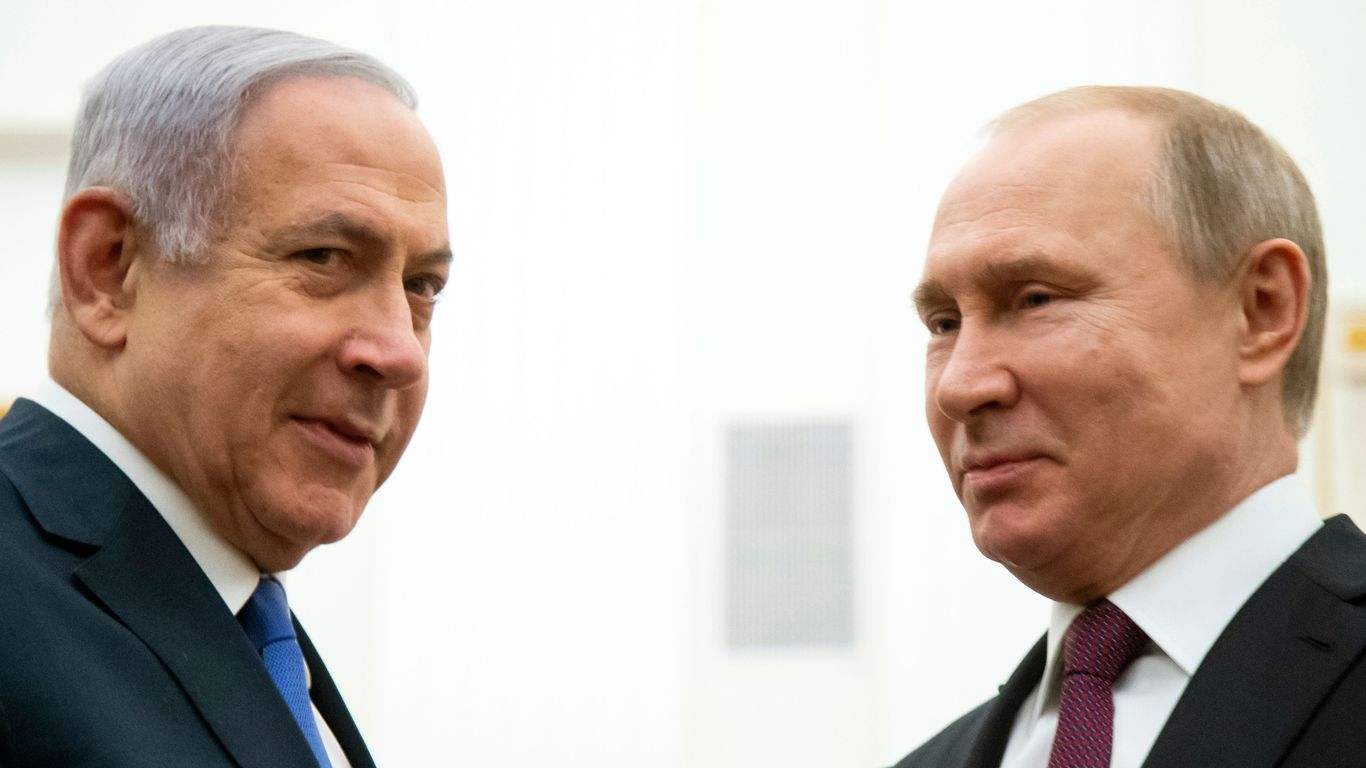 Days after being ousted as prime minister, Benjamin Netanyahu passed a message to Russian President Vladimir Putin promising a quick comeback, a source close to Netanyahu and a European diplomat told me.

Why it matters: Netanyahu and Putin had a close relationship that grew even closer after Russia began its military involvement in Syria in 2015. Netanyahu flaunted that relationship during election campaigns — meeting with Putin days before the 2019 vote and even featuring a picture of the two together on a campaign billboard to emphasize his stature as a statesman.

Behind the scenes: Shortly after Naftali Bennett was sworn in as prime minister on June 13, the Russian ambassador to Israel, Anatoly Viktorov, visited Netanyahu bearing a personal letter from Putin which described their time working together.

The state of play: Netanyahu has not been able to destabilize Bennett’s government, which appears on course to pass a budget in early November and thus buy itself another 18 months in power.

Sorgente articolo:
Netanyahu assured Putin “I will be back soon” after losing election – Axios