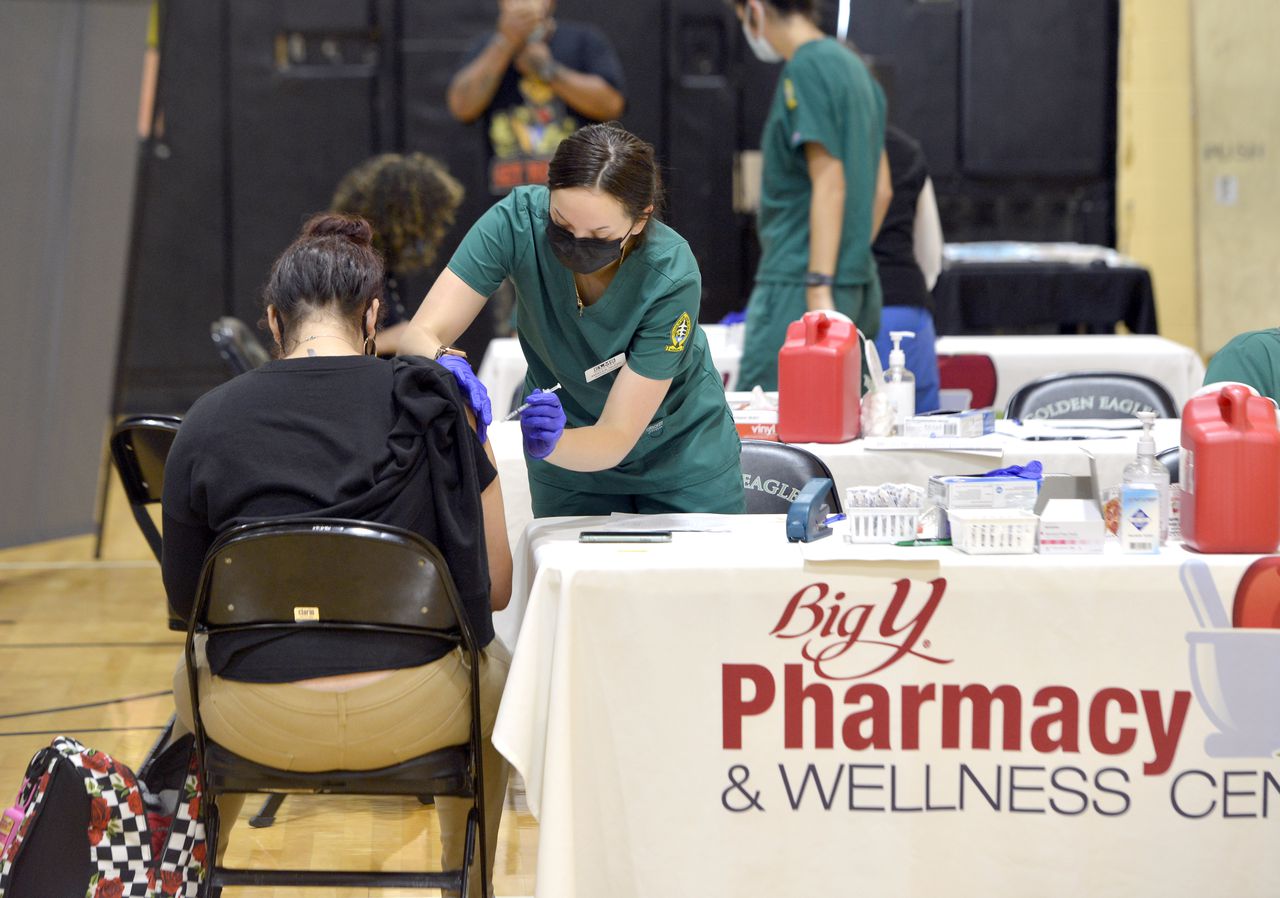 Massachusetts averaged 1,117 new cases of COVID-19 since Friday, the last time the state released data on the virus.

In Tuesday’s update, the Massachusetts Department of Public Health reported 4,466 total new cases over the four-day holiday weekend. Overall, cases of COVID have been decreasing since the beginning of September.

The state also reported 36 new deaths, which averages out to 9 a day since Friday. The state had been seeing double-digit daily deaths in the past month. A rise in COVID deaths typically follows rises in cases and hospitalizations by a few weeks and in the past have begun to decline weeks after those numbers begin to drop.

The percentage of breakthrough cases has fluctuated between 33% and 44% since the end of July but health officials have noted that vaccinated individuals who test positive have overall had better outcomes, having few if any symptoms and are far less likely to be hospitalized.

In total, there have been 44,498 vaccinated individuals who have tested positive in Massachusetts since vaccinations began. That’s 0.95% of vaccinated people in the state as of Oct. 9.

A total of 395 vaccinated individuals have died of COVID, or 0.007% of the total number of vaccinated people.

The state continued to administer additional COVID vaccines since Friday in addition to Pfizer booster shots, that are now available to those 65 and older or others at high risk for the virus.

A total of 200,965 booster shots have been administered in the state as of Tuesday. In all, more than 4.7 million Bay Staters are now fully vaccinated.

COVID hospitalizations continue to show little movement, fluctuating between the mid to upper 500s. In Tuesday’s report, hospitalizations were at 541. Those numbers can include those hospitalized for other conditions who tested positive for the virus. However, of those numbers, 144 were people in intensive care and 92 were intubated. The percentage of vaccinated individuals who are hospitalized has remained lower than the percentage of breakthrough cases in the public.

Of the 541 COVID-positive patients, 192 (about 35%) were vaccinated. The remaining 65% were either unvaccinated or had not completed a two-dose vaccination.

Gov. Charlie Baker on Tuesday activated up to 200 members of the Massachusetts National Guard to help with COVID-19 testing in the state’s K-12 public schools, officials said.

Additionally, Baker on Tuesday activated up to 250 Guard members to offset potential staffing shortages at the Massachusetts Department of Correction.

Sorgente articolo:
Percentage of breakthrough COVID in cases in Massachusetts grows as more people are vaccinated, given booster – MassLive.com