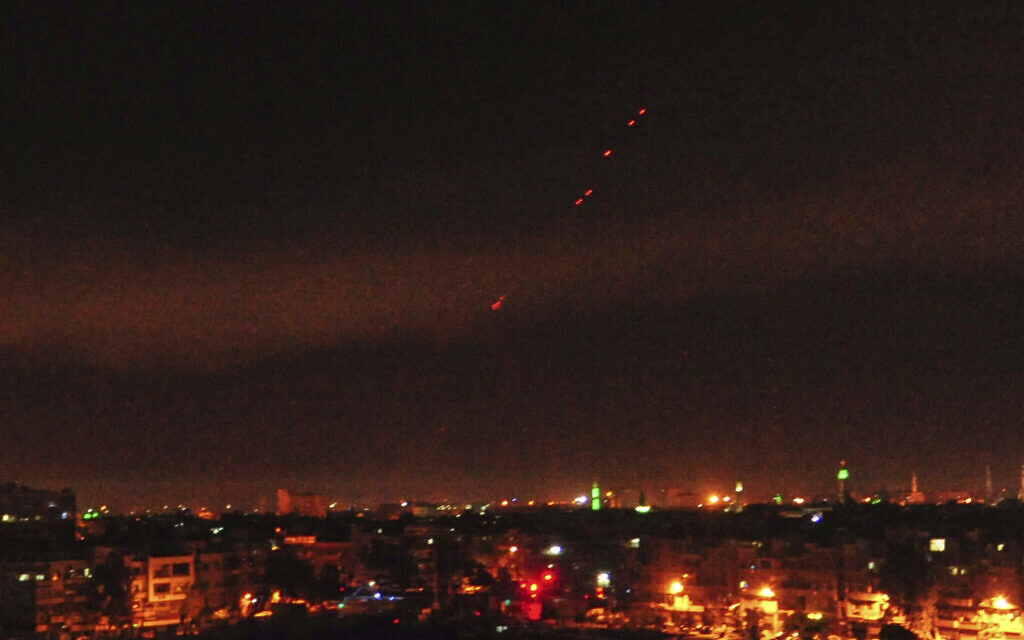 Pro-Iranian militias in Syria vowed a “very harsh” response to an alleged Israeli-American strike against their facilities near the city of Palmyra in central Syria on Wednesday night, which they said killed and injured several of their members.

In a statement, the groups — referring to themselves collectively as the “Syria Allies Operations Room” — said the attack was conducted through Jordan and the area of al-Tanf in Syria, which is controlled by the United States military and its allies.

One Syrian soldier was killed and three others were wounded in the strike, according to Syria’s official SANA news agency.

According to the Syria Allies Operations Room, several militiamen were also killed and injured in the attack, though it did not disclose a precise tally. The Syrian Observatory for Human Rights, an opposition-linked group with unclear funding, said three pro-Iranian militia members were killed in the strike and four others were injured. The Britain-based Observatory has at times been accused of inflating casualty numbers.

“The command of the operations room has taken the decision to respond to this attack in retaliation for the lives of the martyrs and the blood of the wounded, and the response will be very harsh,” the groups said in their statement.

Neither Israel nor the US has acknowledged conducting the attack. Israel, as a rule, does not comment on specific strikes it carries out in Syria, but does generally acknowledge that it conducts operations against Iran-linked groups in the country in order to prevent the transfer of advanced weapons and to prevent attacks against Israel from Syria.

According to SANA, the airstrikes were conducted at roughly 11:30 p.m. and hit a “communications tower and some areas around it” near the city of Palmyra.

On Thursday morning, the Israeli Airports Authority announced that the airspace around the Golan Heights would be closed for at least the next 24 hours. This is a routine preventative measure following reports of Israeli strikes in Syria.

The Syria Allies Operations Room maintained that it is in Syria only to assist dictator Bashar Assad and to fight the Islamic State terror group and accused Israel and the US of trying to “drag us into side battles.”

Iran, a close ally of Assad, both maintains its own military presence in Syria and supports a number of predominantly Shiite militias in the country. These militant groups fight alongside Assad’s troops against the country’s opposition, but Israel maintains they also are used to conduct attacks against Israel and to facilitate the transfer of weapons and other materiel throughout the region.

The reported strike near Palmyra on Wednesday night marked the second alleged Israeli attack in Syria in recent days, after six Syrian soldiers were wounded in an airstrike targeting the T-4 airbase, also outside of Palmyra, last Friday night.

Israel has launched hundreds of strikes against Iran-linked military targets in Syria over the years, but rarely acknowledges or discusses such operations.

Israel fears Iranian entrenchment on its northern frontier, and it has repeatedly struck Iran-linked facilities and weapons convoys destined for the Lebanese Hezbollah terror group.