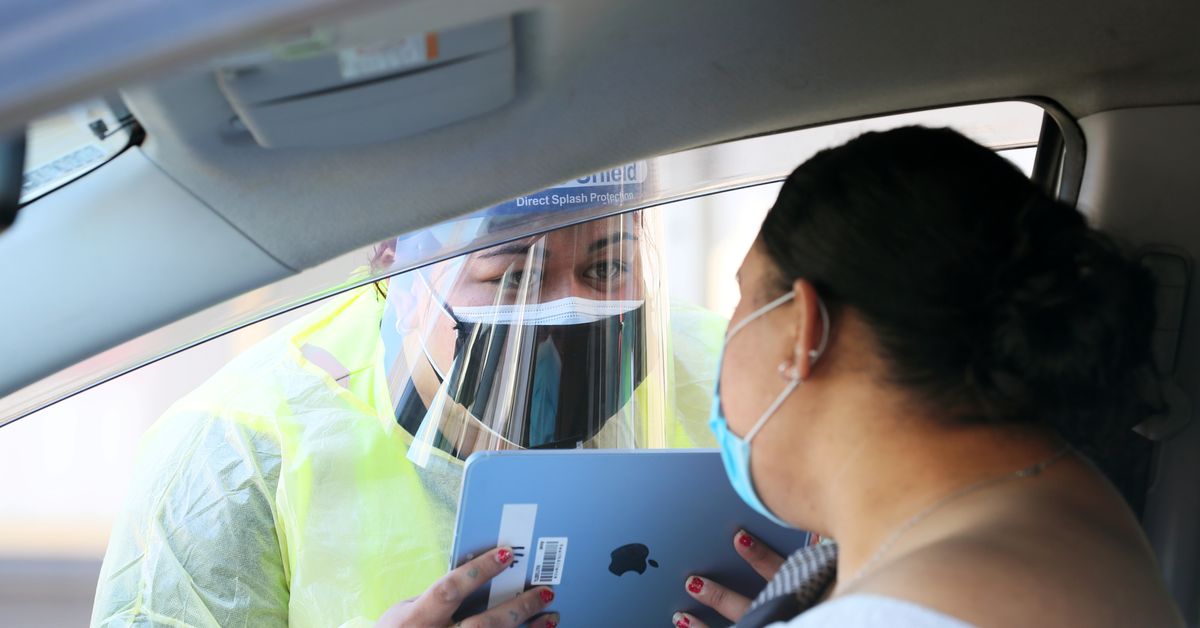 Oct 16 (Reuters) – New Zealand vaccinated at least 2.5% of its people on Saturday as the government tries to accelerate inoculations and live with COVID-19, preliminary health ministry data showed.

Through an array of strategies, gimmicks and Prime Minister Jacinda Ardern’s encouragement through the day, 124,669 shots were administered by late in the day in a country of 4.9 million.

“We set a target for ourselves, Aotearoa, you’ve done it, but let’s keep going,” Ardern said, using a Maori name for New Zealand at a vaccination site, according to the Newshub news service. “Let’s go for 150 [thousand]. Let’s go big or go home.”

New Zealand had stayed largely virus-free for most of the pandemic until an outbreak of the Delta variant in mid-August. The government now aims to have the country live with COVID-19 through higher inoculations.

Forty-one new cases were reported on Saturday, 40 of them in Auckland, New Zealand’s largest city. It has been in lockdown since mid-August to stamp out the Delta outbreak. Officials plan to end the strict restrictions when full vaccination rates reach 90%.

As of Friday, 62% of New Zealand’s eligible population had been fully vaccinated and 83% had received one shot.

Vaccination spots were set up on Saturday throughout the country, including at fast-food restaurants and parks, with some spots offering sweets afterwards, local media reported.

“I cannot wait to come and play a concert, I want to be sweaty and dancing and maybe not even wearing masks. Hopefully we can get there,” said pop singer Lorde, according to local media.

“Protect your community, get yourself a little tart, perhaps a little cream bun,” she said. “But please, please get that jab.”

Final results of the mass vaccination drive are expected to be released on Sunday.

Reporting by Lidia Kelly in Melbourne; Rditing by William Mallard

Sorgente articolo:
New Zealand vaccinates 2.5% of its people in a day in drive to live with COVID-19 – reuters.com