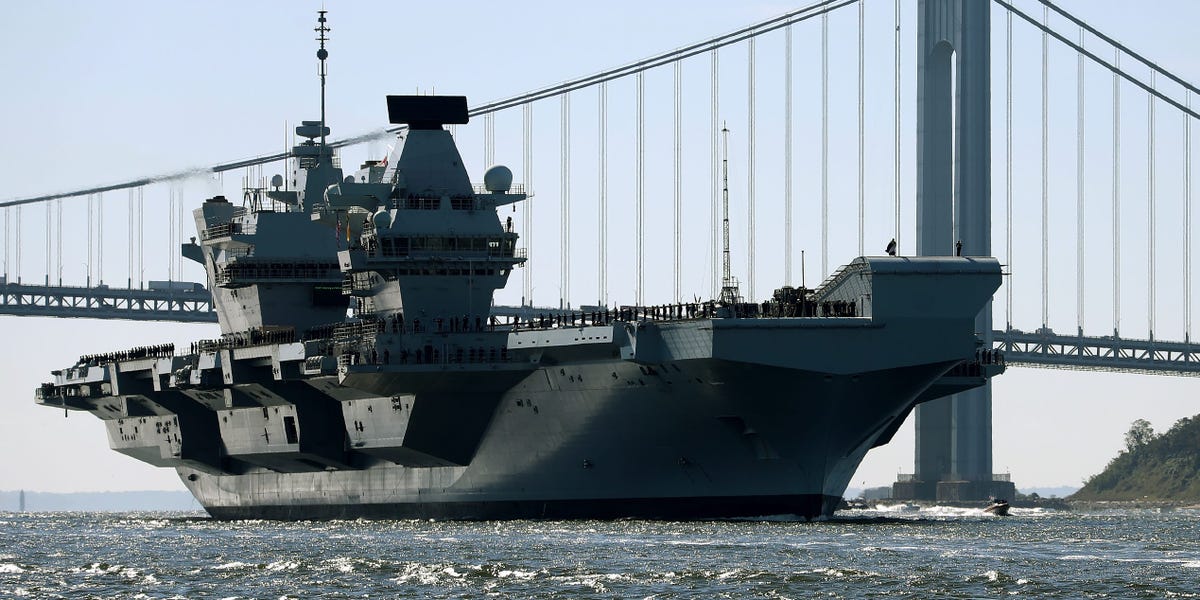 A British pilot flying an F-35B stealth fighter jet off Britain’s flagship aircraft carrier HMS Queen Elizabeth was forced to bail out of the stealth fighter during flight operations in the Mediterranean, the UK defense ministry revealed Wednesday.

The pilot, who was a member of the 617 (Dambusters) Squadron, was recovered safely and returned to the ship, and an investigation is underway.

Insider contacted the Royal Navy about the status of the aircraft, but the sea service declined to comment further.

The incident, on which details are still limited, is one of only a handful of F-35 fighter crashes and only the second for an international partner in this stealth fighter program.

The first F-35 crash happened in 2018 and involved a short-takeoff/vertical landing B variant that went down near Marine Corps Air Station Beaufort in South Carolina. As was the case for the British pilot, the US Marine Corps pilot flying that aircraft was able to eject safely.

The following year, a Japanese Air Self-Defense Force F-35A flying out of Misawa Air Base disappeared from radar. The remains of the pilot, Major Akinori Hosomi, were recovered, but the bulk of the aircraft remains lost on the sea floor.

And in March last year, a US Air Force pilot safely ejected from an F-35A at Eglin Air Force Base. In September, an F-35B crashed in California after colliding with a KC-130. The pilot survived but was injured during ejection.

The British Royal Navy aircraft carrier HMS Queen Elizabeth, the fleet flagship and the first of a new class of aircraft carrier that also includes HMS Prince of Wales, is on her maiden deployment.

The UK has 24 F-35Bs, 21 of which have been delivered with 3 still in the US for testing and evaluation. Eight British F-35s deployed aboard the Queen Elizabeth alongside ten stealth fighters flown by US Marine Corps pilots.