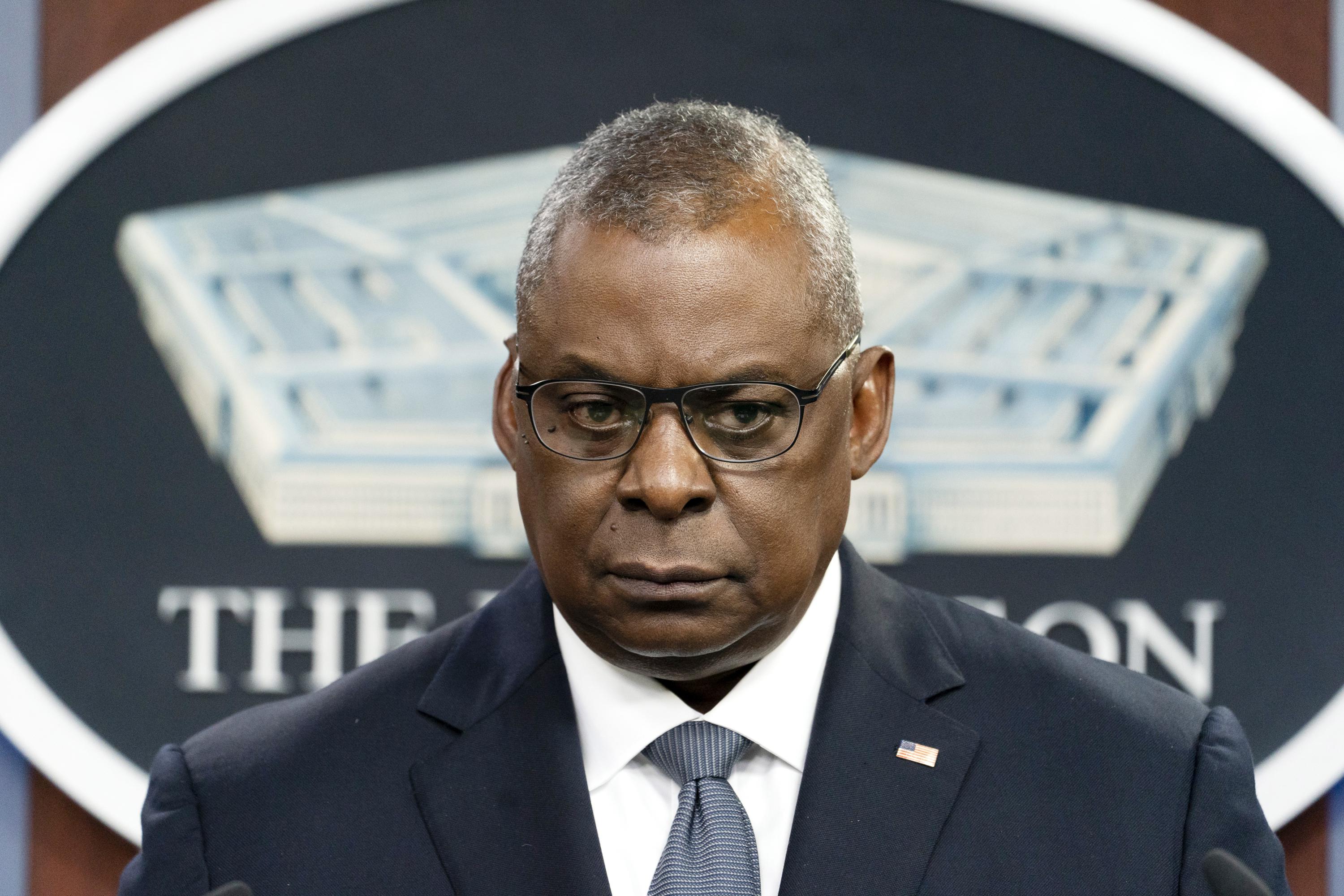 WASHINGTON (AP) — American officials are unsure why Russian President Vladimir Putin is building up military forces near the border with eastern Ukraine but view it as another example of troubling military moves that demand Moscow’s explanation, Defense Secretary Lloyd Austin said Wednesday.

“We’ll continue to call on Russia to act responsibly and be more transparent on the buildup of the forces around on the border of Ukraine,” Austin told a Pentagon news conference, adding, “We’re not sure exactly what Mr. Putin is up to.”

He said the troop buildup has the Pentagon’s attention and that the Russians should be “more transparent about what they’re up to.”

Austin also criticized Russia for using a missile to shoot down one of its old satellites on Monday, an action that created hundreds of pieces of space debris that U.S. officials have said will be a long-term hazard to space operations.

“What’s most troubling about that is the danger that it creates for the international community,” Austin said. “It undermines strategic stability, and as you know, there’s a debris field there now that’ll be there forever. And it’s a safety concern. And so we would call upon Russia to act more responsibly going forward.”

Austin’s language on Russia’s use of an anti-satellite missile was milder than that of Secretary of State Antony Blinken, who has called the move “dangerous and irresponsible.” Blinken on Monday said it showed Russia is willing to “imperil the exploration and use of outer space by all nations.”

Russia’s Defense Ministry on Tuesday confirmed destroying a defunct satellite that has been in orbit since 1982, but it insisted “the U.S. knows for certain that the resulting fragments, in terms of test time and orbital parameters, did not and will not pose a threat to orbital stations, spacecraft and space activities.” It called remarks by U.S. officials “hypocritical.”

The Russian military buildup near Ukraine is of potentially bigger concern. Ukraine’s Defense Ministry said last week that about 90,000 Russian troops are stationed not far from the border and in rebel-controlled areas in Ukraine’s east.

Russia has supported a separatist insurgency in Ukraine’s east that erupted shortly after Moscow’s 2014 annexation of Ukraine’s Crimean Peninsula and has left more than 14,000 people dead.

Earlier this year, a massive buildup of Russian troops in the Russia’s west raised concern in Ukraine and in the West, fueling fears of an escalation of hostilities. Russian officials said the troops were deployed for training, casting them as part of measures to counter security threats posed by the deployment of NATO forces near Russian borders.