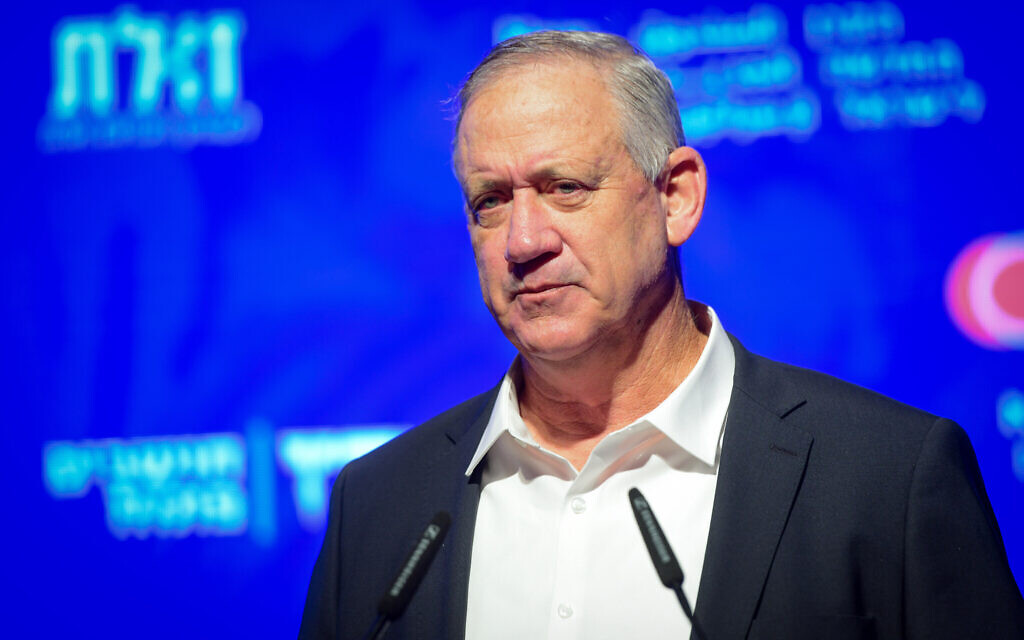 An Israeli man who worked as a house cleaner for Defense Minister Benny Gantz was arrested earlier this month for allegedly offering to spy on the minister on behalf of Iran, the Shin Bet security service said Thursday.

According to the Shin Bet, the man, Omri Goren, was arrested shortly after he contacted an Iran-linked hacking group, and before he could do any damage.

On Thursday, a Central District prosecutor filed an indictment against Goren, charging him with espionage, a crime that carries a sentence of 10 to 15 years.

This was not Goren’s first time in court. The 37-year-old Lod resident was found guilty of crimes five times from 2002 to 2013, including two convictions for bank robbery and others for theft and breaking-and-entering. Goren has served four prison sentences, his most recent stretch for four years.

Goren’s extensive criminal history raised serious questions about the screening process for employees in sensitive positions. The Shin Bet said that in light of this incident, it had launched an internal review of the way background checks are performed for workers in ministers’ homes, “with the goal of limiting the possibility of cases like this repeating themselves in the future.”

According to the Shin Bet, earlier this month, Goren reached out to “a figure affiliated with Iran and offered to help him in different ways, in light of his access to the minister’s home.”

In the indictment, this figure is identified as the Iran-linked hacking group Black Shadow, which carried out a major cyberattack on Israeli civilian websites last month, stealing data from a popular Israeli LGBT dating site, among other things.

According to the charge sheet, Goren was inspired to reach out to the group after hearing about the cyberattack.

Though the charge sheet did not explicitly deal with Goren’s motivations, it indicated that he was acting out of financial considerations, allegedly telling the group that he would “transfer information from the house to [Black Shadow] in exchange for an amount of money.”

After making contact with a representative of the organization, Goren discussed the possibility of installing malware onto Gantz’s home computer that would have given the Iranian-linked operative access to the minister’s device.

“In order to prove his ability and sincerity, Omri took photographs of a number of objects in different parts of the minister’s house, which he sent to the figure, including pictures of the minister’s computer,” the Shin Bet said.

According to the indictment, this included taking photographs of: Gantz’s desk, computer, phone and tablet; a closed safe and a shredder; pictures of Gantz and his family; and a copy of the minister’s local property tax payments.

According to the service, due to his rapid arrest, Goren was unable to carry out his plans, which would have harmed national security.

“It should be stressed that in light of operational security protocols in the minister’s house, Omri was not exposed to classified materials and therefore no such documents were transferred to the figures with whom he was in contact,” the Shin Bet said.

Sorgente articolo:
Gantz’s house cleaner, an ex-bankrobber, accused of trying to spy on him for Iran – The Times of Israel