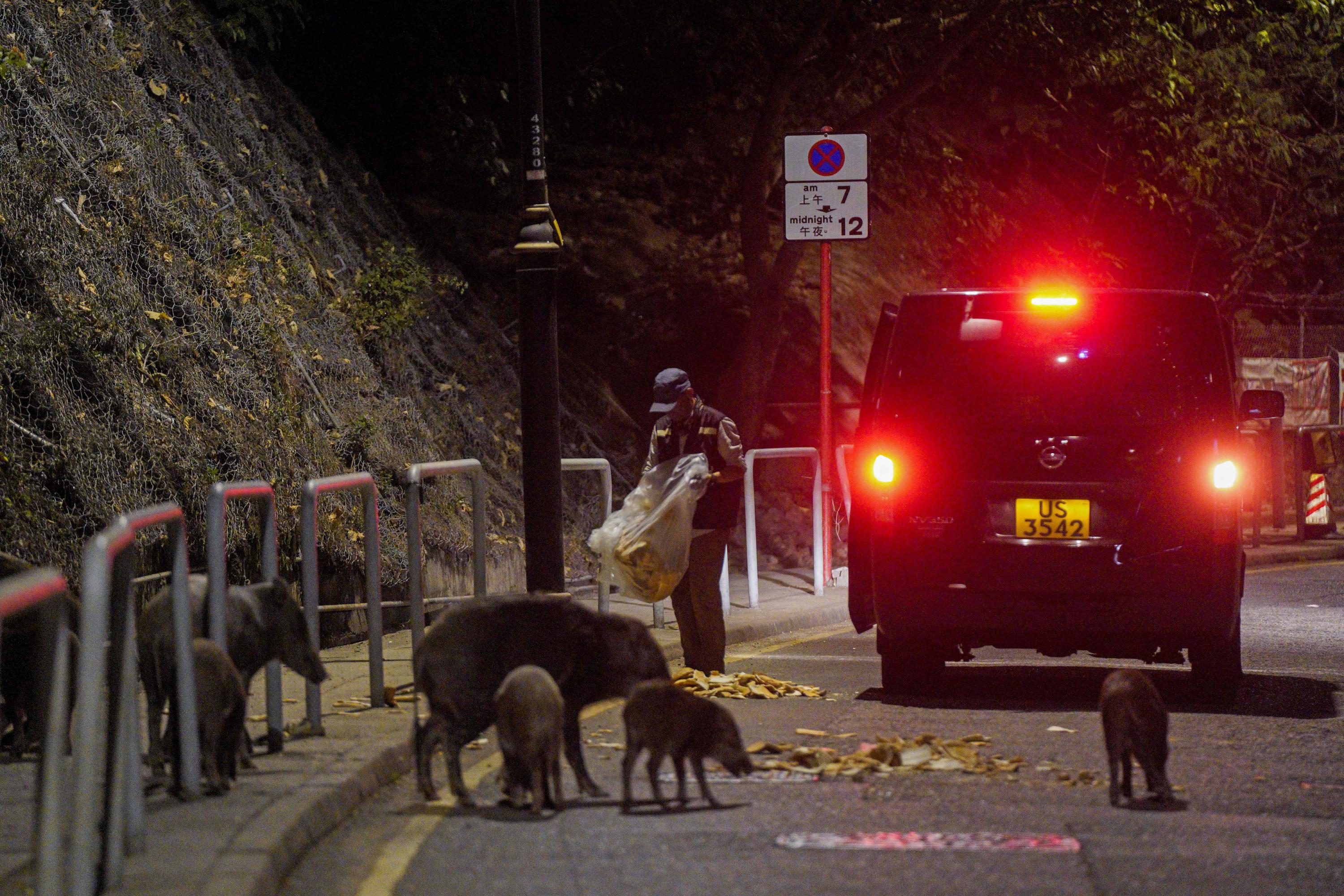 An increasing number of attacks by the animals, including one that bit a police officer last week, triggered an operation Wednesday night in a district less than half an hour’s drive from Hong Kong’s financial center. Experts used dart guns to capture seven wild boars, which were later put down via medicine injections, the Agriculture, Fisheries and Conservation Department said in a statement.

Wild boars are a common sight in Hong Kong along hiking trails. They are often fed by people despite appeals by authorities not to do so as they could transmit diseases and may gather in large numbers. Previous attempts to relocate and sterilize the boars “could not effectively control the wild pig nuisance,” the department said.

“A large group of wild pigs continued to wander and gather at the site, posing threats to members of the public and road users,” the statement read.

Last week, a wild boar knocked down an auxiliary police officer and bit his leg before plunging to its death from a residential car park. Hong Kong leader Carrie Lam has since warned of stiffer penalties for those caught feeding the boars.

“I understand that a lot of Hong Kong people love the wetlands and nature. However, we also need to protect public safety,” Lam said earlier this week at a regular news conference.

“There were about 30 cases of wild boars attacking humans, we can’t simply sit on our hands while things deteriorate,” she said.

Philanthropic group ADM Capital Foundation, the Hong Kong Veterinary Association and other animal rights organizations have since sent an open letter to the government criticizing its shift in policy to cull the boars.

“Whilst it is recognized that the majority of the public do not feed wild pigs, the consequences of the relatively few that do are significant, and thus sufficient resources must be allocated to stopping the practice,” the letter read.

A petition by groups including Hong Kong Animal Post and Hong Kong Wild Boar Concern Group said that the measures announced by the agriculture department to regularly capture and put down wild boars “ignores their right to live and considers their existence in urban areas as a capital offense. This approach is extremely unreasonable and contradicts previous animal management policy principles.”