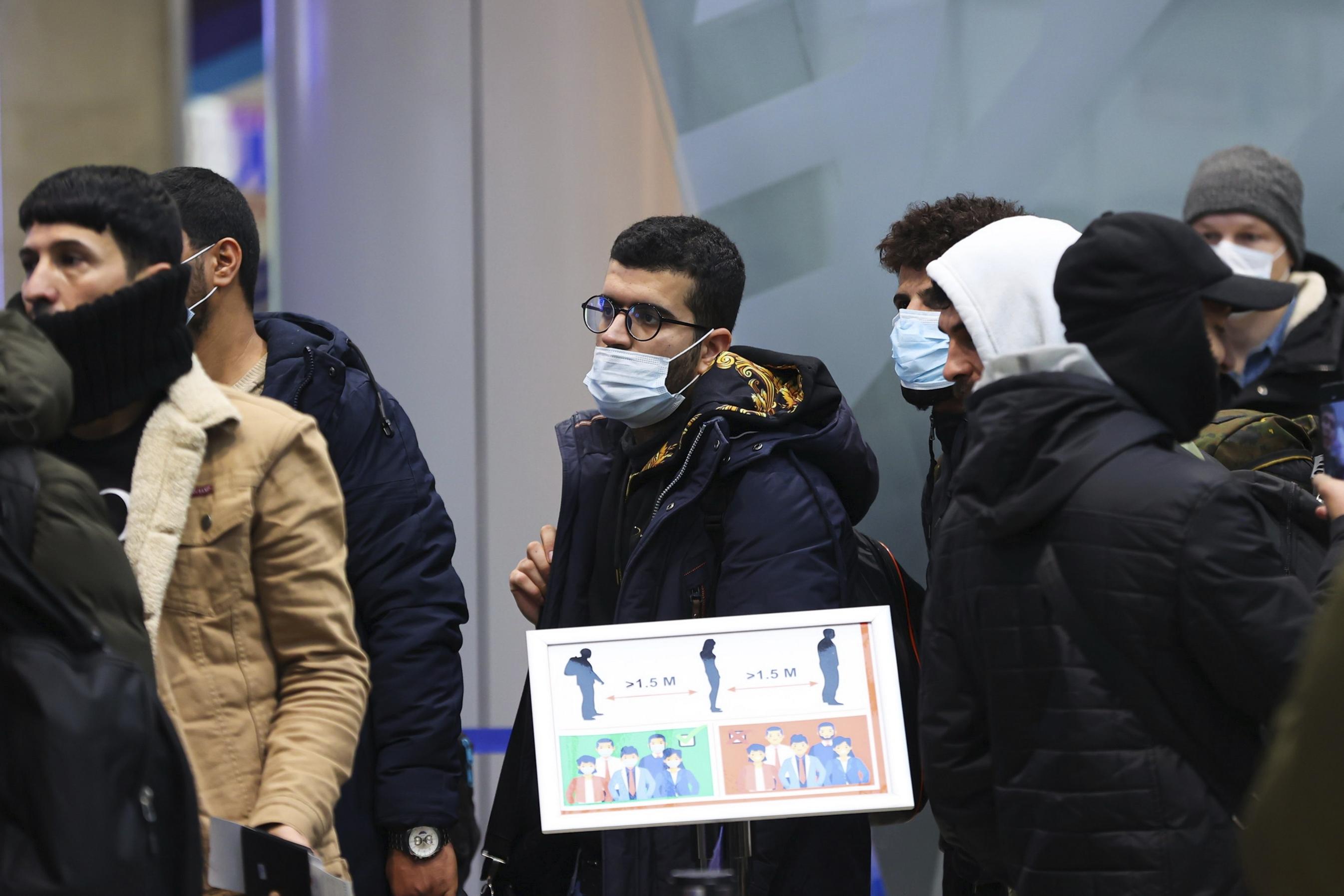 MOSCOW (AP) — More than 400 Iraqis sought to fly home from Belarus on Thursday, abandoning their hopes of reaching the European Union following more than a week of tensions at the bloc’s eastern border where hundreds of migrants remain stuck.

A plane carrying an unknown number is expected to depart from Minsk in the early afternoon and make two stops — one in the city of Erbil and another in the capital, Baghdad. A total of 430 Iraqis have registered for flights home, and most of those were already at the airport, according to Iraq’s consul in Russia Majid al-Kilani.

Since Nov. 8, a large group of people, mostly from the Middle East, has been stranded in Belarus at a border crossing with Poland, trapped as forces from the two countries face off against each other. Most are fleeing conflict or hopelessness at home and aim to reach Germany or other western European countries.

The West has accused Belarus President Alexander Lukashenko of luring the migrants to the border to use them as pawns to destabilize the 27-nation bloc in retaliation for its sanctions on his authoritarian regime. Belarus denies orchestrating the crisis, which has seen migrants entering the country since summer and then trying to cross into Poland, Lithuania and Latvia.

Some 2,000 people are reported to have camped in the cold at the border, some with children, and at least 11 deaths were reported in recent weeks as temperatures have dropped. Poland didn’t want to let them in, and Belarus didn’t want them returning to the capital of Minsk or otherwise settling in the country.

On Tuesday evening, Belarusian authorities offered to move people to a nearby warehouse, where they were given a heated space to stay, mattresses, water and hot meals.

About 1,000 migrants were staying in the warehouse on Wednesday, while another 800 people remained in the makeshift camp at the border, according to the Belarusian Red Cross. It’s not clear if there are other migrants elsewhere in Belarus.

The offer of shelter came after a melee broke out on the border, with migrants throwing stones at Polish forces massed on their side of the razor-wire fence, injuring 12, and the troops responded with water cannons and tear gas. Warsaw accused Belarusian forces of instigating the conflict, while the government in Minsk denounced Poland’s “violent actions.”

Poland has taken a tough stand against the migrants’ illegal entry, reinforcing the border with riot police and troops and making plans to build a tall steel barrier. The Polish approach has largely met with approval from other EU nations, who want to stop another wave of migration.

But Poland also has been criticized by human rights groups and others for pushing migrants back into Belarus and not allowing them to apply for asylum.

Lukashenko, meanwhile, has rejected accusations of engineering the crisis and said his government has deported about 5,000 illegal migrants from Belarus this fall.

In May, however, he had railed against the EU sanctions imposed on his country for its harsh crackdown on internal dissent, saying: “We were stopping migrants and drugs — now you will catch them and eat them yourself.”