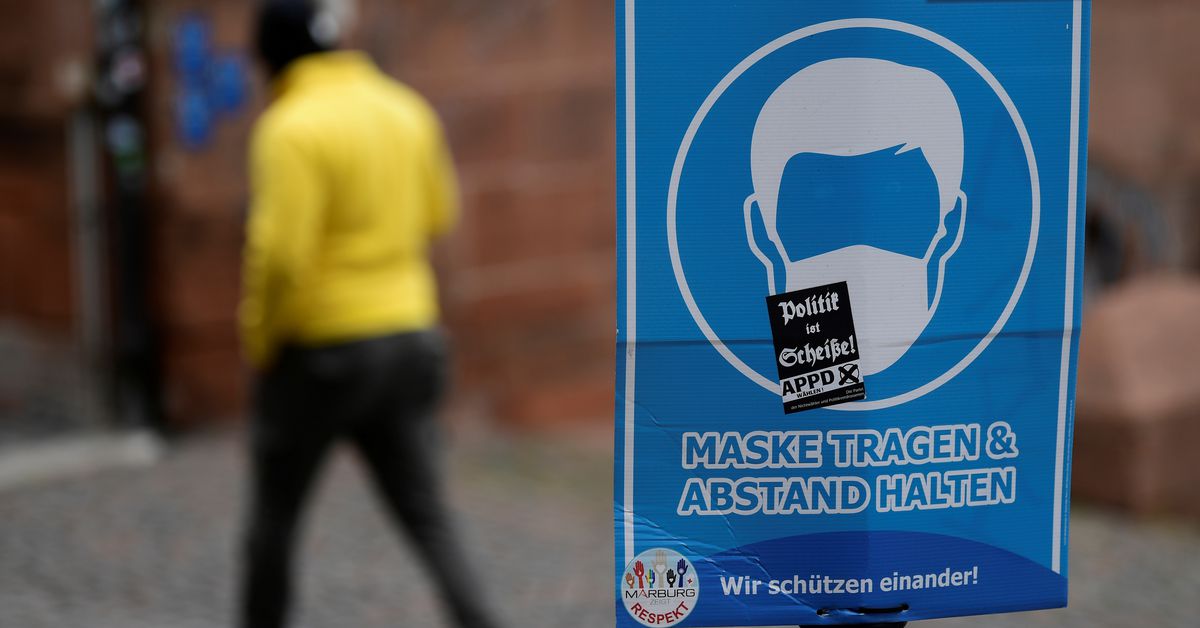 BERLIN, Nov 17 (Reuters) – Germany’s coronavirus situation is dramatic, Chancellor Angela Merkel warned on Wednesday, calling for an extra push on vaccinations a day before federal and regional leaders meet to agree on measures to curb a fourth wave of the virus.

Germany reported 52,826 new infections on Wednesday – a jump of a third from a week ago and another daily record, while 294 people died, bringing the total to 98,274, as the pandemic tightens its grip on Europe.

The surge in infections comes at an awkward time in Germany with the conservative Merkel acting in a caretaker capacity while three other parties negotiate to form a new government after an inconclusive September election.

Merkel said a national effort was needed and appealed to federal and regional leaders meeting on Thursday to introduce steps to trigger tighter restrictions based on the number of infected people being hospitalised in a week.

A draft of the document to be discussed and seen by Reuters sets out steps, including forcing people to show proof of vaccination or recovery or a negative COVID-19 test on public transport and at work and imposing tighter restrictions for leisure activities.

A person passes a sign, that indicates that masks are mandatory in Marburg, Germany, November 17, 2021. REUTERS/Fabian Bimmer

In addition, financial aid for companies and individuals hit by the crisis could be extended by three months to the end of March 2022.

Merkel appealed to vaccine-sceptics to change their minds and called for a speedier distribution of booster shots.

“If enough people get vaccinated that is the way out of the pandemic,” Merkel told a congress of German city mayors.

Only 68% of people in Europe’s most populous country are fully vaccinated – lower than the average in western Europe due to a tradition of vaccine hesitancy, while 5% of the population has had a booster shot.

The Social Democrats, Greens and Free Democrats, who aim to form the next government, will also propose measures to fight the pandemic in a draft law to go to parliament on Thursday.

That would replace emergency powers, due to end on Nov. 25, which provide a national legal framework for restrictions. Merkel’s conservatives want to extend these powers instead.