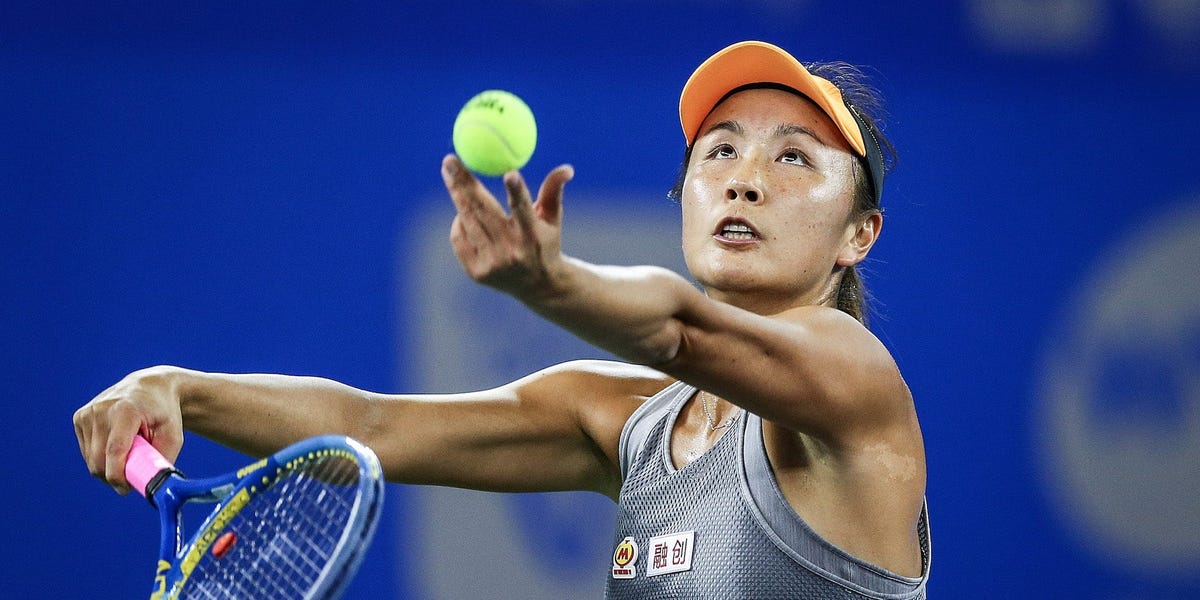 The head of the Women’s Tennis Association (WTA),  Steve Simon, has expressed increased concern for the welfare of Chinese tennis star Peng Shuai after an email purportedly from the missing player was published by a state media outlet.

Peng, one of China’s biggest sporting stars, has not been seen or heard from since making allegations of sexual assault against China’s former vice-premier, Zhang Gaoli, in a post on the social media platform Weibo on November 2. The post has since been deleted.

Concern has grown for the 35-year-old’s welfare ever since, with prominent tennis stars like Naomi Osaka and Novak Djokovic speaking out.

On Sunday, the WTA released a statement in which Simon called for an investigation into Peng’s allegations. Simon also said he had received “assurances” from China that Peng was safe, but that nobody from the WTA was able to contact her to confirm.

On Wednesday, a message addressed to Simon, supposedly from Peng, was shared on the Twitter page of the China Global Television Network’s European arm.

“Regarding the recent news released on the official website of the WTA, the content has not been confirmed or verified by myself and it was released without my consent,” reads the statement.

“The news in that release, including the allegation of sexual assault, is not true. I’m not missing, nor I am unsafe. I’ve just been resting at home and everything is fine. Thank you again for caring about me.”

Almost immediately after the message was published by CGTN, doubts were cast over its authenticity. The image is tightly cropped so there is no indication of whether it is actually an email, and a cursor can be seen hovering over the text.

Additionally, no other Chinese state media outlet has published the message. The English language website of the state news agency Xinhua, for example, contains no reference to Peng whatsoever in recent days.

WTA boss Simon is particularly skeptical, saying soon after the message was released that it has actually made him more worried about her wellbeing. He also described it as a statement, whereas CGTN claimed it was an email sent directly to Simon.

“The statement released today by Chinese state media concerning Peng Shuai only raises my concerns as to her safety and whereabouts,” he said.

“I have a hard time believing that Peng Shuai actually wrote the email we received or believes what is being attributed to her.

“Peng Shuai displayed incredible courage in describing an allegation of sexual assault against a former top official in the Chinese government.

Simon went on to say that he will only believe that Peng is safe when he has seen “verifiable proof,” and that all of his attempts to contact her have been unsuccessful.

“Peng Shuai must be allowed to speak freely, without coercion or intimidation from any source,” Simon continued.

“Her allegation of sexual assault must be respected, investigated with full transparency and without censorship.”

The advocacy group, Chinese Human Rights Defenders (CHRD), said the letter “should not be taken at face value.”

“The Chinese government has a long history of arbitrarily detaining people involved in controversial cases, controlling their ability to speak freely, and making them give forced statements,” said William Nee, the organization’s research and advocacy coordinator.

“Until Peng Shuai is free, the burden of proof should be on the Chinese government to prove she is not detained.”

It is not uncommon for high-profile figures in China to disappear from the public eye.

In August 2018, the Chinese actress Fan Bingbing vanished after being accused of tax evasion, only to reemerge two months later with an apology.