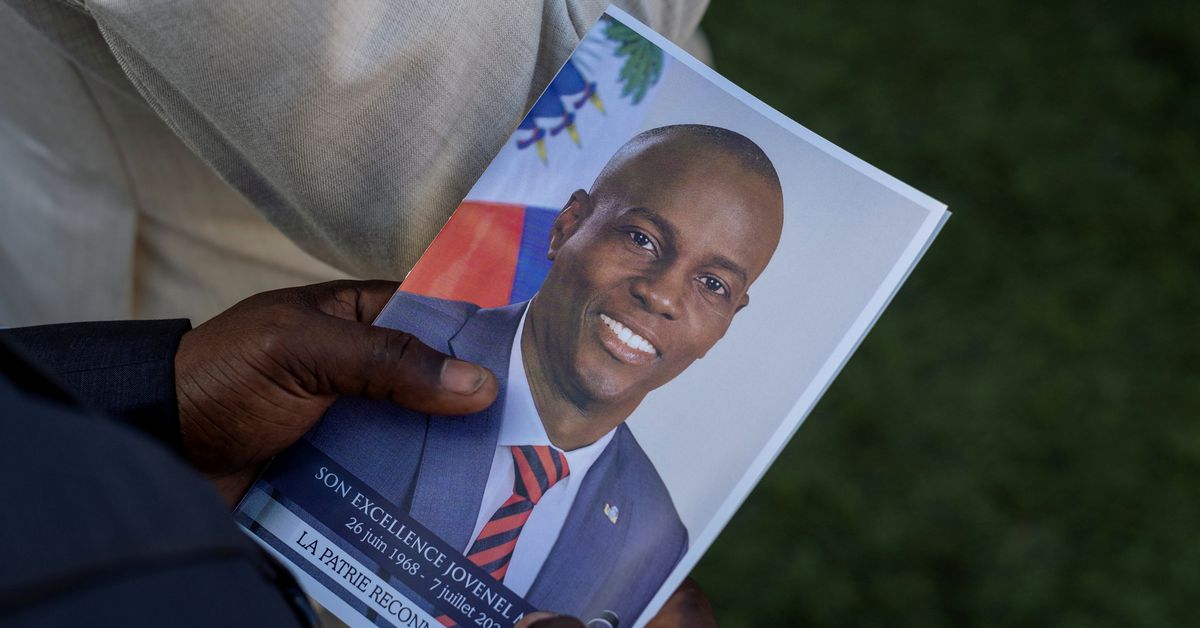 A person holds a photo of late Haitian President Jovenel Moise, who was shot dead earlier this month, during his funeral at his family home in Cap-Haitien, Haiti, July 23, 2021. REUTERS/Ricardo Arduengo/File Photo

Nov 17 (Reuters) – A suspect in the July assassination of Haitian President Jovenel Moise died while being transferred to a hospital from pretrial detention after suffering coronavirus symptoms, his wife said on Wednesday.

Gilbert Dragon, 52, a former police commissioner, died of cardiac arrest, said Marie Leslie Noel, adding she spent two weeks trying to get him moved to a hospital and struggled to get a COVID-19 test done on time.

“I finally got the authorization to bring him to the hospital this afternoon, and he died while was on his way,” said Noel. “I had been fighting to get him out for two weeks.”

Interior Minister Liszt Quitel did not reply to a request for comment.

The Haitian National Police said in an August report that Dragon had been in contact with other suspects on the night of Moise’s assassination on July 7 and had participated in meetings to plan it.

Noel said her husband was unfairly imprisoned and that he had been asleep at their home on the night the killing took place. She said Dragon went to speak to investigators of his own accord after hearing that police had been looking for him.

“I was very impatient for the trial because I wanted to see the proof that they had,” she said.

Haiti has made more than three dozen arrests, including a group of former Colombian military officers, in connection with the probe into Moise’s killing.