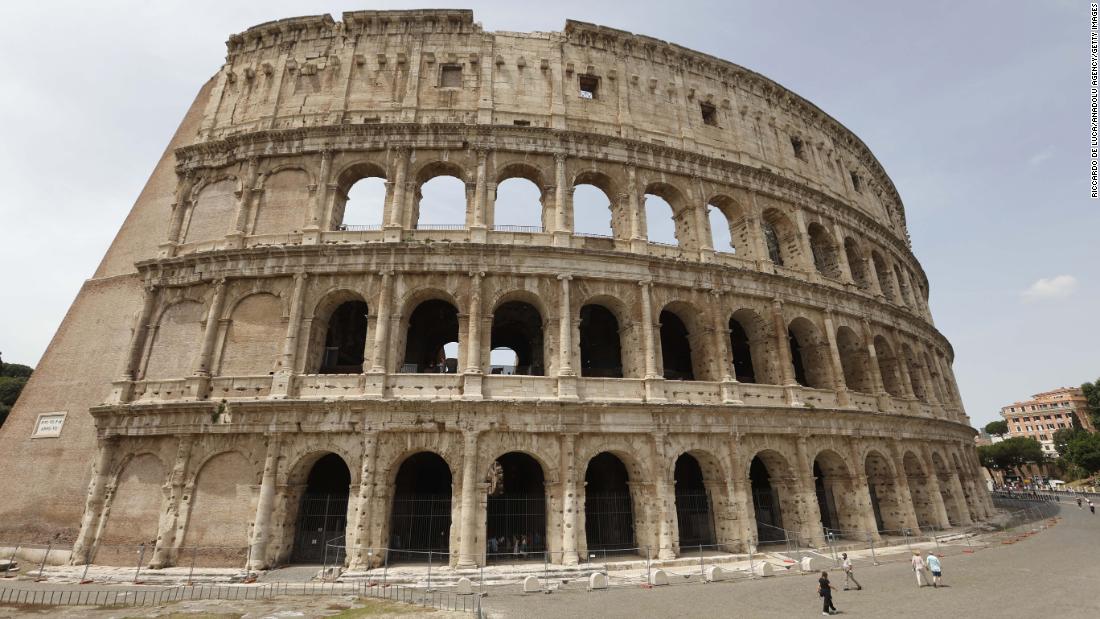 (CNN) — Back in the days of Ancient Rome, entering the Colosseum without a ticket would have meant you were about to be pitted against wild beasts and fellow gladiators.

But in 2021, it means you’re simply a tourist wanting to have a beer at one of the world’s most famous sites, and are happy to break the law to do so.

This week, Italian police caught two American tourists who had taken it upon themselves to break into the Colosseum after dark.

They had climbed over high railings to get in, and walked up the ancient steps to the second level of the building — the original way of entry for spectators — before deciding that the famous arches pointing outwards to the city around it would be the perfect spot for a beer.

Unfortunately for the men, their panoramic views of Ancient Rome were interrupted when passersby noticed them and called the cops.

The pair were picked up, walking back from their drinking session, on the street that leads back to the city center.

A spokesperson for Rome’s carabinieri police force told CNN: “During the early hours of Monday morning some people noticed two young men drinking beer in the Colosseum, facing outwards on the second level.

“They alerted a police car nearby, which then stopped the two young men on Via dei Fori Imperiali.”

They aren’t the first tourists to behave badly in the Italian capital. In August, an American man and English woman were fined €900 for cavorting in a famous fountain.

Vandalizing the Colosseum is a relatively regular event, which carries with it a potential jail term as well as a fine. In 2014, a Russian tourist was hit with a €20,000 ($22,600) fine for carving the letter “K” into the Colosseum walls.

In 2019, after a German student carved his initials into the 2,000-year-old walls, then-mayor Virginia Raggi wrote to the city’s foreign ambassadors, entreating them to encourage “civic behavior” from their visitors.

Earlier this year, two American tourists were given life sentences for murdering a plain-clothes policeman during a failed drug deal on a vacation night out.

Nicola Ruotolo contributed to this report