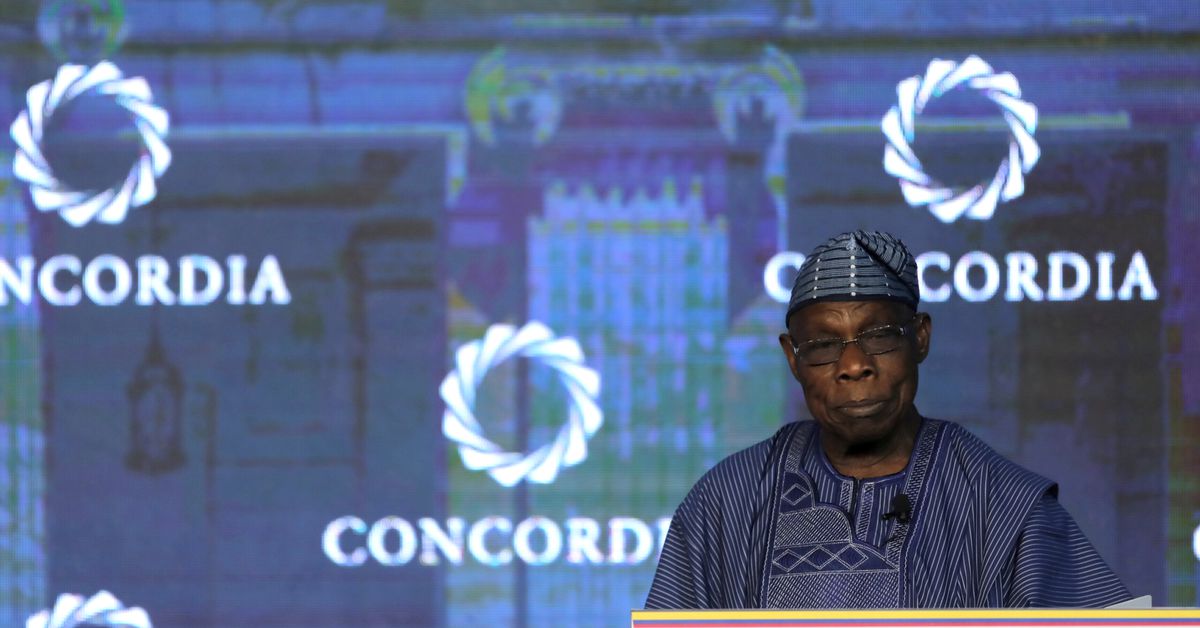 ADDIS ABABA, Nov 18 (Reuters) – A U.S. special envoy met Ethiopia’s deputy prime minister on Thursday in a bid to revive ceasefire talks, as the government gave permission for 369 aid trucks to enter famine-hit Tigray, where fighting began a year ago.

Jeffrey Feltman and Olusegun Obasanjo, the African Union’s High Representative for the Horn of Africa, arrived in Ethiopia on Thursday.

The two envoys want the government and rebellious Tigrayan forces and their allies to declare an unconditional ceasefire and allow access for humanitarian aid to areas in northern Ethiopia affected by fighting.

Feltman later met deputy prime minister and foreign minister Demeke Mekonnen. “During their discussions, Demeke disclosed that humanitarian flights to Lalibela and Kombolcha are allowed and in addition 369 aid trucks are permitted to enter to Tigray,” the government communications service tweeted.

Tigrayan forces say they control Lalibela and Kombolcha in Amhara, and have also moved into parts of the Afar region. Widespread hunger is reported in both.

Around 400,000 people are believed to be living in famine conditions in Tigray, where the U.N. said on Thursday it has been unable to deliver food for a month. Its report said most pregnant and nursing mothers there are acutely malnourished.

The government denies accusations by U.N. officials that it is operating a de facto blockade.

Leaders of the Tigray People’s Liberation Front (TPLF) want Prime Minister Abiy Ahmed to step down, and humanitarian aid to enter Tigray. The government wants Tigrayan forces to withdraw from territory they have captured in neighbouring regions.

Ethiopia on Nov. 2 declared a state of emergency as fighting spread further south towards the capital.

The TPLF have publicly speculated that Tigrayan forces might march on Addis Ababa, but more intense fighting has been reported in their push east to try to capture the route linking landlocked Ethiopia to the port of Djibouti.

Talks in Kenya between U.S. Secretary of State Antony Blinken and President Uhuru Kenyatta, focused on “how we marry the different efforts” from the United States, the AU, and other mediators, a senior state department official told reporters.

Kenyatta, who was in Addis Ababa on Sunday, indicated that Abiy “is more willing than he has been in the past to take advantage of the diplomatic efforts,” the official said.

On Wednesday, Ethiopia’s state-appointed rights commission said some human rights were not being upheld during the emergency and thousands of people had been detained.

An inquiry board of seven parliamentarians will visit detainees, investigate whether their detentions were ethnically driven and make recommendations, chair Lemme Tessema told reporters on Thursday.

U.N. spokesman Stephane Dujarric said six U.N. staff arrested since the state of emergency was declared had been released, while five U.N. staff and one dependent remain in detention. He said the last of more than 70 truck drivers contracted by the United Nations and detained by authorities were also released this week.