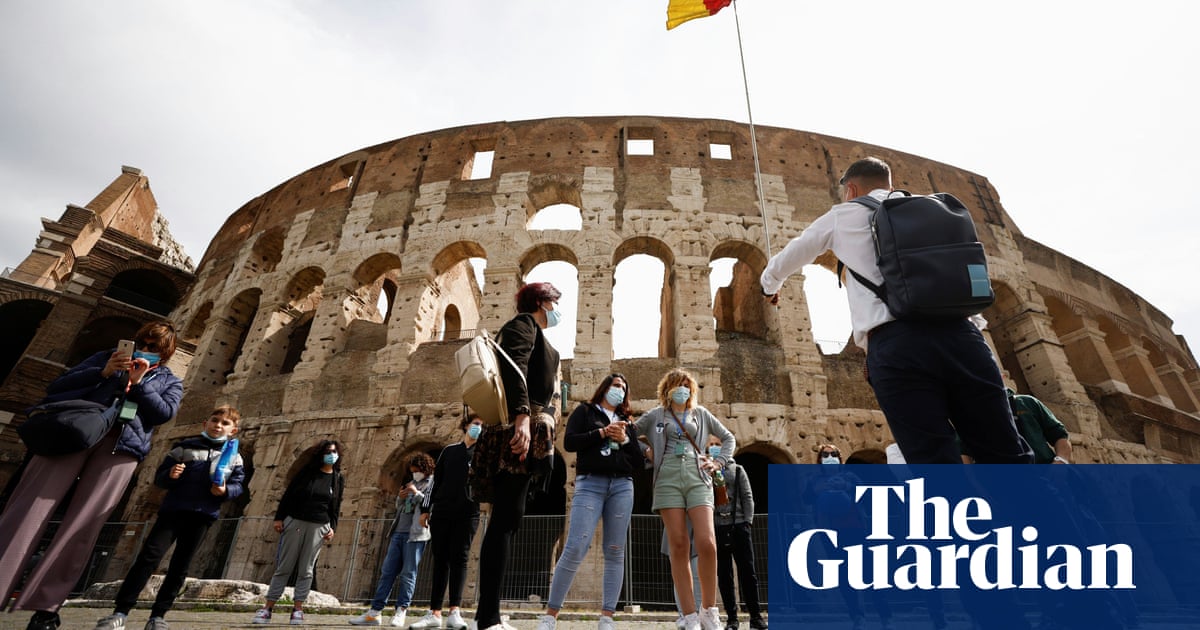 Two American tourists have been fined after breaking into the Colosseum, reportedly to experience the pleasure of having a beer inside the ancient Roman amphitheatre.

The pair, aged 24 and 25, climbed on to the second tier of the monument in the early hours of Monday morning. They were spotted at about 5.30am, chatting over their drinks, by a passerby who alerted police. It is unclear how they managed to enter the monument, which closes to the public at 4.30pm.

The intruders told police they were “just having a beer”, the Italian press reported, but officers fined them €800 (£670) for illegally entering the archaeological site. No damage was caused.

Italy gets its fair share of tourists behaving badly, with the Colosseum often a target for those who want to leave their mark. Defacing the 2,000-year-old structure is strictly forbidden, an instruction reinforced by the signs around the monument, and punishable by up to a year in jail and a fine of about €2,000. But not every tourist takes note.

In September last year, a 32-year-old man from Ireland was caught using a metal point to carve his initials into a pillar on the first level, while a German girl of 14 was caught doing the same thing a month later.

Such transgressions were more frequent before the coronavirus pandemic, when the Colosseum, completed under Emperor Titus in AD80, would welcome about 6 million visitors a year.

Venice has similar problems, with police in the lagoon city renewing their crackdown on uncouth behaviour as tourists returned with the lifting of coronavirus restrictions. In June, a French visitor was fined €150 for paddling along the Grand Canal on his standup paddleboard, and two German women had to pay €250 each for sunbathing in bikinis by San Stae church.

Sorgente articolo:
US tourists fined €800 for breaking into Colosseum for a beer – The Guardian