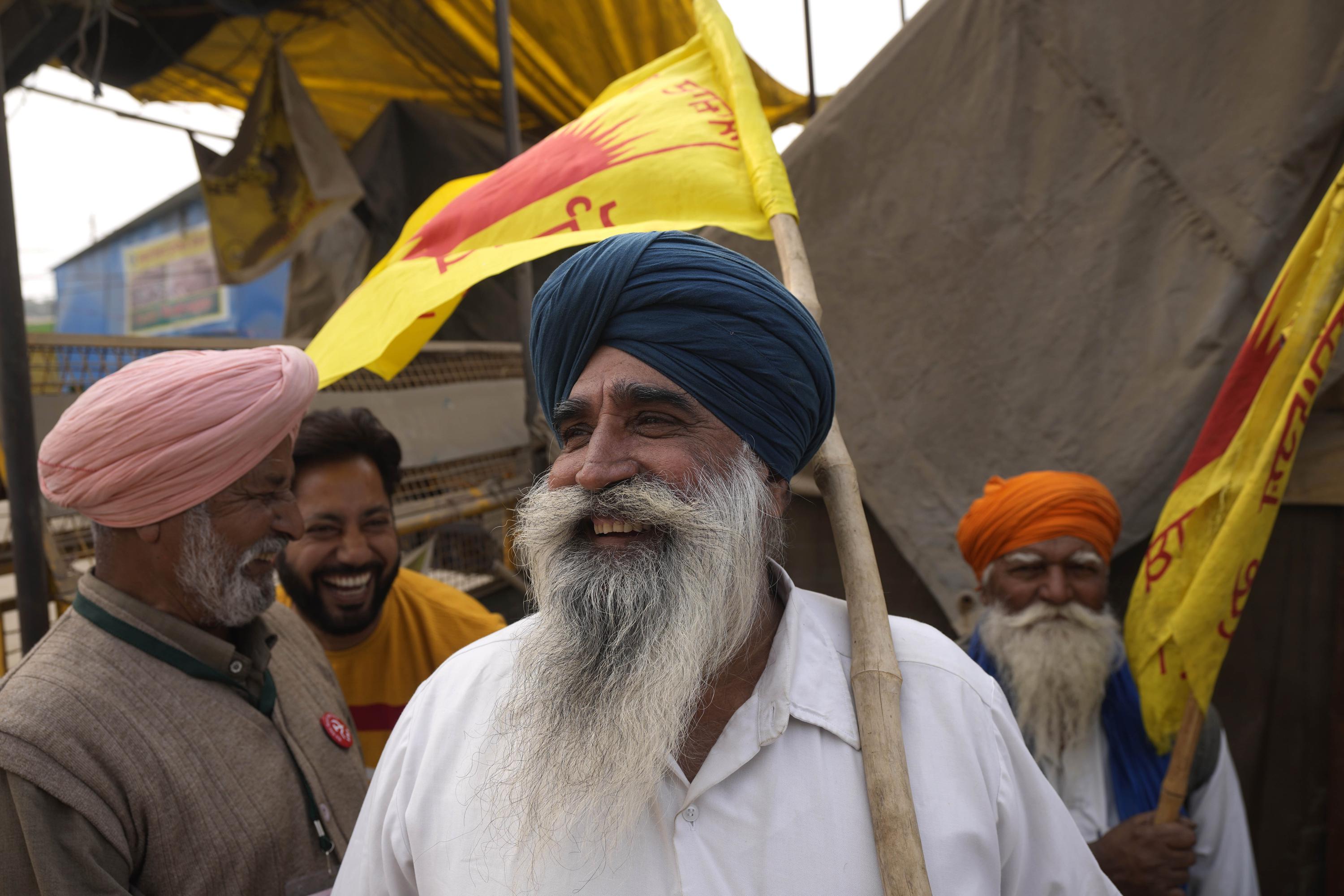 NEW DELHI (AP) — In a surprise announcement, India’s Prime Minister Narendra Modi said Friday his government will withdraw the controversial agriculture laws that prompted yearlong protests from tens of thousands of farmers and posed a significant political challenge to his administration.

The decision is a major climbdown by Modi’s Bharatiya Janata Party government, which enjoys a brute majority in Parliament but has been often accused by opposition leaders and constitutional experts of ramming through laws without enough consultation. The decision also came ahead of key elections in states like Uttar Pradesh and Punjab, and on the day of the Guru Purab festival, when Sikhs, who made up most of the protesters, celebrate their founder Guru Nanak’s birthday.

Modi made the announcement during a televised speech that was broadcast live, a medium he has chosen over the years to make public some of his government’s landmark, sometimes contentious, decisions. He urged the protesters to return home and said the constitutional process to repeal the laws will begin in December when Parliament sits for the winter session.

“While apologizing to the nation, I want to say with a sincere and pure heart that maybe something was lacking in our efforts that we could not explain the truth to some of our farmer brothers,” Modi said during the address. He then went on to say: “Let us make a fresh start.”

The laws were passed in September last year and Modi’s party had refused to extend the debate despite repeated requests from the opposition.

For a year, the government defended the laws, saying they were necessary reforms to modernize India’s agricultural sector and boost production through private investment. But the farmers protested, saying the legislation would devastate their earnings by ending guaranteed pricing and force them to sell their crops to corporations at cheaper prices.

The perceived threats to their income terrified farmers, who mostly work on a small scale: More than two-thirds of them own less than 1 hectare (2 1/2 acres) of land.

Clauses in the legislation also prevented farmers from resolving contract disputes in court, leaving them with no independent means of redress apart from government-appointed bureaucrats.

The protests escalated in November last year as farmers hunkered down on the outskirts of New Delhi, where they have camped out for nearly a year, including through a harsh winter and a coronavirus surge that devastated India earlier this year.

While the protests have been largely peaceful, demonstrators in January broke through police barricades to storm the historic Red Fort in the capital’s center. Clashes with police left one protester dead and hundreds injured.

Dozens of farmers died due to suicide, hostile weather conditions and COVID-19 during the demonstrations that have since drawn international support from rights campaigners and celebrities, including climate activist Greta Thunberg and U.S. singer Rihanna.

At Ghazipur, one of the demonstration sites on the outskirts of New Delhi, celebrations were subdued even though some farmers distributed sweets and burst crackers.

Samyukt Kisan Morcha, the group of farm unions organizing the protests, said it welcomed the government’s announcement. But it said the protests would continue until the government assures them guaranteed prices for certain essential crops — a system that was introduced in the 1960s to help India shore up its food reserves and prevent shortages.

The government initially engaged with farmers and offered to suspend the laws for 18 months in an effort to end the most serious challenge to Modi. But the farmers continued to press for a full repeal and called for strikes across the country.

Modi’s unexpected decision is seen as a political masterstroke ahead of key state polls, particularly in northern Punjab, where the Sikh community was facing growing alienation because of the laws. His government is already under pressure over its response to the pandemic and a struggling economy.

The 71-year-old leader has stood firm in the face of fierce criticism over other steps his government took, like abruptly banning high-denomination currency notes in 2016, and revoking Muslim majority Kashmir’s semiautonomous powers in 2019.

Modi also backed a citizenship law that Muslims consider to be indiscriminate even though most of the country convulsed in and sometimes violent protests against it in 2019.

Gilles Verniers, a professor of political science at New Delhi’s Ashoka University, said the announcement was very significant but the government will find it hard to convince the farmers that it repealed the laws for reasons other than electoral gains.

“It is highly unusual for the Modi government to retreat or backpedal on a major political decision,” said Verniers. “The government is likely to spin this as the PM listening to the people, but after a year of hard protest, acrimony and violence, it’s going to be difficult to make that notion adhere.”

Initially, Modi’s government had tried to discredit the Sikh farmers by dismissing their concerns as motivated by religious nationalism. Some leaders in Modi’s party called them “Khalistanis,” a reference to a movement for an independent Sikh homeland called “Khalistan” in the late 1980s and early 1990s.

Opposition leaders, who earlier called the laws exploitative and supported the protests, congratulated the farmers.

“The country’s farmers, through their resistance, made arrogance bow its head,” tweeted Rahul Gandhi from India’s main opposition Congress party. “Congratulations on the victory against injustice!”

Farmers form the most influential voting bloc in India. Politicians have long considered it unwise to alienate them, and farmers are particularly important to Modi’s base. Northern Haryana and a few other states with substantial farmer populations are ruled by his party.