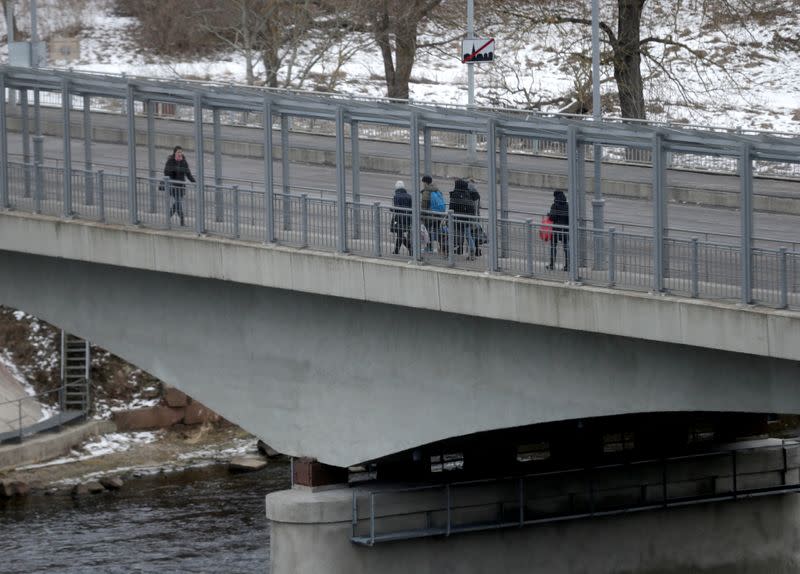 (Reuters) – The Estonian government summoned 1,700 reserve soldiers on Wednesday for an unannounced exercise which will include installing a razor wire barrier along 40 km of its border with Russia, as the migration crisis in nearby Belarus intensifies.

The EU has accused Belarus of flying in thousands of migrants from the Middle East and Africa and pushing them to cross into EU and NATO members Poland, Lithuania and Latvia in retaliation for sanctions already imposed on Minsk. Belarus has denied deliberately fomenting the crisis.

The EU neighbours of Belarus, which is a close Russian ally, have warned that the crisis could lead to a military clash, and have declared states of emergency and deployed military forces near their borders.

Estonia has a similar geopolitical history to Lithuania and Latvia, although it has no border with Belarus.

The snap exercise is scheduled to last until Nov. 25 and was called to test rapid response of the national chain of command, the Estonian government said.

The reserve solders will help install 40 km of razor wire in places along Russian border, where risks of illegal crossings are highest, Estonian police and border guard said in a statement.

“What is happening in Poland, Lithuania and Latvia also requires the strengthening of the border infrastructure in Estonia,” said chief of Police and Border Guard Elmar Vaher.

(Reporting by Andrius Sytas in Vilnius; Editing by Toby Chopra and Peter Graff)