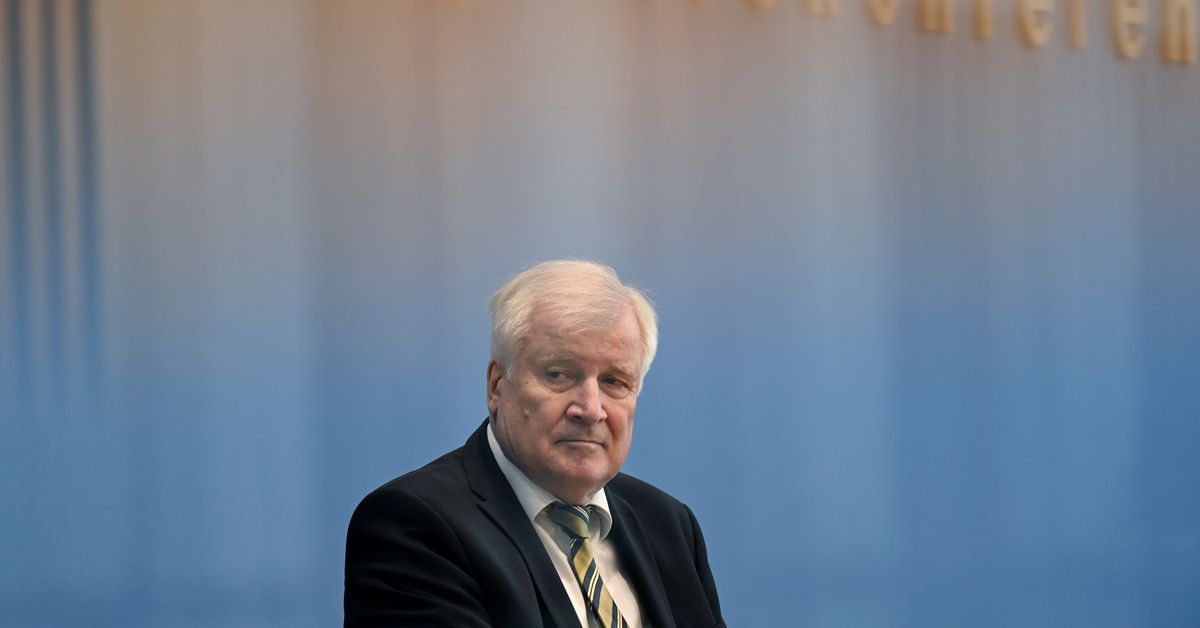 German Interior Minister Horst Seehofer looks on during a joint press conference with the president of The Federal Office for Information Security (BSI) to present the office’s annual report in Berlin, Germany October 21, 2021. Ina Fassbender/ Pool via REUTERS

WARSAW, Nov 18 (Reuters) – Germany will not take in refugees stranded on the Belarus-Polish border, Interior Minister Horst Seehofer said on Thursday after talks with his Polish counterpart.

“If we took in refugees, if we bowed to the pressure and said ‘we are taking refugees into European countries’, then this would mean implementing the very basis of this perfidious strategy”, Seehofer said during a news conference in Warsaw.

European Union countries accuse Belarus of having deliberately created the crisis by flying in migrants from the Middle East and pushing them to attempt to cross illegally into Poland and Lithuania. Minsk denies the accusations.

“We are talking about an irregular and perfidious migration which is being organized by Belarus with a degree of support from Russia,” Seehofer said. “The Poles are not only following their own interests. They are also acting in the interests of the whole European Union.”

Germany, the EU’s wealthiest economy, is believed to be the preferred destination of many of the migrants.

Belarus authorities on Thursday cleared the main camps where migrants had huddled at the border with Poland, in what appeared to be a major development in a crisis that has spiralled in recent weeks into an East-West confrontation.

Seehofer dismissed as “misinformation” a report by the Belta news agency that Belarussian President Alexander Lukashenko had presented Chancellor Angela Merkel with a plan to solve the crisis that would include the EU taking in 2,000 migrants.