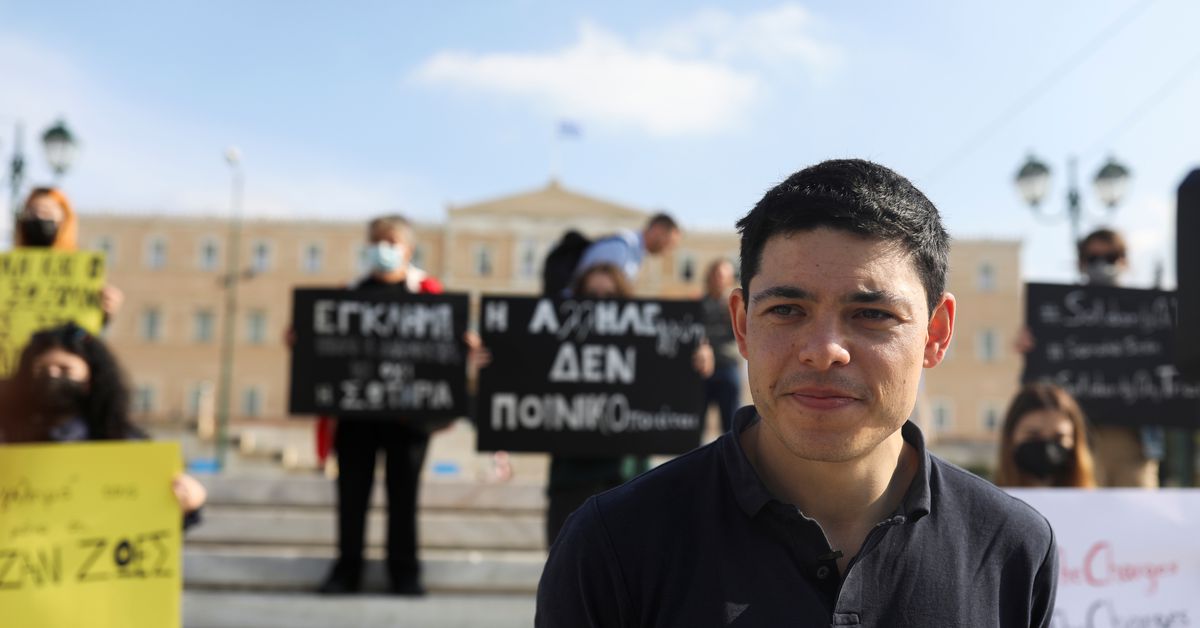 LESBOS, Greece, Nov 18 (Reuters) – The trial of 24 aid workers involved in refugee rescues began on the Greek island of Lesbos on Thursday and was immediately adjourned amid calls from rights groups that authorities drop the “absurd” charges of spying and disclosing state secrets.

The aid workers, some of them foreigners and including a Syrian refugee, were affiliated with the Emergency Response Center International (ERCI), a nonprofit search-and-rescue group operating on Lesbos from 2016 to 2018. The island was then on the frontline of Europe’s refugee crisis, with scores of asylum-seekers arriving daily on its shores.

The defendants, who face up to eight years in prison, deny the charges against them. They also face separate felony charges, still being investigated, of people-smuggling, belonging to a criminal group and money-laundering, which can carry prison sentences of up to 25 years.

“I feel angry,” Sean Binder, a rescue diver who grew up in Ireland, told Reuters outside the court. “I feel angry that the legal requirement to try and help people in distress out at sea is being criminalised right now. I am angry because there is not a shred of evidence against us.”

Binder was arrested in 2018 and spent 107 days in pre-trial detention.

“I am hoping to take him home,” his mother, Fanny, said.

As well as Binder, police arrested Sarah Mardini, a Syrian swimmer who took an overcrowded dinghy to Greece with her sister Yusra in 2015 and saved the other 19 passengers by pulling their sinking boat to shore for four hours.

Mardini, who was held in Athens’s maximum security prison, was granted asylum in Germany. She could not attend the trial because she is barred from entering Greece, something her lawyer, Harris Petsikos, called “a paradox”.

Sean Binder looks on during a demonstration by Amnesty International activists in solidarity with Sean Binder and Sarah Mardini, aid workers on trial over refugee rescues, outside the parliament building, in Athens, Greece, November 15, 2021. REUTERS/Louiza Vradi

A European Parliament report in June called the trial “the largest case of criminalization of solidarity in Europe”.

“It’s a trial we never wanted to see happening because these people are facing trumped up charges, absurd charges,” said Giorgos Kosmopoulos, a senior campaigner for Amnesty.

“Today’s decision to adjourn the case to be tried at a higher court only compounds the grave human rights violations in this case,” he said. A date for the trial has not been set.

One of the defendants, 73-year-old Dutch national Pieter Wittenberg, said he was helping refugees by cooking meals and handing out clothes.

“Would I do it again? Yes, of course,” he said. “There is nobody else who can help them, just the volunteers and the NGOs and not, indeed not, the authorities. They have other things to do.”

Additional reporting and writing by Karolina Tagaris in Athens; Editing by Angus MacSwan and Catherine Evans