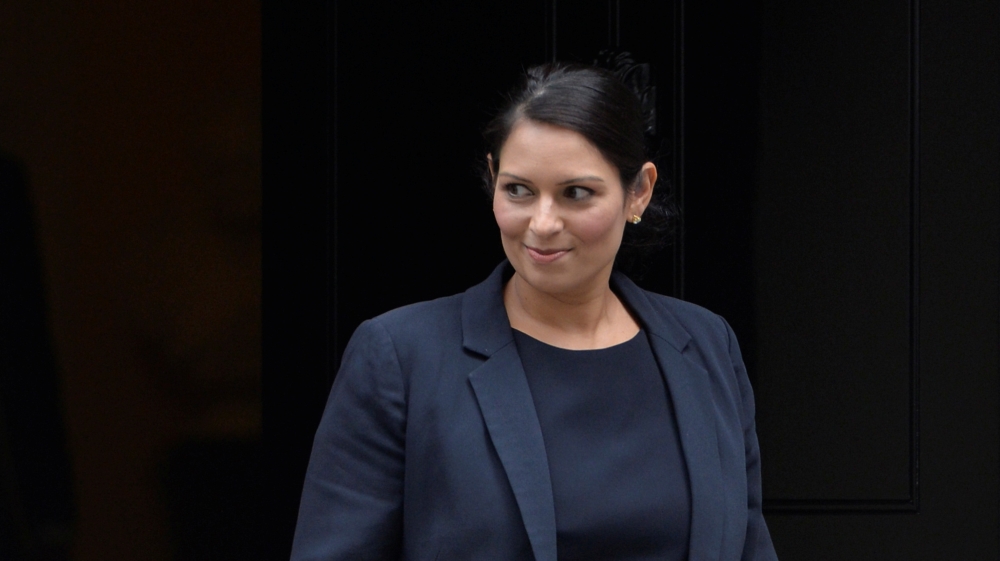 Hamas has condemned a move by the British government to ban the group as a terrorist organisation, which could see supporters face up to 14 years in prison.

Home Secretary Priti Patel said on Friday she will push for the change in Parliament next week, arguing that it was not possible to distinguish between Hamas’s political and military wings.

“Instead of apologising and correcting its historical sin against the Palestinian people…it supports the aggressors at the expense of the victims,” said the Hamas statement, in reference to the Balfour Declaration and British Mandate which it said handed “Palestinian lands to the Zionist movement”.

“Resisting occupation, by all available means, including armed resistance, is a right guaranteed by international law to people under occupation,” added the statement.

The group called on its supporters to condemn as it described Israel’s occupation of Palestinian lands, forcible displacement of Palestinians, the demolition of their homes, and the siege of more than two million in the Gaza Strip, as “terrorism”.

The statement came as Patel, who is on a trip to Washington, DC, said the move was “based upon a wide range of intelligence, information and also links to terrorism”.

“The severity of that speaks for itself,” she said, calling Hamas “fundamentally and rabidly anti-Semitic”, adding proscription was required to protect the Jewish community.

In 2017, Patel was forced to resign as Britain’s international development secretary after she failed to disclose meetings with senior Israeli officials during a private holiday trip to the country.

The Qassam Brigades military wing of the Palestinian movement that rules the Gaza Strip has been banned in Britain since March 2001.

But an outright ban under the Terrorism Act 2000 will bring the United Kingdom in line with the United States and the European Union.

If Pate’s latest bid is successful, flying Hamas’ flag, arranging to meet its members or wearing clothing supporting the group will be outlawed.

Politically, it could force Britain’s main opposition group to take a position on Hamas, given strong pro-Palestinian support among the more left-wing members of the Labour Party.

Earlier this month, a man appeared in a British court for wearing T-shirts supporting Hamas’ military wing and Palestinian Islamic Jihad, which the UK banned in in 2005.

On three occasions in June, Feras Al Jayoosi, 34, wore the garments in the Golders Green area of north London, which has a large Jewish population.

“I welcome the UK’s intention to declare Hamas a terrorist organisation in its entirety – because that’s exactly what it is,” he tweeted.

I welcome the UK’s intention to declare Hamas a terrorist organization in its entirety — because that’s exactly what it is.

Thank you to my friend @BorisJohnson for your leadership.

Foreign minister Yair Lapid said in a statement: “There is no legitimate part of a terrorist organisation, and any attempt to differentiate … is artificial.”

Lapid said the move was a result of “joint efforts” between the British and Israeli governments.

Founded in 1987, Hamas is against Israel’s occupation of the Palestinian territories.

An 11-day Israeli assault on Gaza in May this year killed at least 250 Palestinians, including 66 children. Israeli officials say 13 people, including two children, were killed in Israel by Hamas rockets.