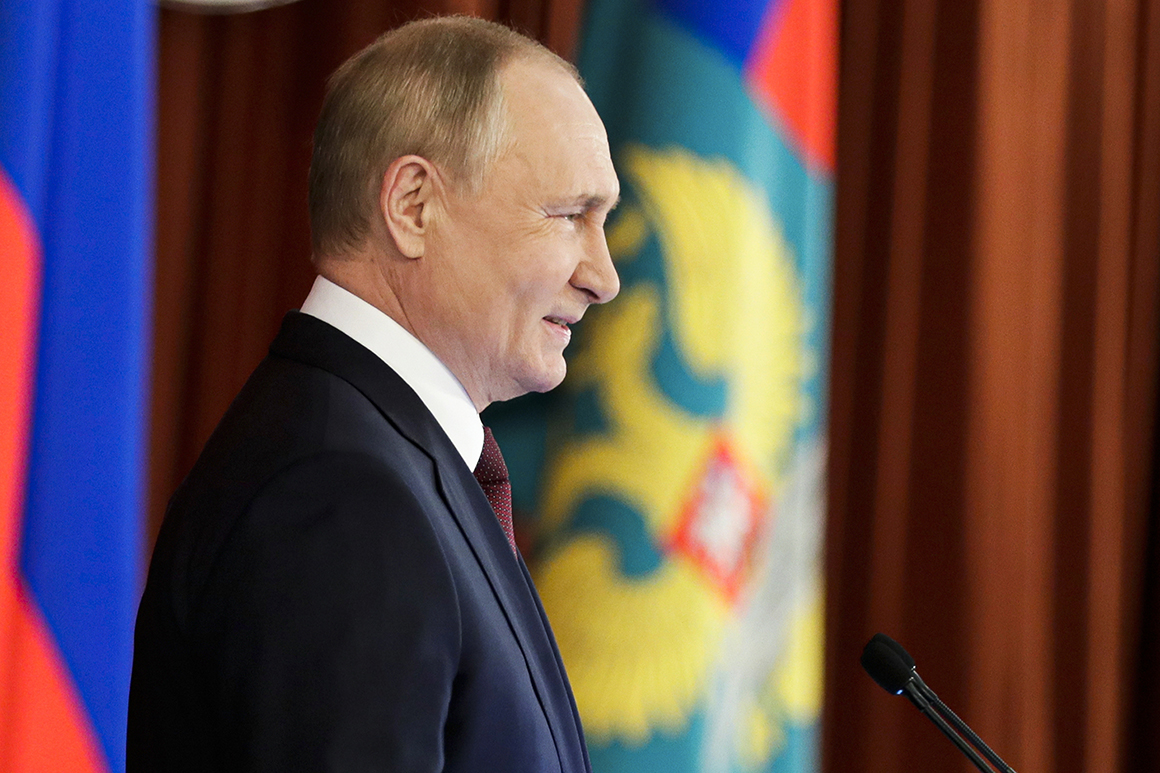 But Moscow’s current military buildup has been accompanied by dramatically tougher rhetoric in recent months, suggesting that this time is different. President Vladimir Putin may believe Ukraine is at an inflection point and that it’s time to up the ante. The risk of a major war seems real enough to justify a new U.S. approach. The current policy of threatening punishments and bolstering Kyiv might be morally justified, but it is highly unlikely to alter Putin’s calculus. The Biden administration should accept the unsatisfying reality that it will likely not be able to coerce Putin to de-escalate if he is determined to act. America’s leverage is limited.

Where the United States does have significant leverage is with Ukraine—and this leverage is largely untapped. Rather than focusing only on coercing Russia, the Biden administration should also push Kyiv to take steps toward implementing its obligations under the Minsk II agreement, which Ukraine has shown little desire to do since the deal was brokered six years ago. Ukrainian steps toward complying with the agreement, flawed as it is, might actually invite de-escalation from Russia and reinvigorate the languishing peace process.

The threats against Ukraine implicit in Russia’s troop buildup are morally reprehensible and contrary to Moscow’s international commitments. But to avoid a war, persuading Kyiv to make the first move might be our best hope.

Minsk II was a victor’s peace, essentially imposed by Russia on Ukraine at the barrel of a gun. Ukraine’s forces had just been routed, and Germany and France were pushing for an end to the bloodshed. The deal’s provisions called for Kyiv to delegate significant political powers to the pro-Russian rebel-held areas in the Donbas, and even to negotiate with those rebels a “new constitution” that codified their special status. In return, Russian forces would withdraw and hand over control of the border. Although the details of the agreement concern the Donbas specifically, there was a broad political settlement implicit in its terms: Ukraine got peace but had to grant a constitutionally guaranteed lever of influence to Russia’s rebel proxies, which Moscow could use to prevent Kyiv from completely defecting to the West.

But the bargain has never been realized on the ground. Ukraine has resisted entreaties to implement the political provisions of Minsk II. For example, rather than adopt a new constitution codifying new powers for Russia’s Donbas allies, the Ukrainian parliament passed a constitutional amendment enshrining the strategic goal of NATO and EU membership. Russia has taken advantage of Ukraine’s foot-dragging to justify its ongoing refusal to fulfill its side of the bargain.

For nearly seven years, the simmering conflict appeared to have reached a stable equilibrium. Neither side got what it wanted, but neither was prepared to escalate to force the issue. Meanwhile, Ukraine significantly deepened its integration with the European Union and NATO. While neither bloc is prepared to offer the country full membership, both have de facto anchored Ukraine inside their orbit. President Volodymyr Zelensky, despite having campaigned on ending the war, has adopted a hardline position, even calling for a revision of Minsk II and demanding concrete promises on Ukraine’s NATO membership.

Now, messaging from Moscow suggests the Kremlin is no longer prepared to tolerate this status quo. In the last six months, both Putin and former Russian president Dmitri Medvedev have published extremely inflammatory articles about Ukraine; the former questioned the grounds for an independent Ukrainian state, while the latter caustically dismissed Ukrainian leadership as “ignorant and unreliable.”

For Moscow, the Donbas conflict has always been a means to an end: having a lever of influence over Ukraine in order to limit its Western integration. As one senior former Russian official said, “To get Donbas but lose Ukraine would represent a defeat for the Kremlin.” The current buildup of forces suggests Moscow now believes that defeat is forthcoming—unless it escalates. Russia might well be prepared to attack far deeper into Ukrainian territory and has the military capability to do so.

The consequences could be catastrophic. Ukraine’s armed forces stationed in the east would likely take heavy casualties, and the civilian population would suffer both directly from the fighting and indirectly from the inevitable economic implosion. European security would be significantly undermined, with NATO allies likely to demand additional U.S. deployments and reassurance. The already limited prospects for U.S. cooperation with Russia on any major issue on Biden’s agenda—from cybercrime to climate change—would fade completely.

It may not be too late for the Biden administration to seize the diplomatic initiative and broker arrangements to avert a war. But to do this, it should rethink the basic carrot-and-stick formula that has characterized America’s approach thus far. The reality is that Ukraine depends on political, diplomatic, economic and military support from the West, and particularly from the United States. At key moments, Washington has exercised that leverage—such as then-Vice President Biden’s push in 2016 to have Ukraine’s crooked chief prosecutor dismissed, an episode made famous in President Donald Trump’s first impeachment.

But the U.S. has not yet used its influence to push for progress on the Donbas conflict. It could, for example, ask Kyiv to pass the blanket amnesty called for by Minsk or move the constitutional amendments forward in parliament, where they have been stuck since 2018. Washington has been understandably reluctant to do this in the past; Minsk represents Russia’s terms, imposed using armed aggression. Pushing the victim—a good friend of the United States—to do the aggressor’s bidding is contrary to U.S. principles.

However, if Ukraine took visible steps on Minsk that it has thus far refused to take, that would put the onus on Moscow to deescalate, pull its forces back from the border and return to the negotiating table. For Putin, the use of force is not an end in itself; if he can get some of what he wants without war, he likely will take it. If Russia does not pull back following Ukraine’s concessions, there would at least be a stronger Western consensus in support of Kyiv against Moscow—and the concessions themselves could be undone.

This would not fully resolve the broader conflict, but it could defuse the current crisis and avert a potential catastrophe. It could also reenergize the conflict settlement process, particularly if the United States were to get more directly involved alongside France and Germany.

If coercing Russia into backing down were feasible, such unsavory compromises would not be necessary. But it’s not, and they are. Russia has demonstrated that it is prepared to go to extreme lengths in Ukraine—way farther than the United States or the EU. Without a willingness to push the Ukrainians to play ball on Minsk, the current policy of threatening consequences to Moscow and bolstering support for Kyiv may be insufficient to stop a war. Biden may also have to push Ukraine to take some painful steps toward compromise in order to save it from calamity.

Sorgente articolo:
Opinion | The U.S. Approach to Ukraine’s Border War Isn’t Working. Here’s What Biden Should Do Instead. – POLITICO Magazine