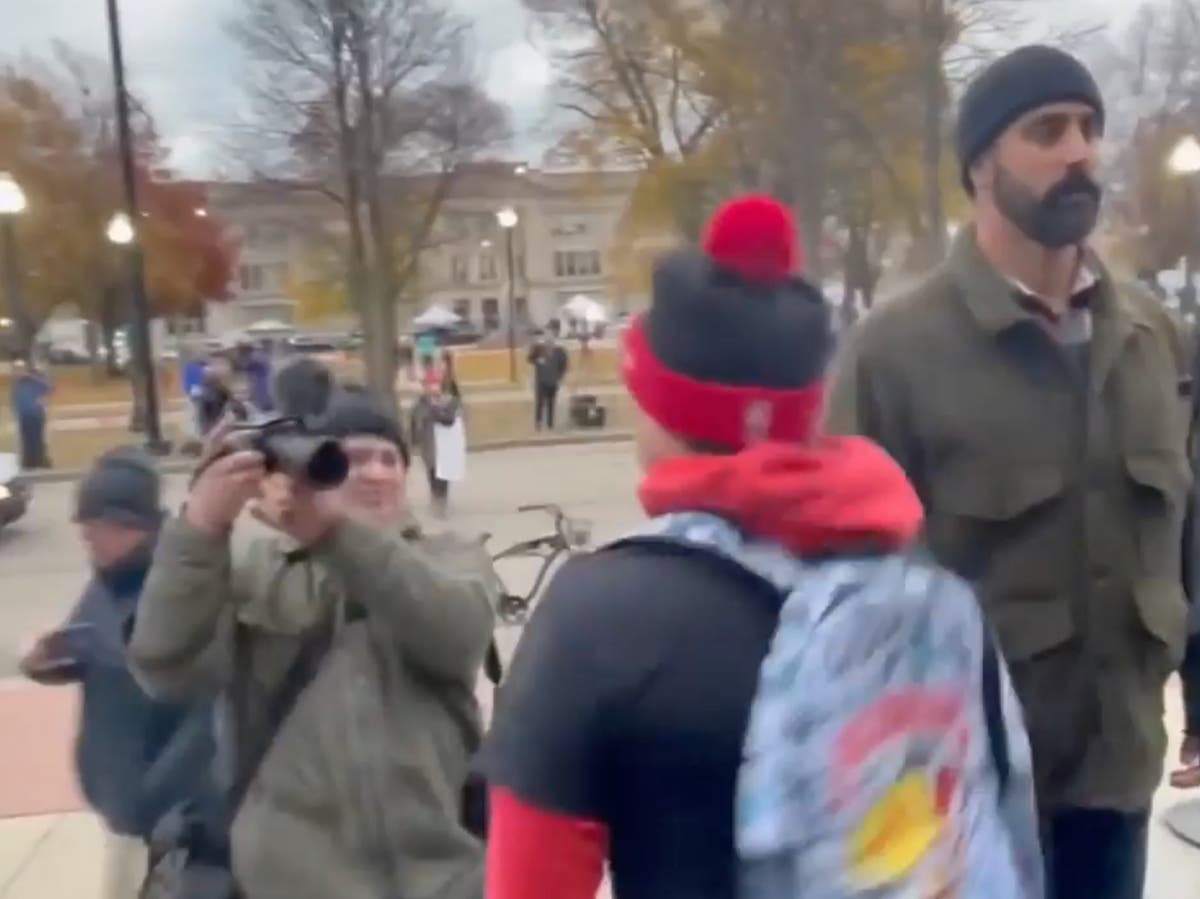 A protester outside the courtroom where Kyle Rittenhouse has been on trial was allegedly caught body-slamming a journalist, and was found to be avoiding bail.

Anthony Chacon, according to reports, was wearing a “f*** Kyle Rittenhouse” t-shirt at the protest outside the court when he apparently assaulted a journalist. He also held a placard.

Footage from outside the courtroom on Wednesday appeared to show a man matching his description hitting a journalist’s camera, forcing him to back off.

It was unclear if the same journalist was body-slammed by the 20-year-old, in an alleged assault that was seen by a journalist for Fox News.

The 20-year-old was arrested along with another protester, Shaquita Cornelious, who is facing charges of resisting, disorderly conduct, and possession of marijuana.

Mr Chacon was charged with battery, disorderly conduct and resisting arrest, and according to Fox News, the Kenosha Police Department also confirmed charges of bail jumping – meaning he has an existing criminal record.

The Kenosha Police Department said in a Facebook statement: “During the arrests law enforcement needed to deploy several officers to keep crowds of citizens and media from interfering.”

“The Kenosha Police Department and the Kenosha County Sheriff’s Department fully recognize the importance of media coverage surrounding the trial”.

It continued: “The media and the public have a responsibility to give space to law enforcement and allow them to perform their duties. Please do so.”

Footage shared on social media also suggested that two opposing groups of protesters had shared pizza together outside the courtroom moments before fighting broke out.

Mr Chacon was thought to be among the anti-Rittenhouse group.

A jury is currently deliberating for a third day on the outcome of the trial against the 18-year-old, who faces life imprisonment for shooting three men during demonstrations against police brutality in Kenosha in August 2020 – two of whom died.

He has pleaded not guilty during the trial and that his actions were an act of defence.

The incident took place months after the killing of a Black man, George Floyd, in Minneapolis.