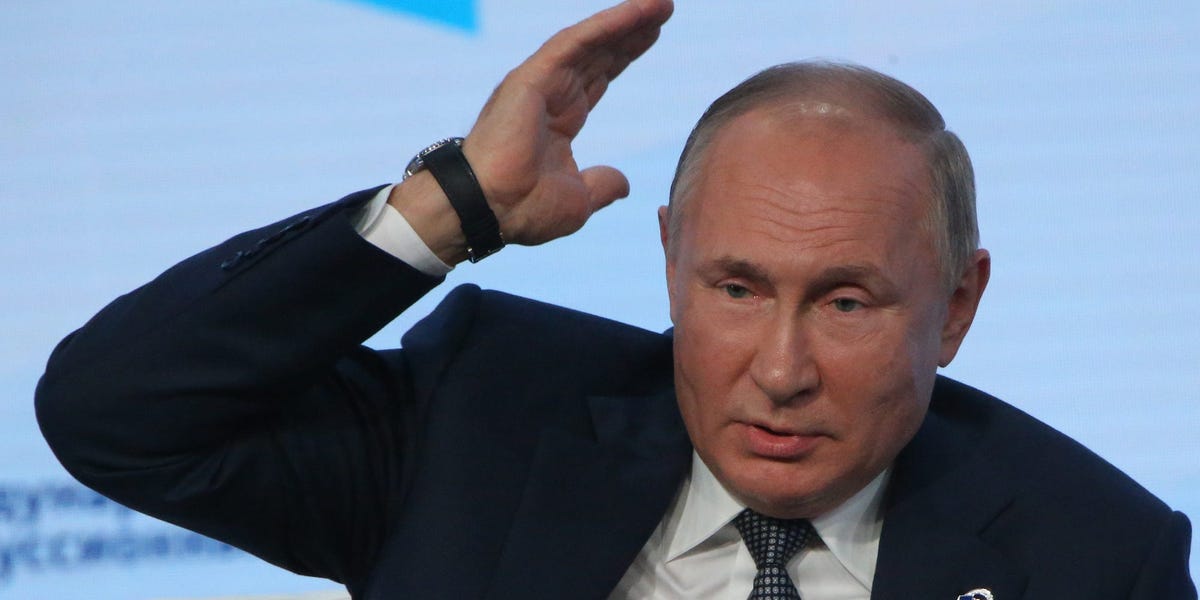 Russian President Vladimir Putin on Thursday effectively blamed the West for growing tensions with Moscow, as US officials continue to raise concerns about Russian troop movements on the border with Ukraine.

“We’re constantly voicing our concerns about this, talking about red lines, but we understand our partners — how shall I put it mildly — have a very superficial attitude to all our warnings and talk of red lines,” Putin said in a speech on foreign policy, per Reuters, claiming that Western strategic bombers with “very serious weapons” have been flying within roughly 12.5 miles of Russia’s borders.

Back in September, the Kremlin warned that NATO expanding military infrastructure in Ukraine would cross “red lines” for the Russian president. The Russian president has repeatedly complained about US and NATO military activities in the Black Sea and Eastern Europe.

Putin during his Thursday speech also said that relations between Washington and Moscow at the moment are “unsatisfactory.” But he signaled that Russia is still open to dialogue with the US. President Joe Biden and Putin met in Geneva in June, but the summit was largely fruitless.

Putin’s remarks came as NATO and the US criticize Russia over its military presence near Ukraine, as Ukrainian troops continue to fight a war against Kremlin-backed rebels in the Donbass region. Russia, for its part, denies involvement in the conflict.

The US has provided over $2.5 billion in security assistance to Ukraine since 2014, the same year that Russian forces annexed Crimea from Ukraine and the war in the Donbass region began. Over 13,000 people have been killed in the conflict so far.

“We’ll continue to call on Russia to act responsibly and be more transparent on the buildup of the forces around on the border of Ukraine,” US Defense Secretary Lloyd Austin said during a press conference on Wednesday.

“We’re not sure exactly what Mr. Putin is up to,” Austin added.

”Any further provocation or aggressive actions by Russia would be of serious concern,” Stoltenberg said.

Last week, US Secretary of State Antony Blinken also said the Biden administration is concerned Russia “may make a serious mistake of attempting to rehash what it undertook back in 2014, when it amassed forces along the border, crossed into sovereign Ukrainian territory, and did so claiming falsely that it was provoked.”

The Kremlin has denied any plans to launch an invasion of Ukraine.