The report, which did not cite sources, said the Turkish leader was particularly interested in getting appreciative phone calls from Israeli Prime Minister Naftali Bennett and President Isaac Herzog.

The call between Erdogan and Bennett was their first, as well as the first conversation between the leaders of Israel and Turkey since 2013.

According to Channel 12, during the call, which lasted some 15 minutes, Erdogan said that the fact that Natali Oknin has a five-year-old son with special needs was a factor in expediting her release.

Bennett thanked the Turkish leader on Thursday for his “personal involvement” in bringing about the release of the Oknins. He expressed his gratitude to Erdogan “for his personal involvement in returning Natali and Mordy Oknin to Israel,” the Prime Minister’s Office said in a statement. “The Prime Minister expressed appreciation for the Turkish side’s handling of the issue, at all echelons, in recent days, in order to resolve the matter.”

Bennett said the Oknins’ release was “a humanitarian matter” that was now resolved and “commended the lines of communication between the two countries, which were efficient and discreet in a time of crisis.”

The Oknins were released from Turkish prison late Wednesday night after eight days of detention for suspected espionage and returned to Israel on a private jet sent by the government to bring them home. 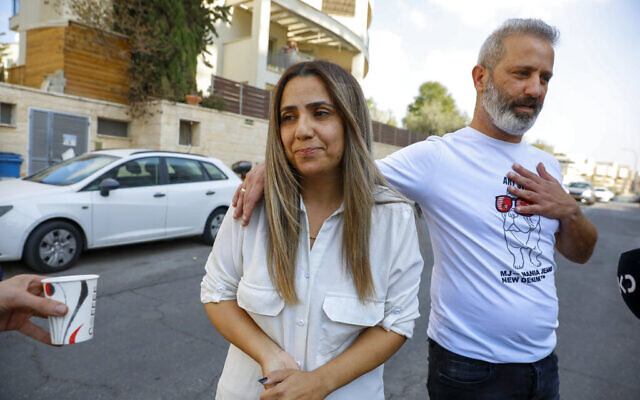 Natali and Mordy Oknin, who were held in Turkey for a week on suspicion of espionage, speak to journalists hours after they were released at their home in Modiin, on November 18, 2021. (AP Photo/Ariel Schalit)

Israel rejected the allegation that the Oknins, both of whom are bus drivers for the Egged company, were spies.

The development ended a saga that had involved concrete fears the two could remain in a Turkish prison for many years.

Unnamed political sources told Kan news that their release did not entail any deal with Ankara.

The Foreign Ministry sent a jet, along with two senior consular officials, to bring the pair back, and they arrived in Israel shortly after 6 a.m. Thursday. They then headed to their home in Modiin, where they were greeted by a crowd of relatives and supporters, many of whom wore T-shirts printed with a photograph of the couple. 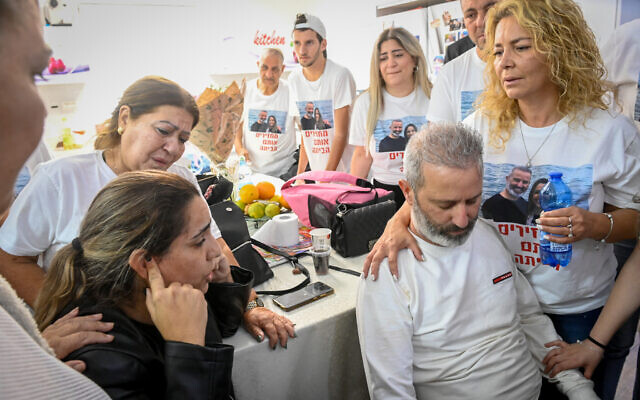 Natali and Mordy Oknin, an Israeli couple who had been jailed for photographing the Turkish president’s palace, seen with family members after their arrival at their home in Modiin on November 18, 2021. (Jorge Novominsky/Flash90)

The delicate diplomacy to secure their release was complicated by the fact that neither government currently has an ambassador in each other’s countries due to longstanding tensions between Ankara and Jerusalem.

Speaking to Israeli TV networks Thursday evening, Natali Oknin said the Israeli government had “saved” them. “They got us home… we felt like we were captives.”

Her husband Mordy said the two were held separately at different prisons.

“We didn’t know how it would end… but we always believed we would get home and that the State of Israel wouldn’t leave us there alone,” he said.