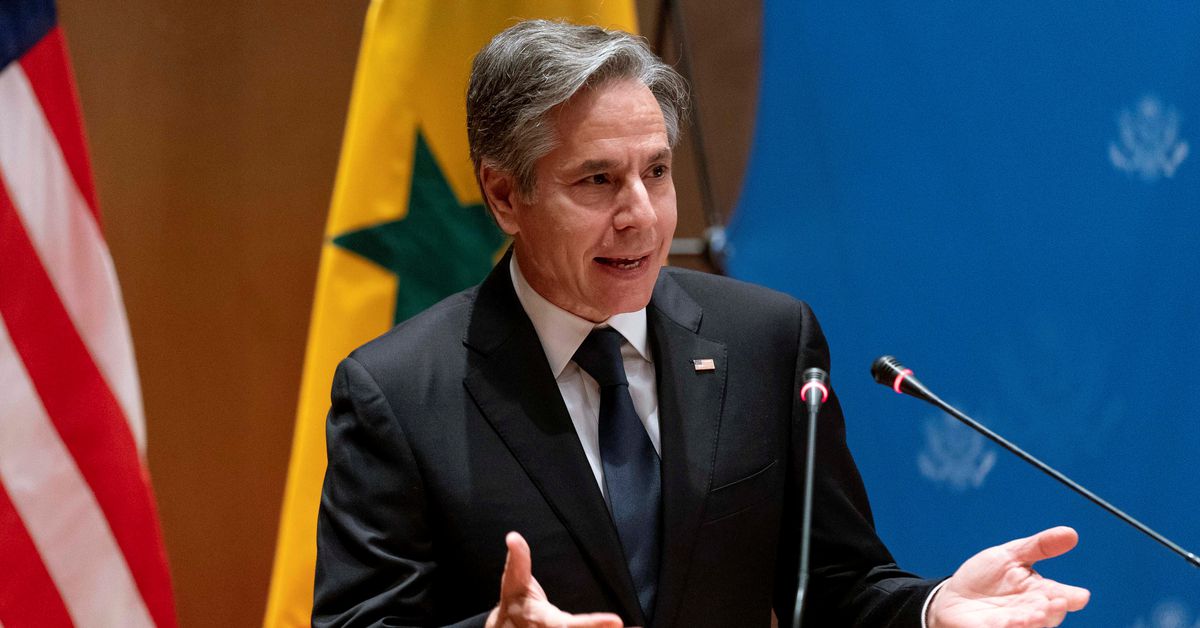 DAKAR, Nov 20 (Reuters) – U.S. Secretary of State Antony Blinken said on Saturday his country was investing in Africa without imposing unsustainable levels of debt, as he witnessed the signing of contracts worth more than $1 billion in Senegal’s capital Dakar.

The deals between four U.S. companies and Senegal are being billed as part of his country’s pitch to help Africa build infrastructure with transparent and sustainable deals. read more

Careful not to directly criticise Chinese infrastructure projects, which have proliferated in the past decade, Blinken said during a visit to Nigeria on Friday that international deals were too often opaque and coercive.

The United States is investing “without saddling the country with a debt that it cannot handle,” he said during the signing ceremony with Senegal’s Economy Minister Amadou Hott.

Senegal is the final stop on Blinken’s three-country tour of Africa, following visits to Kenya read more and Nigeria, where he has attempted strike a new tone from the era of former President Donald Trump, who disparaged some African nations and barred travel from six of them.