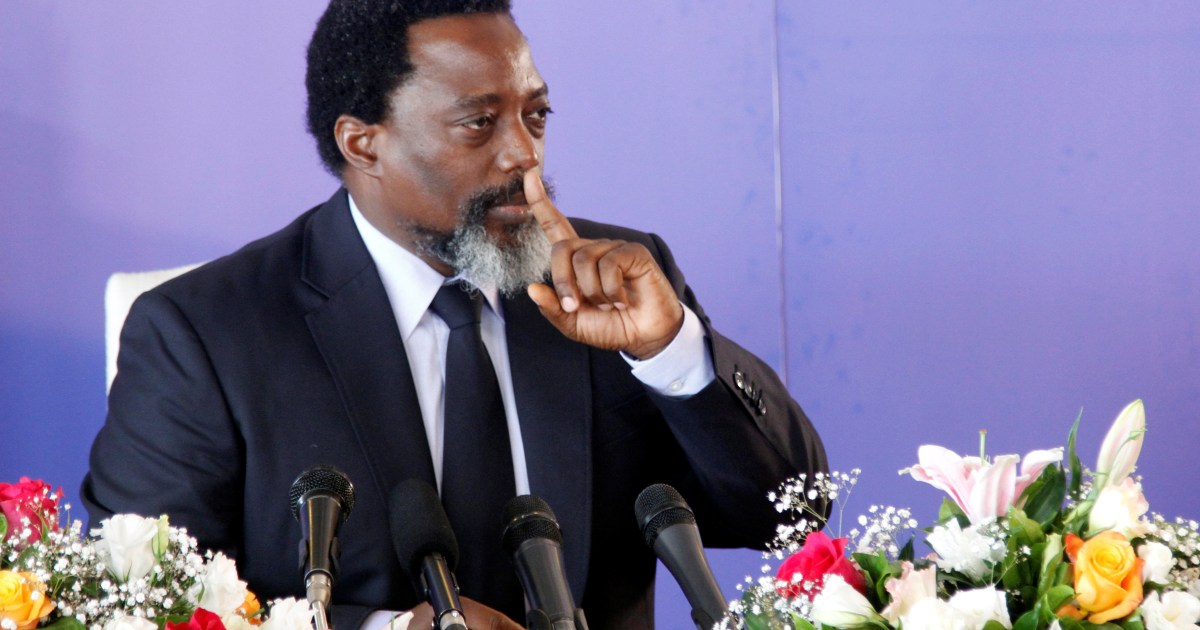 The largest leak of financial documents from Africa shows how a private bank in the Democratic Republic of Congo was used to channel at least $138 million of public funds to former President Joseph Kabila’s family and associates.

The Platform to Protect Whistleblowers in Africa, a Paris-based anti-corruption group known as Pplaaf, and France’s Mediapart obtained over 3.5 million documents covering nearly a decade of transactions at Groupe BGFIBank SA. A consortium of non-governmental organizations and media outlets coordinated by the European Investigative Collaborations network spent more than six months analyzing the information.

The leak, dubbed Congo Hold-up, catalogs how state funds transited BGFI, destined for companies owned by Kabila’s relatives and closest allies. The documents also show how the Chinese owners of some of Congo’s prized copper and cobalt mines used the bank to transfer millions of dollars to individuals and companies directly connected to Kabila’s family.

“Congo Hold-up is the biggest leak of sensitive data in African history,” said Pplaaf Director Henri Thulliez. “It exposes in great detail the tricks used by the bank and its clients to cover up endemic corruption, and the flaws in the international banking system enabling such deals. The banking transactions, emails and corporate records form a perfect handbook of how a kleptocracy works.”

The consortium of 19 media organizations, including Bloomberg News, and five non-governmental organizations spread across four continents will continue to publish articles based on their findings in the coming weeks.

BGFI didn’t comment on the revelations. The bank’s headquarters and Congolese subsidiary didn’t respond to emails, text messages and phone calls over the past five weeks.

Gabon-based BGFI, whose full name is Banque Gabonaise et Française Internationale, has branches in 10 African countries and France. It opened a unit in Kinshasa, Congo’s capital, in 2010, handing Kabila’s sister, Gloria Mteyu, a 40% interest in the subsidiary. The then-president’s brother, Selemani Francis Mtwale, was appointed to run the new lender.

Neither Mteyu nor Selemani – who are no longer involved in BGFI – provided comment to the consortium. Kabila’s spokesman didn’t respond to questions sent by text message, or answer multiple phone calls to follow up.

The documents show that after the president’s brother had been forced out of the Congolese unit in 2018, BGFI managers attempted to freeze the accounts of a firm linked to their ex-boss. Yet Selemani’s former deputies overruled them, authorizing large cash withdrawals as the Kabila family pulled money out of the bank, emails show.

The leaked records show that Congo’s central bank sent $94.5 million to entities connected to the Kabilas, while tens of millions of dollars arrived from other public institutions, including $20 million from the nation’s state-owned mining company Gecamines, Mediapart reported on Friday. Neither Deogratias Mutombo, the governor of the central bank from 2013 until earlier this year, nor Gecamines responded to questions sent by the consortium.

The same companies also received an additional $72 million from unknown sources that passed through BGFI’s account at the central bank, the records show.

Congo is by far the world’s biggest source of cobalt and Africa’s largest producer of copper — two metals that are key to the global revolution in electric vehicles.

Despite Congo’s immense mineral riches, during Kabila’s presidency the government’s annual expenditure never exceeded $5 billion — a meager budget for a country the size of Western Europe with a population of about 100 million people. In 2018, Kabila’s final year in power, his administration spent less than $230 million on healthcare, according to data published by the Budget Ministry.

Congo Inspector General of Finance Jules Alingete Key, the country’s top anti-corruption official, described BGFI as a “mafia bank” in an interview with the consortium.

As both a former Belgian colony and an independent country, Congo has a long history of its leaders extracting the nation’s wealth for their personal benefit. The role played by BGFI and Selemani in this story has been unpicked gradually since 2016, when a former compliance officer at the Kinshasa subsidiary leaked a much smaller cache of documents from the bank.

As the allegations accumulated, BGFI reacted by restructuring its Congo branch. In 2018, the Gabonese headquarters removed Selemani as chief executive officer and reclaimed Mteyu’s shares – a stake she never paid for, the documents show.

Under pressure from the international community, Kabila reluctantly stepped down as president in early 2019 after nearly two decades in office. The current head of state, Felix Tshisekedi, has steadily reduced Kabila’s political influence by purging his predecessor’s loyalists from Congo’s government. Kabila has never been charged with wrongdoing by any government authority.

In the twilight of Kabila’s presidency, BGFI and Selemani worried about being sanctioned by the U.S. government, the leaked documents show. Congo relies on the U.S. dollar for most transactions, so being cut off from the American financial system could have forced the bank to close.

The top auditor at BGFI’s Congolese unit completed an internal investigation in mid-2018 that identified almost 30 clients linked to executives and senior managers of the bank, as well as the Kabila family. The report, which found rampant undeclared conflicts of interest, ranked the bank’s governance as “unacceptable” and “very high risk.” It suggested some transactions were fraudulent.

As Selemani’s grip on the Kinshasa subsidiary slipped, the presidential clan panicked and over eight months in 2018 drained their accounts at BGFI of approximately $30 million still held at the bank. The documents show that over six years more than $80 million in cash was withdrawn from accounts held at BGFI by the group of companies under Selemani’s control — with a single individual taking out more than $50 million.

At one point, when the exodus was at full tilt, a manager fretted that because of the “massive withdrawals” BGFI Congo would run out of dollars, according to a presentation prepared for the bank’s audit committee.