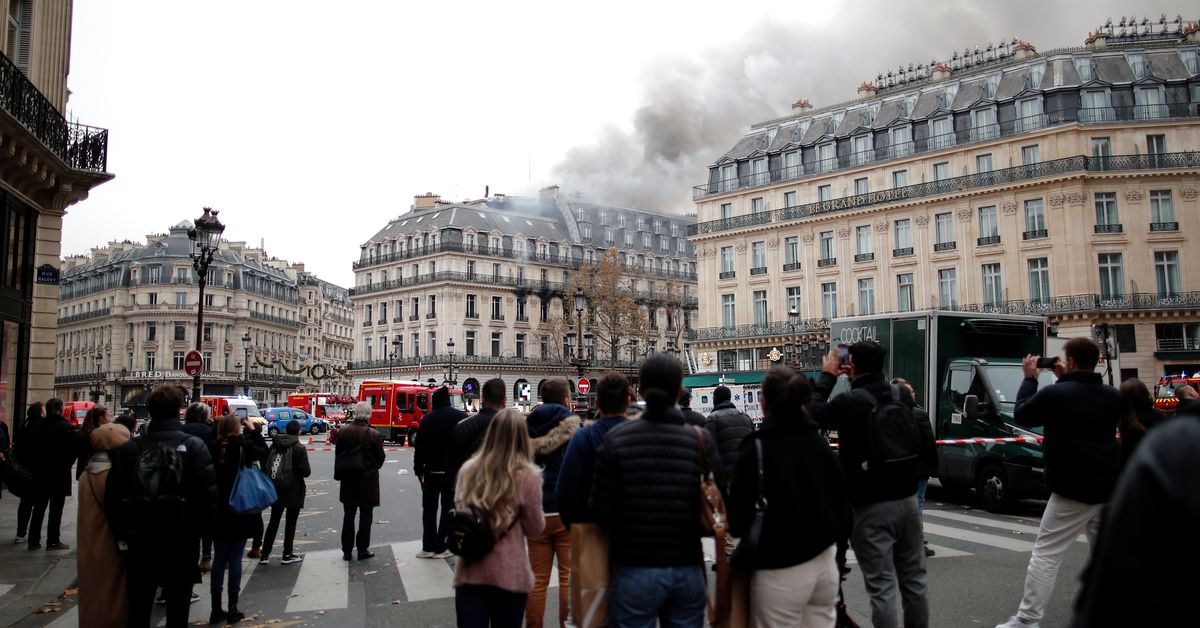 PARIS, Nov 20 (Reuters) – A large fire broke out in a building on boulevard des Capucines, near the Place de L’Opera square in central Paris on Saturday, sending clouds of smoke rising into the air.

“Firemen are intervening, avoid the area,” the Prefecture de Police said in a statement on Twitter.

People watch as smoke billows from a building affected by a fire near the Opera Garnier in Paris, France, November 20, 2021. REUTERS/Benoit Tessier

It was not immediately clear what caused the fire.

(This story refiles to correct typo in headline)