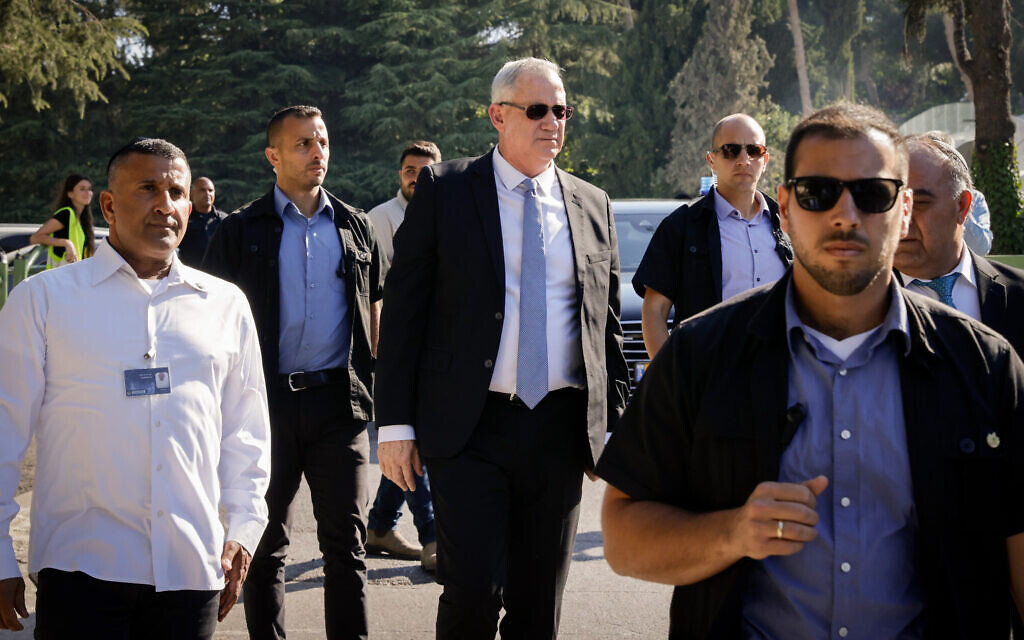 The Shin Bet security service revealed Thursday that it had arrested Omri Goren — a convicted bank robber who has served multiple prison terms — for allegedly offering to spy on Gantz for Iran.

Goren was hired before Gantz became defense minister, and it appeared that the Shin Bet never looked into his personal history. Gantz was chief of staff of the IDF before he entered politics.

According to Channel 12 news, Goren reached out to Black Shadow on the Telegram messaging app using a fake identity, and said he worked for the defense minister and could help the hacking outfit in various ways.

He also reportedly offered to plant a bug on Gantz’s computer in exchange for money.

The network, without citing a source, said that “heads could roll” soon at the Shin Bet over the complete failure of the agency to vet a person working in such a sensitive position.

The report came after the Shin Bet announced the formation of a committee to probe how it performs background checks on people who work closely with senior officials. Security officials also acknowledged failing in the Goren case.

According to the Shin Bet, Goren reached out earlier this month to “a figure affiliated with Iran and offered to help him in different ways, in light of his access to the minister’s home.”

In an indictment filed Thursday against Goren, the figure was identified as a representative of Black Shadow, which carried out a major cyberattack on Israeli civilian websites last month, stealing data from a popular Israeli LGBT dating site, among other things.

Though the charge sheet did not explicitly deal with Goren’s motivations, it indicated that he was acting out of financial considerations, allegedly telling the group that he would “transfer information from the house to [Black Shadow] in exchange for a sum of money.”

According to the indictment, he took photographs of Gantz’s desk, computer, phone and tablet; a closed safe and a shredder; pictures of Gantz and his family; and a copy of the minister’s local property tax payments.

Goren’s attorney said his client admitted to some of the offenses he was accused of, but denied carrying out the security-related crimes attributed to him.

Goren’s attorney, Gal Wolf, told The Times of Israel that his client “was not exposed to any security-related materials” while working in Gantz’s home — reiterating the Shin Bet security service’s claim.

Asked if his client admitted to reaching out the Black Shadow hacking group, Wolf refrained from commenting.

“We will receive the evidence and see who he contacted,” Wolf said.

Sorgente articolo:
Gantz’s house cleaner asked for just $7,000 to spy on him for Iran — TV – The Times of Israel