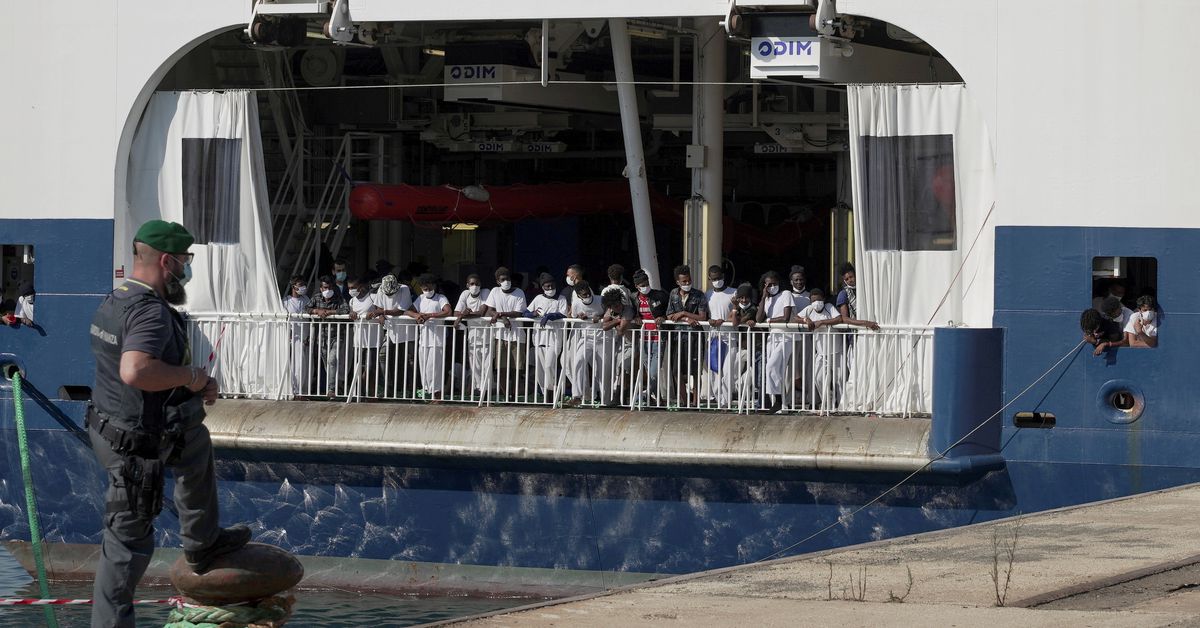 ROME, Nov 19 (Reuters) – A boat carrying the bodies of 10 migrants found dead at sea arrived in Sicily on Friday, along with dozens of people it rescued this week as they tried to cross the Mediterranean.

The crew of the Geo Barents vessel, run by charity Doctors Without Borders (MSF), found the corpses on an overcrowded boat 30 nautical miles off the Libyan coast.

They are believed to have died from suffocation after spending 13 hours on the boat’s lower deck where there was an intense smell of fuel, MSF said in a statement.

Some 186 people rescued in three separate operations in international waters will disembark in Messina, a port on the southern Italian island, MSF said.

The migrants – mostly from Africa – include 61 minors, the youngest aged just 10 months.

“We hope they will get all the assistance they need,” MSF said on Twitter, adding those who died will now have “a decent burial”.

Italy has seen a sharp increase in boat migrants in recent weeks and the latest mass arrivals will put further pressure on Prime Minister Mario Draghi’s government to secure an agreement with European Union partners over how to deal with the influx.

Some 59,702 migrants have disembarked in Italy this year, according to interior ministry data, up from 32,476 in the same period in 2020.

MSF said over 1,200 people had died during the perilous sea journey to reach Europe so far in 2021.