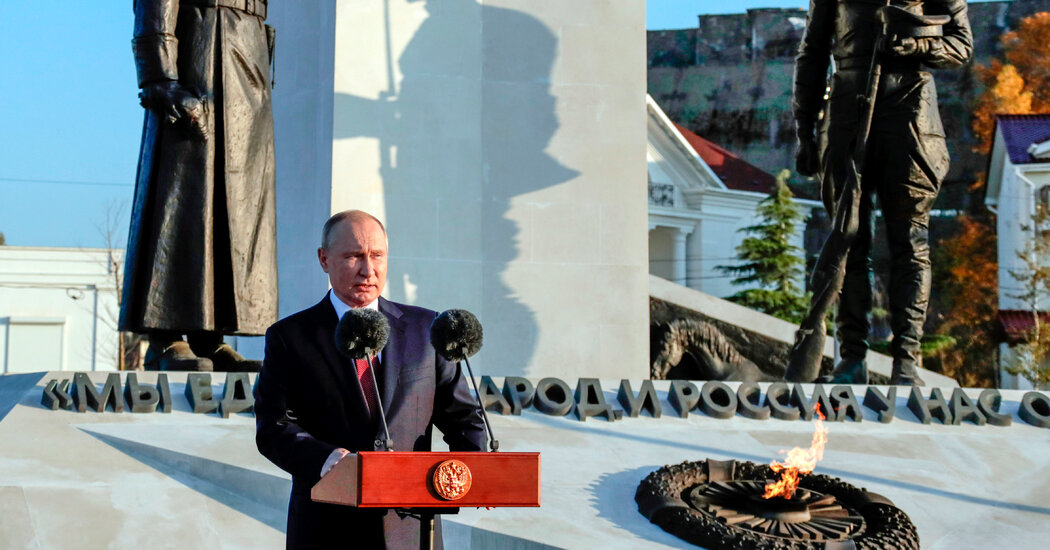 “I welcome signs of readiness on the other side not just to produce and promote its own points and views,” Mr. Ryabkov, the deputy foreign minister, said, “but also to listen to what we are telling them.”

Before he sat down with Mr. Putin in Geneva in June, Mr. Biden met with leaders of the Baltic countries to assure them that the United States would continue to honor its defense commitments under the NATO alliance. The administration, people familiar with its thinking said, believes more direct talks — including possibly a conversation between Mr. Biden and Mr. Putin — will be necessary to further understand Moscow’s intentions, rather than simply relying on old-school Kremlinology.

But Ms. Skaisgiryte, the Lithuanian foreign-policy official, said the United States needed to be careful in engaging with Russia even as Mr. Putin claims, as he did on Thursday, that Russia is a “peace-loving” state.

“We have to not be naïve,” Ms. Skaisgiryte said. “We have to be very vigilant about what he does on the ground, and not to put ourselves into the trap of Putin’s rhetoric.”

What does Mr. Putin want? Ms. Skaisgiryte’s answer is simple: “To restore the Soviet Union.”

Mr. Trenin, the Carnegie analyst, said Mr. Putin had little interest in full-fledged invasions and occupations of other countries, given that the Soviet invasion of Afghanistan in the 1980s helped precipitate the collapse of the Soviet Union. But he said securing an international commitment to Ukraine as a neutral state, with its more pro-Russian east being given some autonomy, was a critical priority for the Kremlin.

“President Putin has come to the conclusion that normal diplomatic channels, means, forms and methods are not working,” Mr. Trenin said. “The situation is, potentially, a rather bad one.”